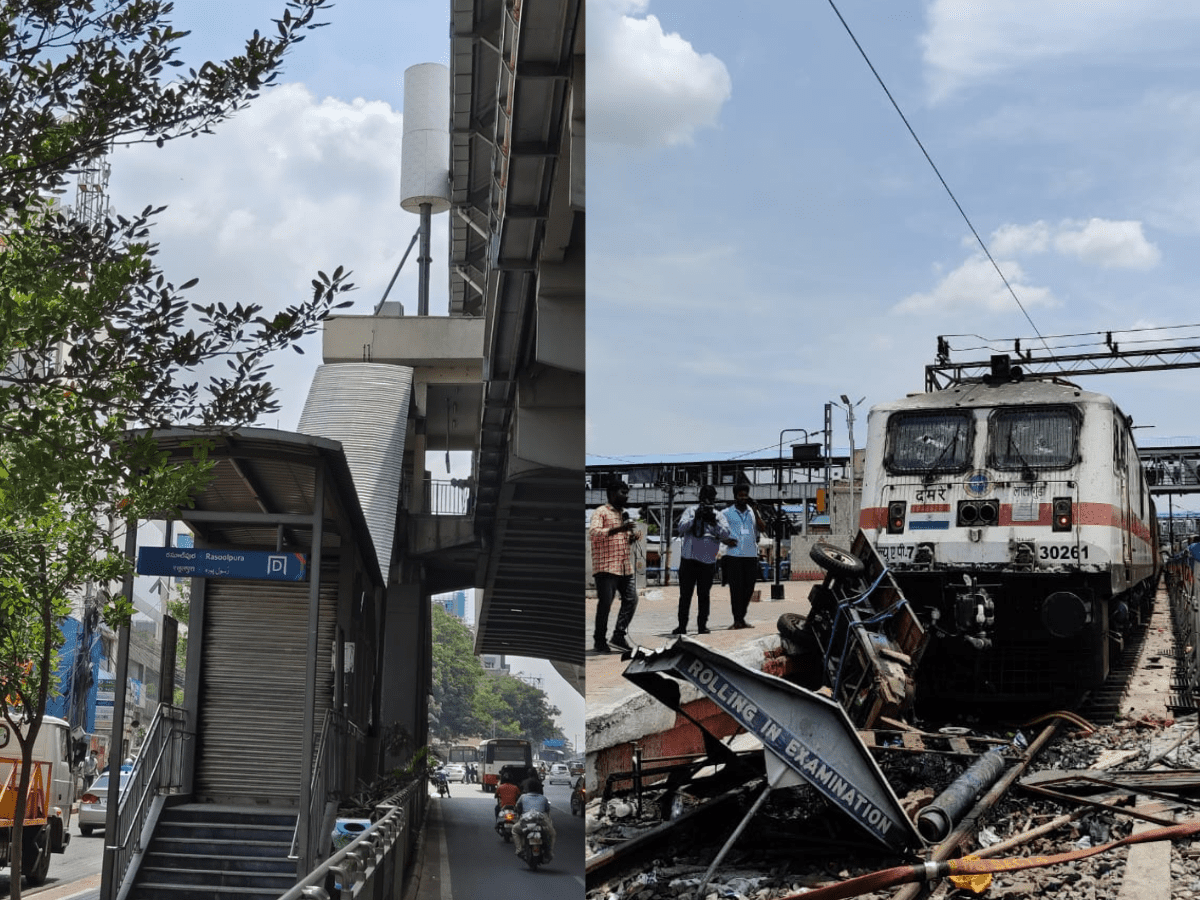 Hyderabad: MMTS and Metro services have been cancelled as a result of violent protests which broke out at Secunderabad Railway station on Friday against the Union government’s Agnipath scheme.

Further, all shops around Secunderabad have been shut and a curfew has been imposed around the railway station. All major roads around the area have also been blocked.

One dead, many injured, all aggrieved: Hyderabad’s Agnipath protestors

From Secunderabad Railway Station, the following trains Cancellation / Partial Cancellation/Diversion of Train services as detailed below:

from Lingampally to Hyderabad:

From Lingampally to Falaknuma

From Falaknuma to Hyderabad

From Ramanathapuram to Falaknuma:

The violent protest broke out at Secunderabad Railway Station on Friday against the Central government’s ‘Agnipath’ scheme for recruitment in the armed forces. The situation grew tense after students set two bogies on fire during the protest. Students also pelted stones at buses.