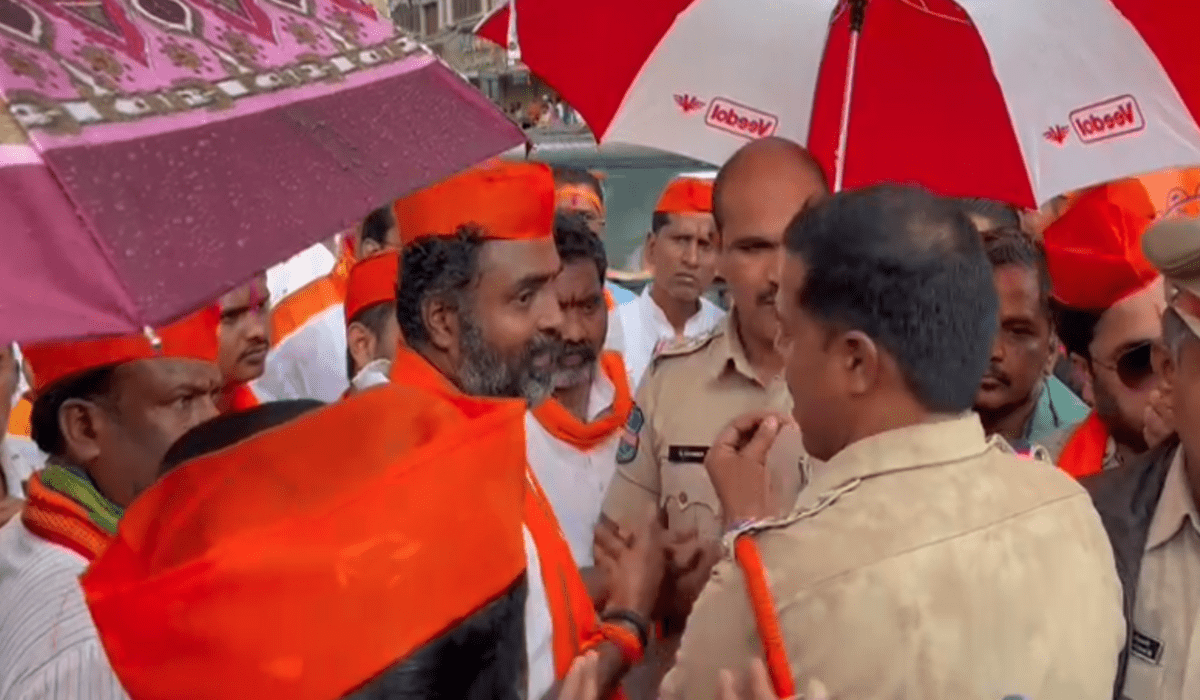 Hyderabad: Mild tension prevailed at Shahalibanda when former corporator and BJP leader A Jitendra picked up an argument with police when they attempted to stop the band and slow down the procession on Friday afternoon.

The police had stopped the procession at Rajesh Medical Hall junction to facilitate namaz at the historic Mecca Masjid.

However, the BJP leader argued with the police officials and questioned them.

The police tried to explain the reasons but the BJP leader and his supporters were unwilling to listen.

Later the police allowed the procession to proceed as the prayers had culminated at the Mecca Masjid.
Senior police officials are monitoring the procession

Hundreds of idols were taken out in processions to Hussain Sagar lake in the heart of the city and dozens of other lakes in and around the city.

The main procession started from Balapur on the southern fringes of the city. It will cover a distance of about 20 km passing through the old city and other parts of the city to reach Hussain Sagar, where authorities have made elaborate arrangements for immersion.

Several tributary processions will join the main procession, claimed to be the biggest gathering for immersion after Mumbai.

As the day is coinciding with Friday prayers, police have made additional security arrangements, especially in the communally sensitive old city.

Policemen and personnel of the Rapid Action Force (RAF) were deployed near the historic Mecca Masjid and Charminar as the main procession passed through the area.