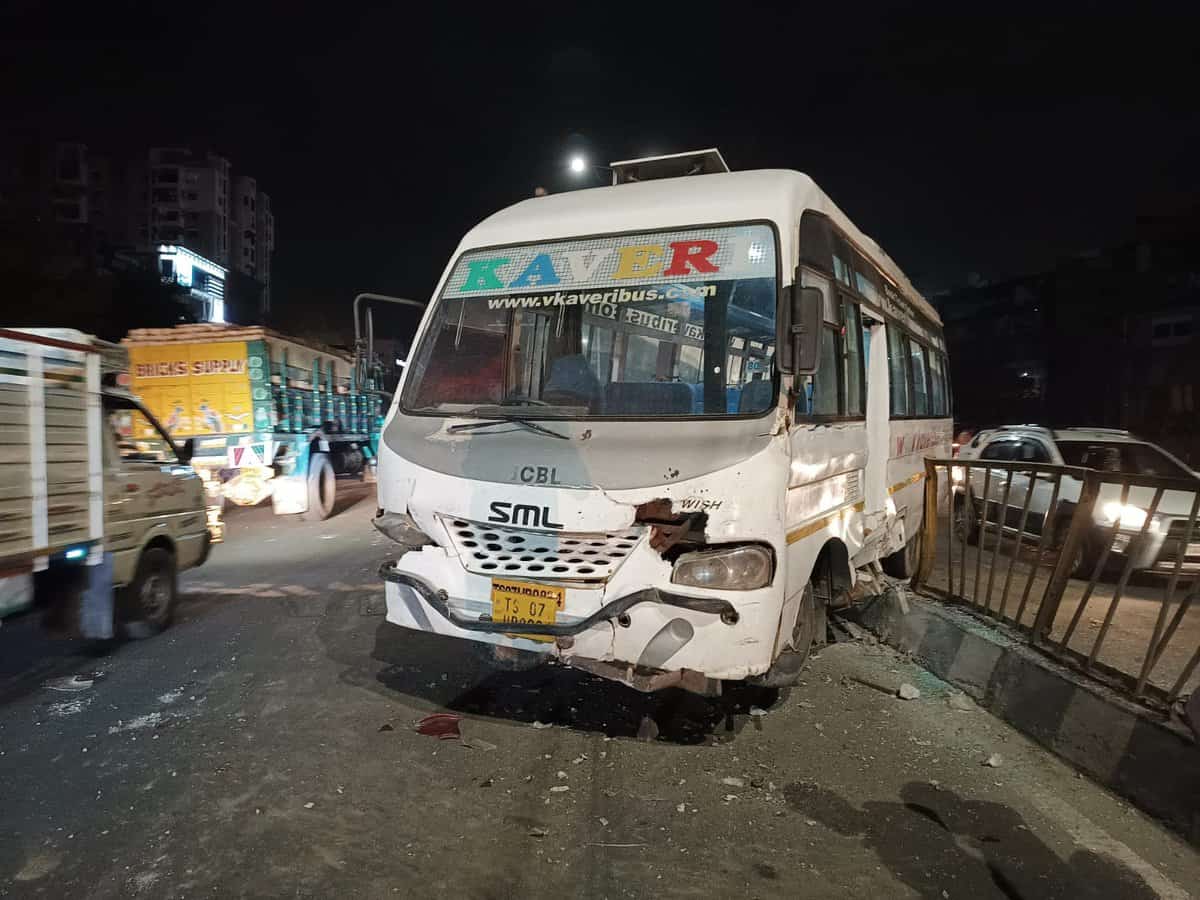 Hyderabad: A private minibus full of passengers crashed into the road divider at Madinaguda, Hyderabad at around 10:40 PM on Sunday.

A Honda Activa bike with a couple that was passing by on the other side of the road was hit by the divider’s broken barricade due to the crash and the female pillion rider died on spot due to heavy bleeding and injuries. An XUV car was also partially damaged due to the accident.

Hyderabad: Hi-tech traffic signals to be operational from August 1

Speaking to Siasat.com, the couple’s relatives informed that the couple was going home after watching a movie at the GSM Mall, Madinaguda when the accident took place. Passersby immediately took the couple to Pranaam Hospital nearby for treatment. Doctors ascertained that the pillion rider, G Manasa was dead on arrival while her husband, Bharadwaja Ghali, who was driving the bike suffered minor injuries and is undergoing treatment.

The police immediately reached the spot, cleared the traffic, and took the driver of the minibus into custody. The couple lives in Madinaguda and both work as IT professionals in Gachibowli.

Speaking to Siasat.com, passersby claimed that the private minibus lost control after a tire burst. The Police informed that an investigation is underway.