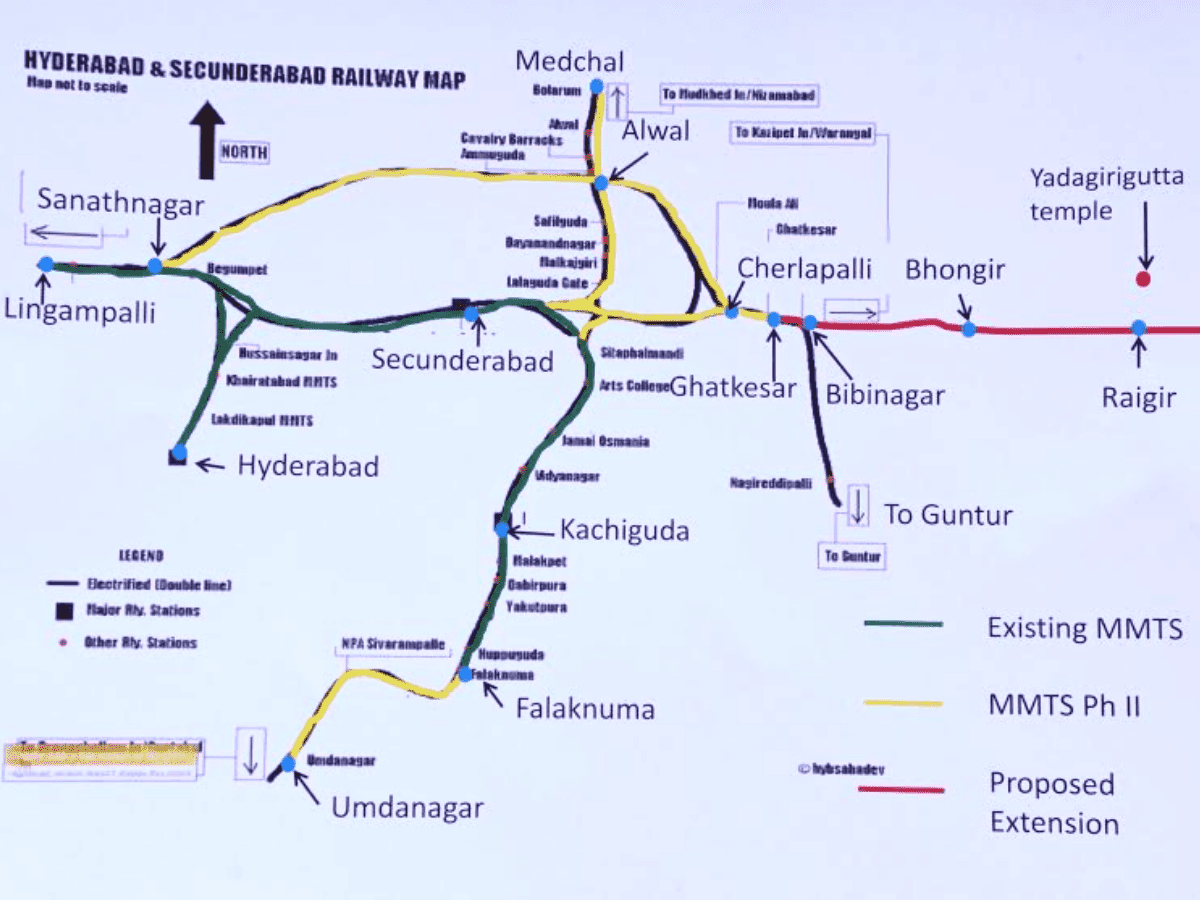 In an Right to Information (RTI) filed by the activist, he asked for justification from South Central Railway (SCR) regarding the condition of the railway stations between Secunderabad and Medchal. However, no clear response was provided to the questions.

The SCR said that the MMTS phase II project is being handled by Rail Vikas Nigam Limited (RVNL), and that SCR has no information regarding the damage of property.

The SCR on inquiring with Neredment police station, said that no complaints have been filed regarding the issue.

According to a report by Hans India, locals and social activists had previously pointed at the broken infrastructure at the Neredmet railway station. It also reported of occurrence of illegal activities at the railway station during night.

“SCR says RVNL hasn’t handed over yet, RVNL says it does not pertain to them, and the State government has delayed the funds to complete the project,” tweeted Robin.

Hyderabad: As work from home comes to end, demand for MMTS phase 2 rises

Due to delays, first from the railways and then from the state government, the original sanctioned cost of MMTS Phase II has risen from Rs 816 crore to Rs 1,150 crore over the years.

So far, only Rs 179.02 crores has been released by the Telangana government to build the 84.05 kilometres stretch of MMTS phase II project.

The state government had said that it would fund 2/3rd share for the project, worth Rs 547 crores. This leaves a balance of Rs 368 crores of funds pending to be released to complete the MMTS phase II project.