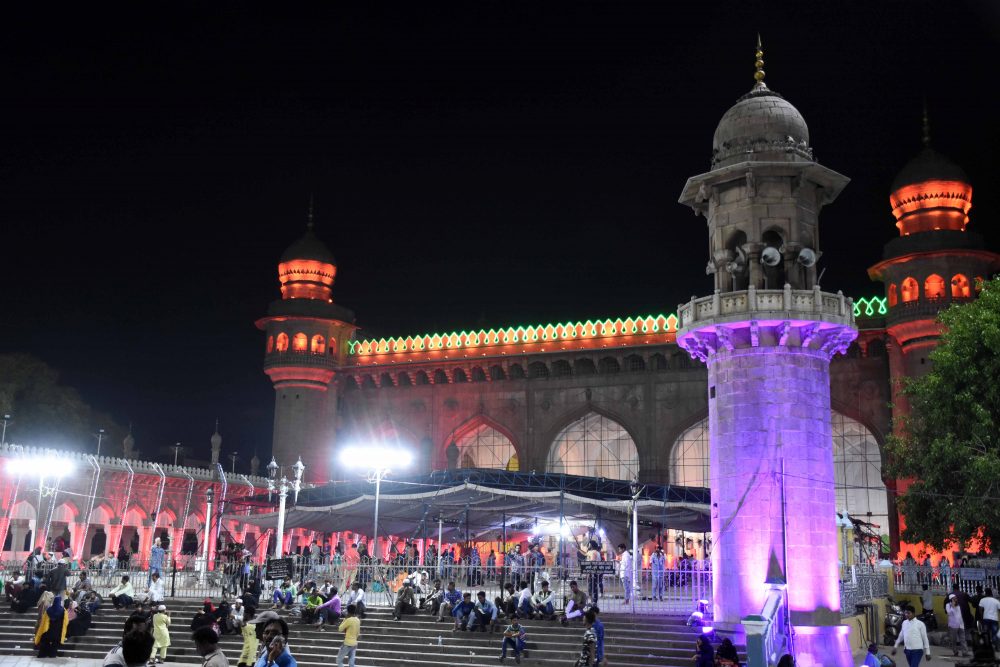 Hyderabad: With thousands of Muslims offering ‘tarawih’ prayers at important mosques in the city, including Mecca Masjid, many are however also about mobile phone theft after the prayers culminate

Mohd Khasim, a regular visitor to the Mecca Masjid, complained to the Hyderabad city police that every day during ‘tarawih’ prayers one or two mobile phones are stolen from namazis while they meet the imam of the mosque after prayers are done.

Regulars to other mosques also told Siasat.com that such instances are common during Friday prayers in Ramzan especially when prayer halls are crowded. Thieves apparently mingle with people in mosques and when they see an opportunity, steal mobile phones from the pockets of namazis.

“We suspect gangs of notorious property offenders are visiting mosques during prayers and stealing the mobile phones. Closed circuit cameras installed in the mosque are of little help,” said a security guard of the mosque on condition of anonymity.

The historic Golconda era (1518-1687) Mecca Masjid falls under the Hussainialam police station. A sub inspector and a few constables are posted outside the mosque from the station for security purpose every day. However, the internal security is manned by the home guards attached to the Mecca Masjid who work under Minority Welfare Department.

Such complaints of theft are also common from other important mosques like the Vazir Ali mosque at Fateh Darwaza, Shahi Masjid – Bagh–e Aam at Public Gardens, Spanish Mosque at Begumpet, Jamia Masjid Musheerabad and other places.

According to security officials, after stealing mobile phones, one member of such criminal gangs passes it on to another, who again gives it to the third, making it difficult for any person to nab and recover the phone from thieves. In some instances, the thief himself asks the victim to prove that he had stolen the gadget.

Instances of theft of motorcycles are also common as the people park their vehicles on the road and rush for prayers. Moreover there is no security for parked vehicles with the mosque managements failing to deploy security guards or the local police posting any policemen due to staff crunch.

When contacted, a senior official of the Hyderabad Commissioner’s Task Force said that the local gangs are active at crowded place whether it is mosques, temples or other religious places. “Local police put up boards warning the public against the pocket pickers and ask them to be cautious. Nevertheless, we will also send our men who are in civilian clothes to identify and nab the thieves,” said the official