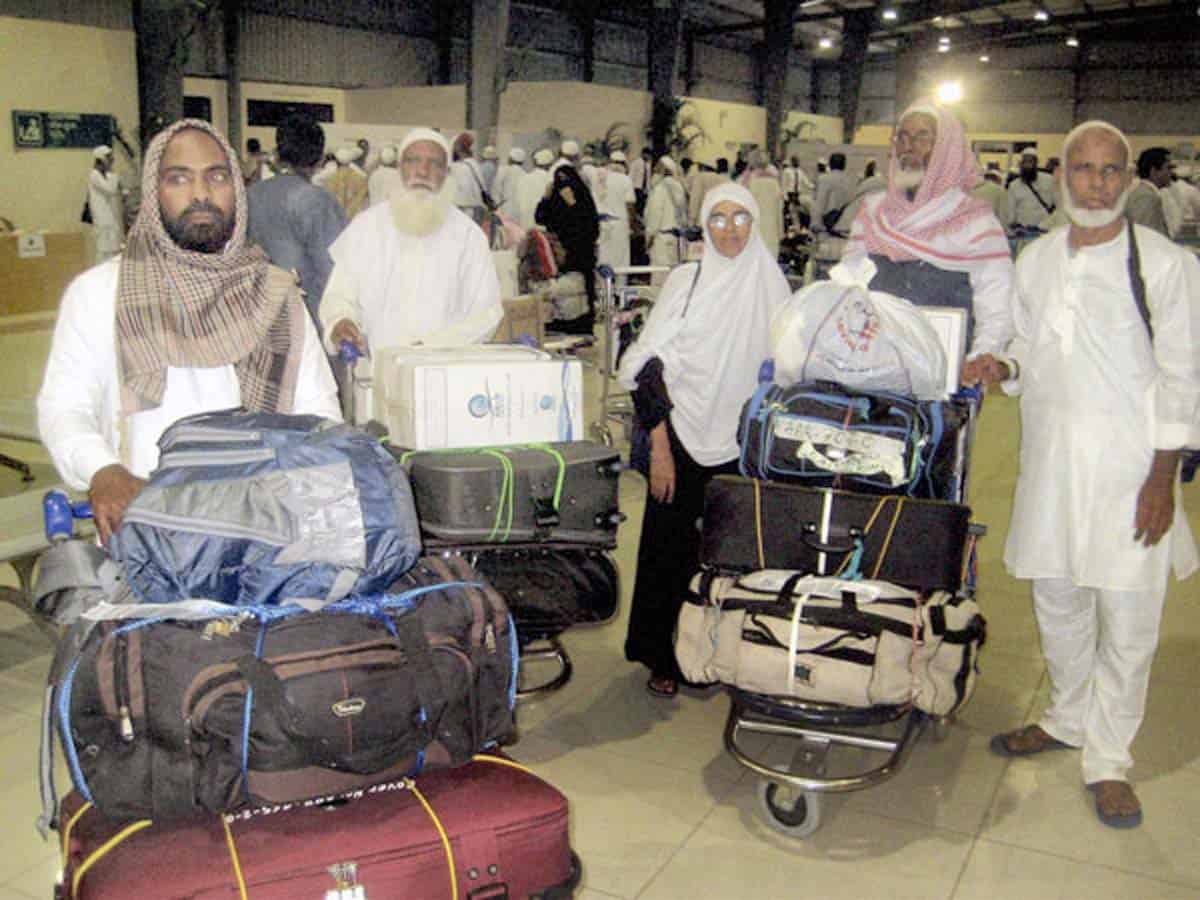 Hyderabad: The second group of pilgrims of Telangana’s Haj committee arrived at Shamshabad International Airport on Friday from Madina Munawara who were received by Telangana Haj Committee Chairman Mohammed Saleem.

With this latest arrival of 372 pilgrims, the total number of Hajis returning after Hajj 2022 reached 744.

Saleem received each pilgrim individually and congratulated them for performing the Hajj.

The pilgrims expressed their satisfaction over the arrangements made for their comfort in Saudi Arabia.

Saleem along with the committee members Syed Ghulam Ahmad Husain, Jafar Khan, Irfan Ul Haq and other officials helped in transporting the pilgrims’ luggage after ensuring a smooth completion of customs, immigration and other formalities.

A conveyor belt facility was available for transporting the pilgrims’ luggage. The Haj committee volunteers helped those pilgrims who were on wheelchairs.

The pilgrims said that they did not face any inconvenience during their stay in Makkah and Madina Munawara. A  medical team was available for their healthcare.

The airport authorities made proper arrangements for those who came to receive the pilgrims by providing them with sufficient space for parking.

Emotional scenes were witnessed between the pilgrims and those who came to receive them.  Pilgrims were heavily garlanded with flowers.