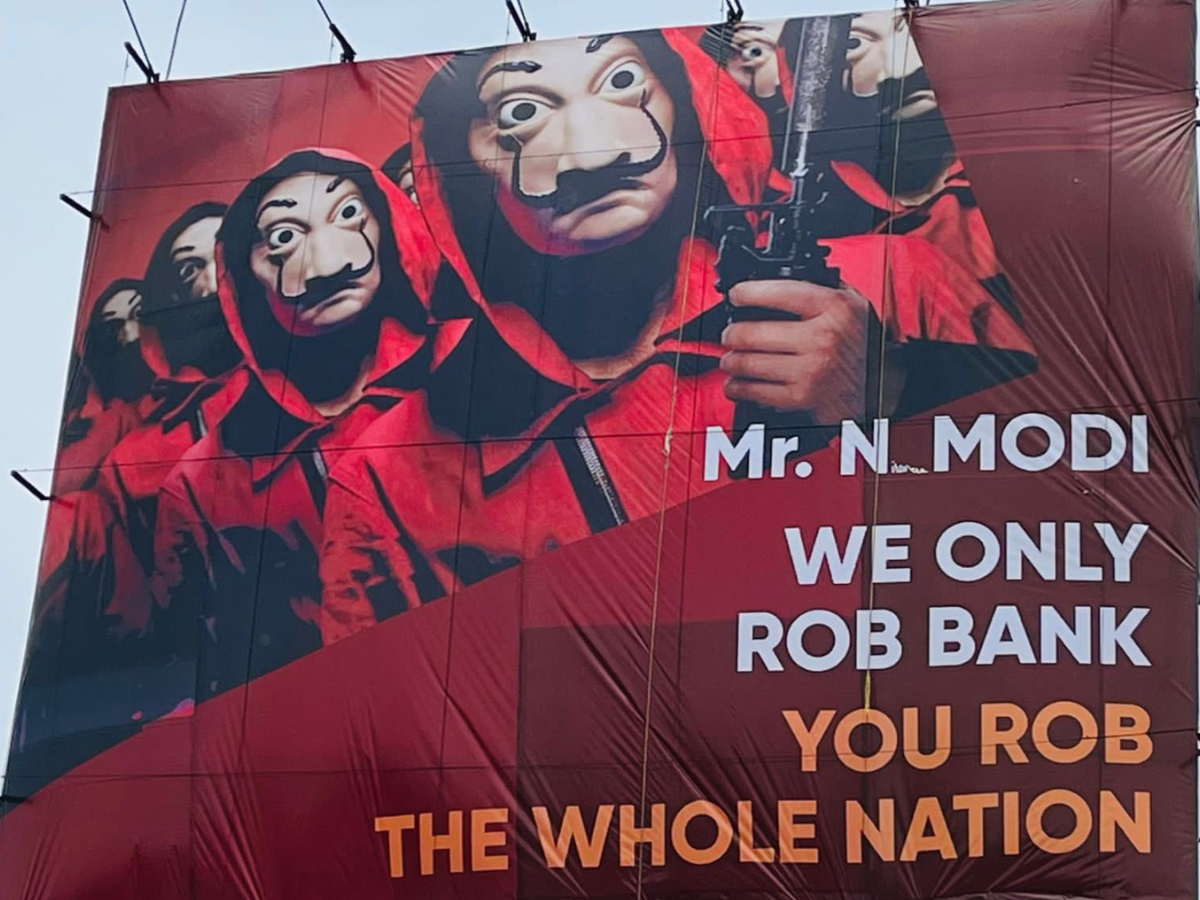 Hyderabad: Another poster was put up in the city ahead of Bharatiya Janata Party’s national executive meeting which is to be held on July 2 and 3. The new poster, in LB Nagar circle, accuses the Prime Minister of stealing from the public.

The new hoarding shows characters from the hit show ‘Money heist’ in which masked criminals attempt to steal from a bank. The image is captioned “Mr N Modi, we only rob bank, you rob the whole nation.”

Social media convenor of the state ruling party Telangana Rashtra Samithi (TRS) Satish Reddy posted an image of the hoarding on Twitter and said, “What creativity!”

Hyderabad: Security up near Charminar in view of BJP meeting

This is not the first time that such hoardings and posters have been installed around the city. In February this year, when Prime Minister Narendra Modi was in Hyderabad on February 5 to unveil the Statue of Equality, a group of youngsters protested at the Hussain Sagar Lake asking several questions on job creation, ITIR for Telangana, Rail Coach Factory, Turmeric Board, Bayyaram Steel Factory and the setting up of an IIM in the state.

On May 26, Modi visited Hyderabad to participate in the completion of 20 years of the Indian School of Business (ISB) and address the graduation ceremony of the Class of 2022. Several posters, allegedly put up by the supporters of the ruling Telangana Rashtra Samithi (TRS) party, sprung up on his way to the university asking him questions about the various pending projects.

Prime Minister Narendra Modi will be visiting the city of Hyderabad on July 2 and 3 to attend the national executive meeting of the BJP at the Hyderabad International Convention Centre (HICC).

Several chief ministers of BJP-ruled states are also expected to be present during the national-executive meeting. The Prime Minister last visited the city to participate in the 20th annual day celebrations of the Indian School of Business (ISB) and the graduation ceremony of the postgraduate programme class of 2022 of the business school.