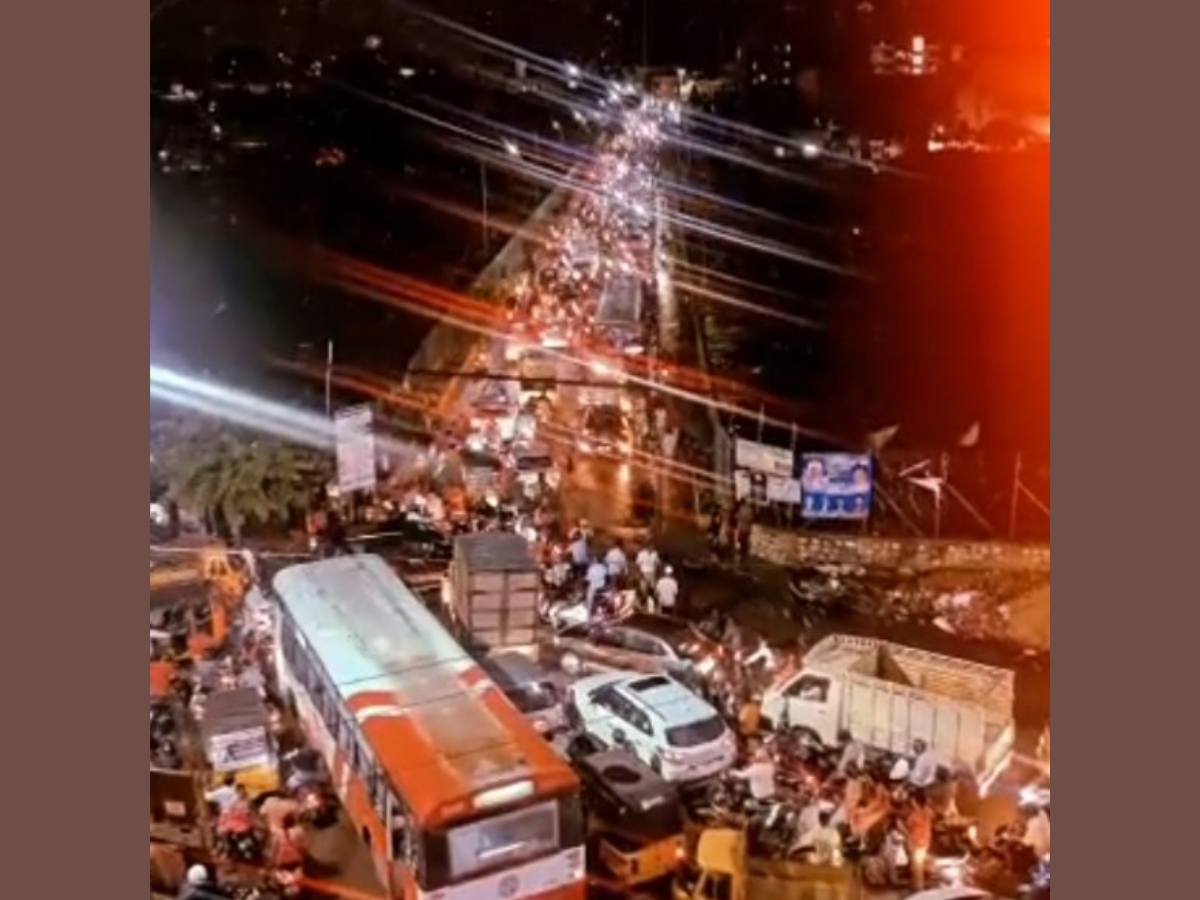 Hyderabad: Due to the high flow of rainwater in the Musi river, the traffic police on Tuesday shut down the Moosarambagh bridge.

Barricades had been set up by traffic police to prevent any vehicles from entering the bridge, and they had also issued a warning advising people to take alternate routes through Golnaka or Chaderghat to get to Amberpet and other locations.

In light of the significant flooding, the traffic police also shut down the new Jiyaguda road that parallels the Musi River in Puranapul.