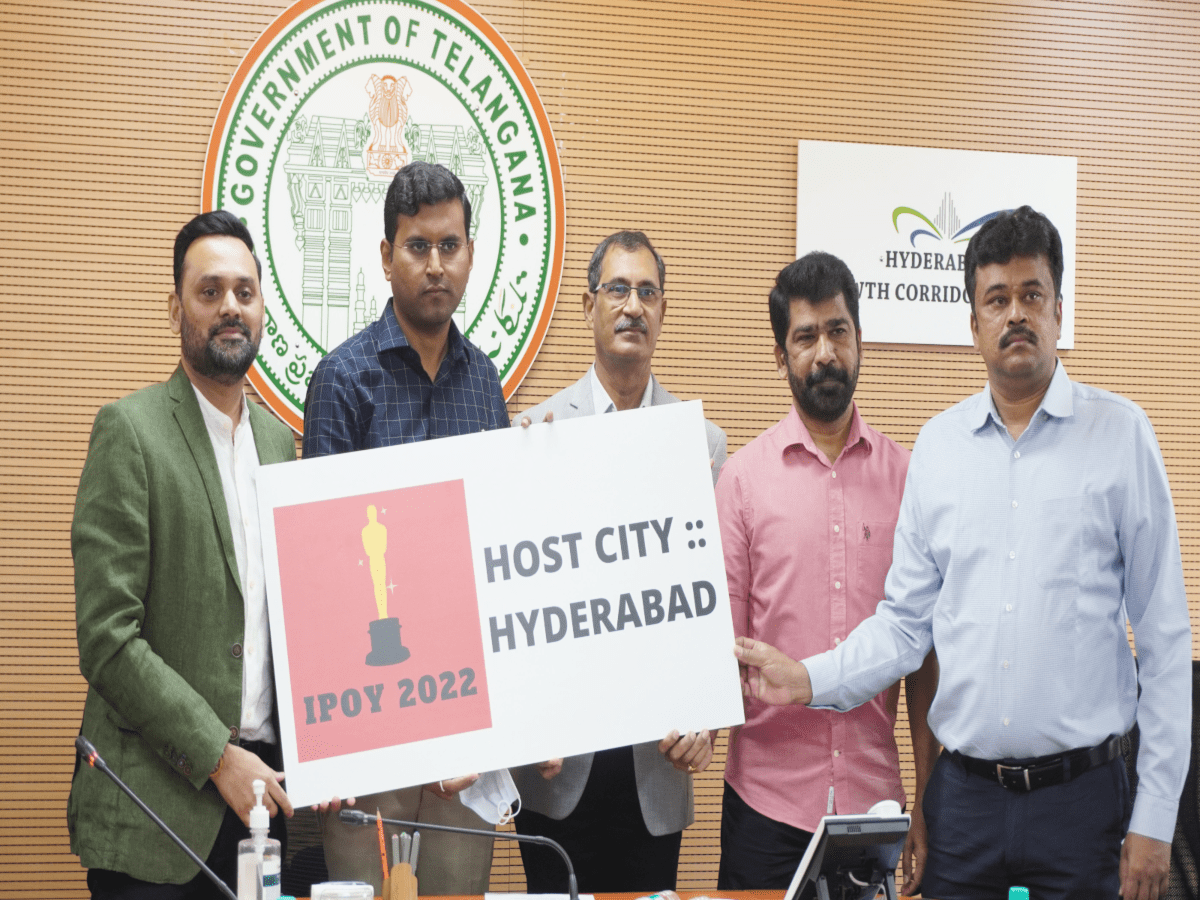 Hyderabad: Hyderabad will host the International Photographer of the Year Awards (IPOY 2022) in September 2022 were more than 5000 photographers from 65 countries are expected to compete.

All the award-winning photographers will be flown to Hyderabad. This will help position Hyderabad, its brand, culture and identity. Hyderabad is already a global city.

The contest allows us to showcase the city, its culture, uniqueness to the community of global photographers and others said Mr BM Santhosh, IAS, MD, Hyderabad Growth Corridor Limited (HGCL) and Secretary the Hyderabad Metropolitan Development Authority(HMDA) while addressing a Press conference in the city at HMDA Office at Khajaguda on Friday.

Speaking further the HMDA officer said, though the HMDA is an urban planning agency of Hyderabad in Telangana is equally responsible not just for planning but also to showcase its infrastructure, promoting the city, art and culture. That is the reason why HMDA is associated with the Awards program which is said to be a comprehensive set of awards in photography being held for the first time in South Asia.

The Indian Photo Festival (IPF) has been exposed to more than 4 million audiences and its website is visited from 140 countries. Seven editions are held so far. This augurs well for us. Though Hyderabad is well known globally, we will still improve its stature. More people will discover Hyderabad. It helps us to promote the city, Mr BM Santhosh added.

“Photography can change the world. It has been a great educator. It has the power to change your perspective on life. It is a universal language. It records history, flashes it back to the bygone era. It preserves beautiful memories. It has the power to stop time for a moment. Now it will add its power to promote Hyderabad globally”, said Aquin.

A pool of $ 25000 worth of cash and camera gear are to be won by the winners. It will open for accepting entries from photographers from around the world from March 21st. And the last date will be June 21st. Shortlisted winners will be announced on August 15. The awards will be presented on September 10, 2022, in Hyderabad. All the award-winning photographs will be showcased at the IPF exhibition to be held in Hyderabad from September 11 to October 12th, shared by Mr Aquin Mathews.

Mr P. Ramakrishna Rao, President of CREDAI Hyderabad said the 400 plus years old city of Hyderabad has many monuments, rocks, landscapes and attractions, which can be showcased well to an international audience. IPOY 2022 helps promote Hyderabad and attract more visitors to the city. He also advised the organizers to incorporate the “Host City Award”

According to Aquin, the objective behind this awards program is to discover compelling images, help photographers to get their works validated and earn recognition for good work. It will also help build a community. “The winning images and winning photographers will get an opportunity to travel to different locations in the world and promote their works as well. Our mission is to make photography accessible to all”, Aquin said.