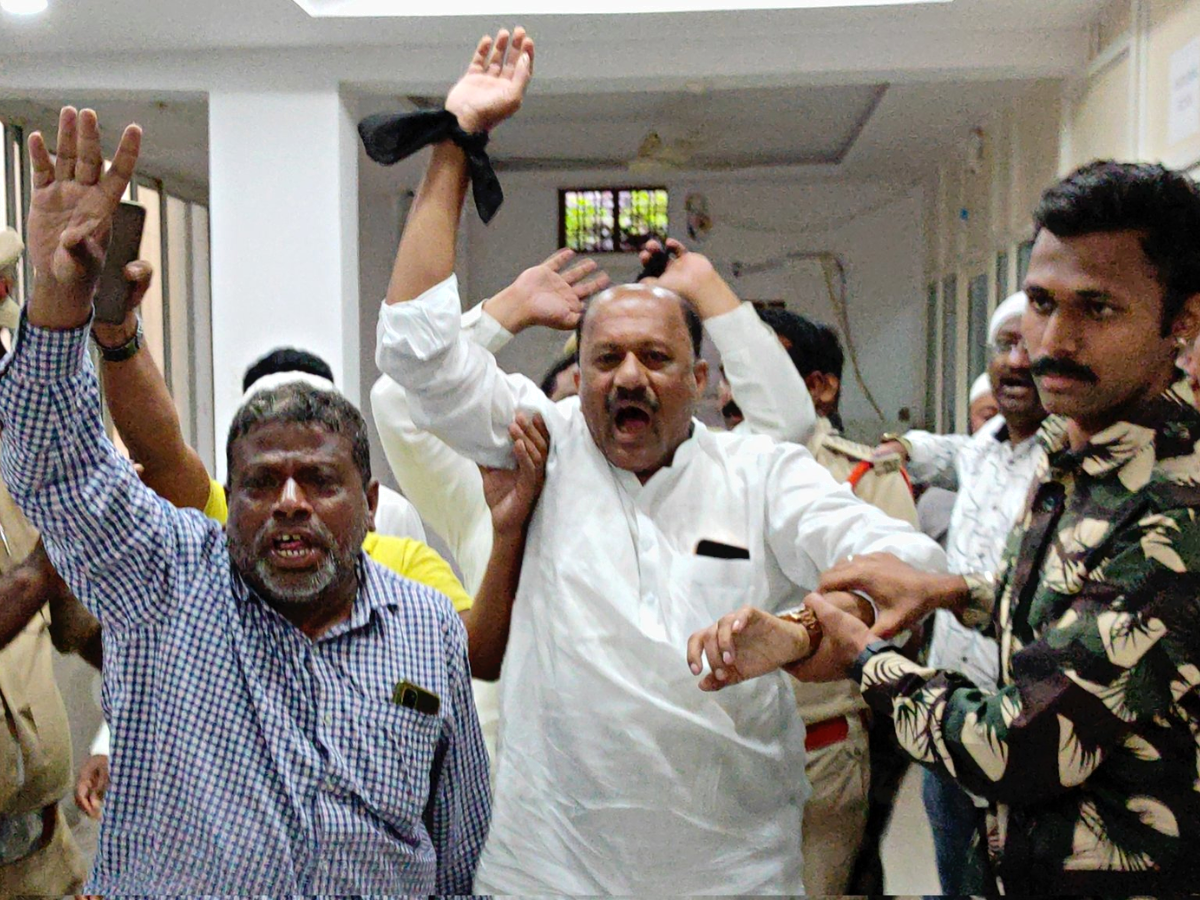 Hyderabad: Protests erupted in Shamshabad following the demolition of a mosque by the municipal authorities on the outskirts of Hyderabad on Tuesday.

The incident led to strong protests by local Muslim residents and leaders of various parties.

A person, whose house is beside the mosque, had, along with some other residents, complained to Shamshad Municipal authorities against the construction of the mosque.

Leaders of the All India Majlis-e-Ittehadul Muslimeen (AIMIM) and the Majlis Bachao Tehreek (MBT) lodged their protest.

AIMIM’s local leaders staged a sit-in at the municipal office. They demanded action against the officials responsible for the demolition and immediate reconstruction of the mosque.

Police later arrested the protesters who were led by AIMIM in charge of Rajendra Nagar Assembly constituency, Mirza Rahmath Baig.

Muslim leaders have condemned the demolition and urged the Telangana Rashtra Samithi (TRS) government to take immediate action against those responsible.

MBT leader Khan said that the TRS government headed by KCR has been following in the footsteps of BJP’s Yogi government. He alleged since the TRS party came to power in 2014, six mosques were demolished in Telangana.

He questioned the silence of those Muslim organisations and politicians who claim KCR as a secular leader. He said the demolition was carried out by the Municipal Department headed by KCR’s son K.T. Rama Rao.

According to Khan, a local resident of Shamshabad in the area named Vishal Singh allegedly approached the court contesting the mosque’s construction.

He pointed out that Green Avenue Colony on 15 acres of land was plotted and sold after due permission from Shamshad Grampanchayat. Two plots of 250 square yards were marked as a site for the masjid.

The MBT leader said though the case was in the court, the municipal authorities resorted to demolition, hurting the religious sentiments.

(The story has been edited by Siasat’s News Desk.)