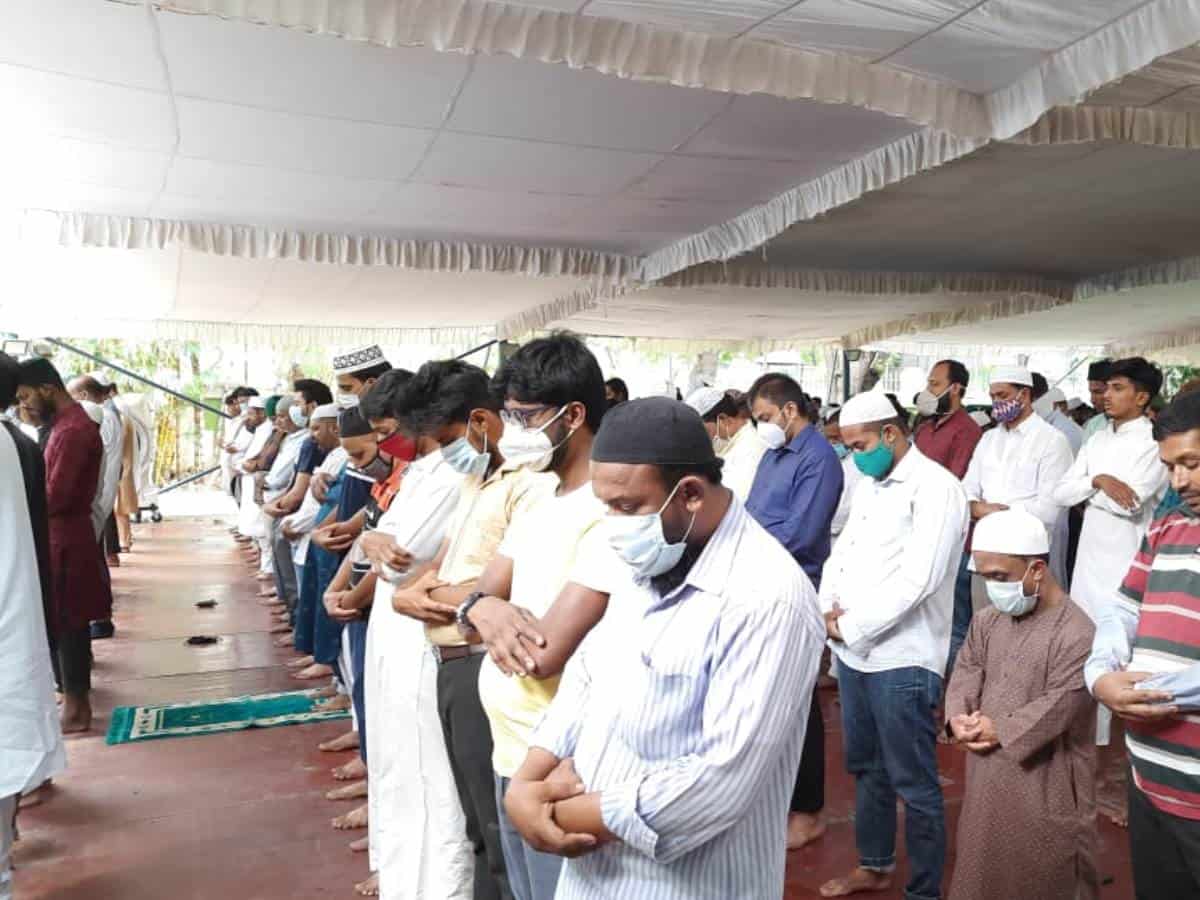 Hyderabad: Large gatherings of worshippers were seen in mosques in the Greater Hyderabad to areas offer prayer on the first Friday of Ramzan. In view of the surging COVID-19 cases, precautionary measures were taken in the mosques. No one was allowed to enter mosques without a face mask, and arrangements were made to maintain social distancing during the prayers.

The Imams and Khatibs in mosques also delivered sermons exhorting the believers to follow COVID-19 protocols. Special prayers were also said to end the pandemic. Thousands of devotees offered prayers in the historic Makkah Masjid, and all worshippers were seen wearing face masks. Most of them in fact brought their own prayer mats with them. The prayer was lead by Hafiz and Qari Mohammed Rizwan Qureshi.  Other mosques of the city too witnessed large gatherings.

It is pertinent to note that every year, before the onset of Ramzan, the city municipality undertakes a cleanliness drive, but no such drive was held this year. On the third day of Ramzan, piles of garbage were seen on city roads, particularly near mosques