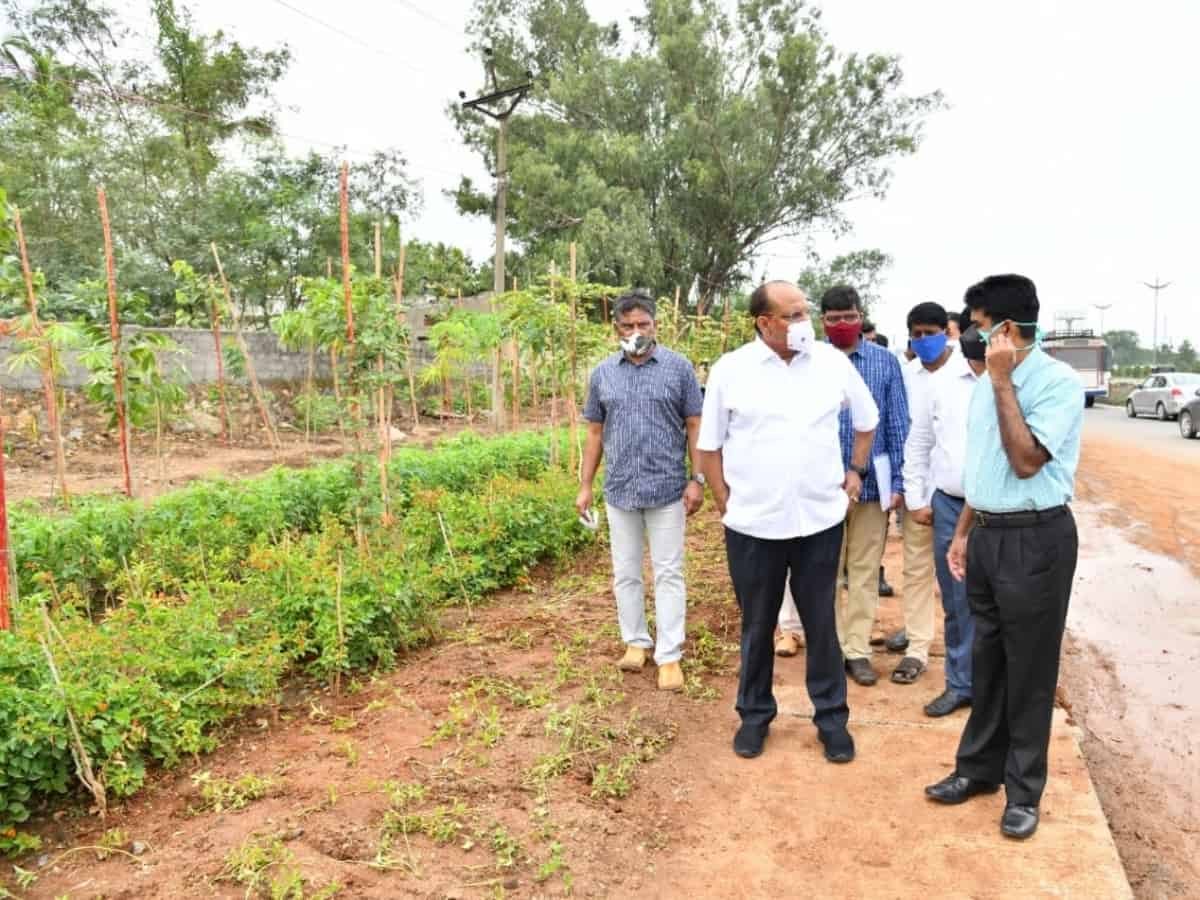 Hyderabad: Multilayer avenue plantation will be taken up along main roads in Hyderabad.

Telangana Chief Secretary Somesh Kumar on Friday held a meeting with National Highways Authority of India (NHAI) and Greater Hyderabad Municipal Corporation (GHMC) officials and directed them to take up extensive plantation all along the stretch from Aramgarh (PVNR Expressway) till the connecting road of the airport.

He directed GHMC officials to take up multicolour/multilayer avenue plantation on either side of the road dotted with flowering plants to give “green experience” to the people travelling on this stretch.

GHMC officials said they will take up multilayer avenue plantation wherever land is available on either side. The saplings will be planted in at least three rows.

In Rajendra Nagar circle, this plantation will be taken along 2.5 km stretch from Aramghar to Shamshabad.

Earlier, the Chief Secretary inspected the multilevel avenue plantation taken up by GHMC at Budvel on the main road leading to the Shamshabad Airport.

He said with greenery and innovative plantation, domestic and international passengers will enter the city in a pleasant atmosphere. He also suggested the officials to take up plantation on road dividers. He enquired about plantation details and the species to be planted.

GHMC Commissioner Lokesh Kumar informed the Chief Secretary that such plantation was already taken up in few areas.

The Chief Secretary also planted saplings as part of Haritha Haram, the flagship programme of the state government aimed at improving green cover in the state.

During the seventh phase of the programme launched on Thursday, 20 crore saplings will be planted across the state.

The programme was launched in 2015 and is aimed at planting a total of 230 crore saplings.

Under the programme, 220 crore saplings were planted at cost of Rs 5,900 crore during the last six years.