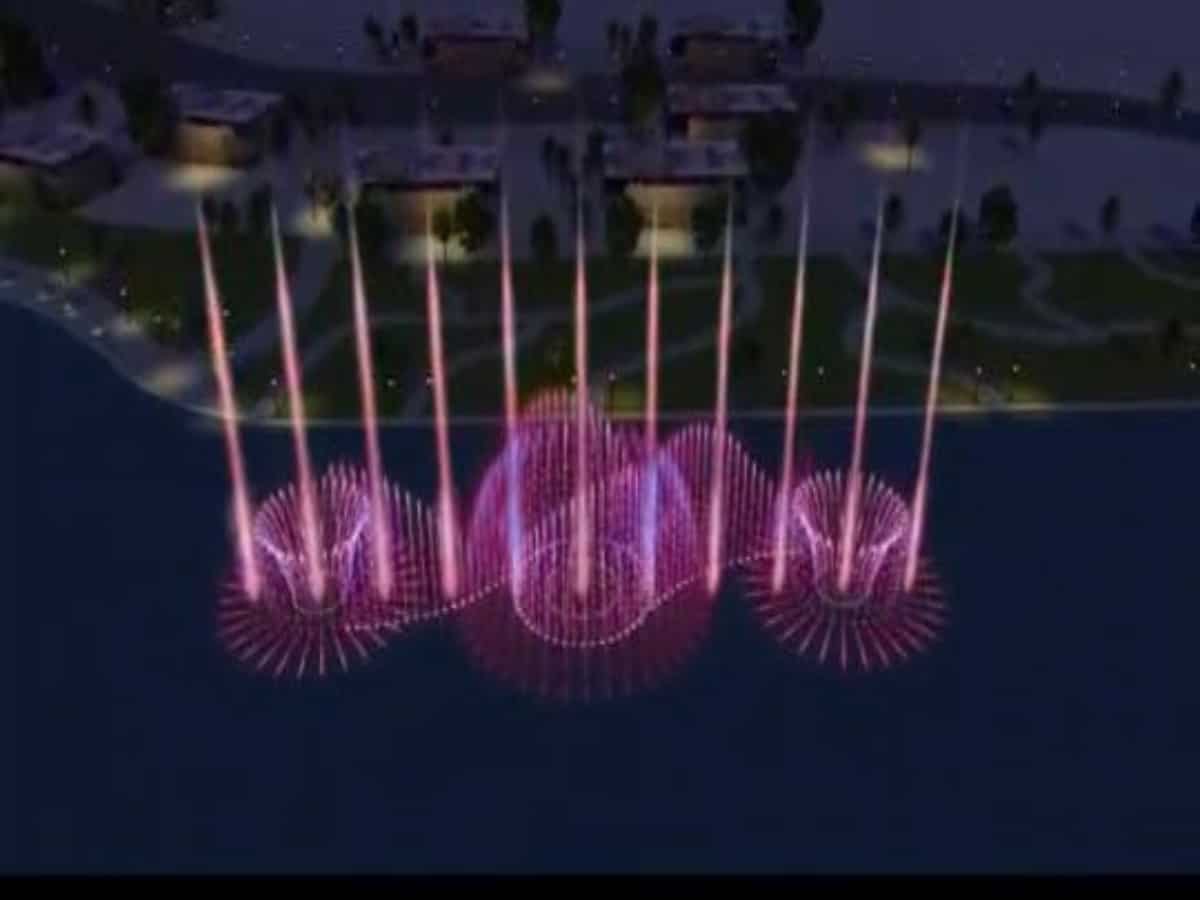 Hyderabad: A musical fountain embellished with multi-media musical and dancing lights set up at a cost of around Rs 3 crore in the Mir Alam Tank will be inaugurated by Minister, MA &UD, KT Rama Rao on Tuesday.

The fountain is installed as part of the developmental works taken up around the Mir Alam Tank by the GHMC and HMDA. The works of installing the fountain began around three months ago and the trials are being conducted since the past few days.

“Works are completed and we are awaiting its inauguration. As per plan the Minister for MA&UD, KT Rama Rao will be inaugurating it alongside the Bahadurpura flyover on Tuesday,” said an official of GHMC.

The fountain 40 meters long and nine meters wide faces the Tadbun – Aramgarh road and is the cynosure of all eyes. A local agency executed the works of the fountain and the maintenance and operation part will be taken care of by the same agency.

On Sunday night, several persons were seen enjoying the beautiful sight when the engineers operated the fountains for trails. “More such beautification works are needed in the old city. For years, we were ignored, hope the authorities at least take note of it,” said Syed Salman, a private school teacher from Kalapather.

The GHMC is taking up major beautification works around the Mir Alam Tank to develop it on part with Necklace Road and Durgam Cheruvu. The large spread water hyacinth is periodically weeded out by the corporation, other various beautifications landscaping, development of parks, walking and cycling tracks are planned.

The authorities had laid a separate drainage line to divert the sewerage water from the colonies of Hassannagar and surroundings into Musi. Previously the drainage water was released into the Mir Alam Tank leading to pollution. The authorities set up an STP in the water body to treat the water.