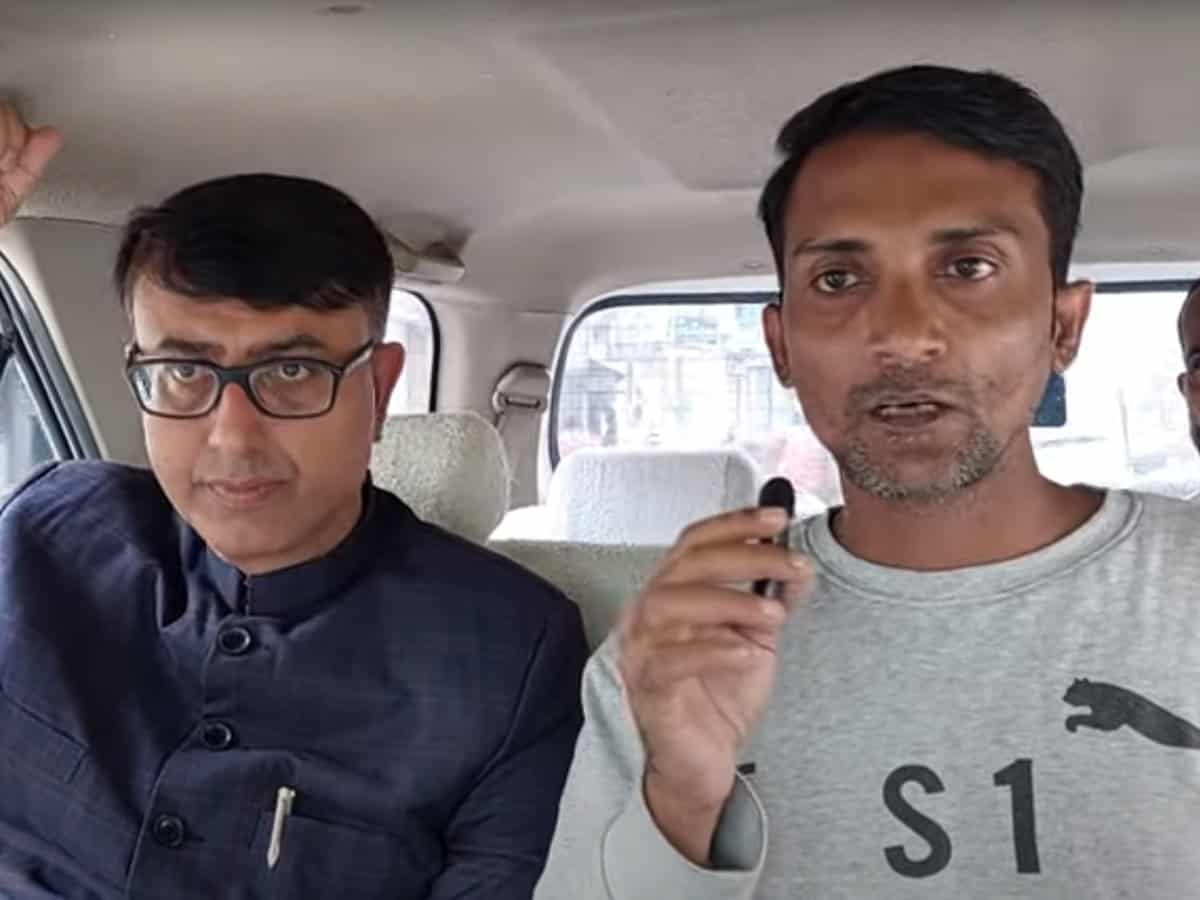 Hyderabad: A Muslim man was allegedly harassed and forced to say ‘Jai Shree Ram’ by multiple unidentified persons on the Shaikpet-Alkapur road on Saturday night.

In a video posted to Youtube by Amjad Ullah Khan, spokesperson of Majlis Bachao Tehreek (MBT), Syed Latifuddin, an Uber driver, alleged that he was driving from Shaikpet via the Alkapur road to pick up a customer when a few people started hitting his car’s windows.

“I drove straight past them, but there was a roadblock. The men had followed me. Two of them were on a bullet, and four were on an Activa. They reached my car and started throwing rocks and demanded that I say ‘Jai Shree Ram’. I shoved one of them and ran for a while. Because I was yelling for help, a small group had formed around me, and they accompanied me back to the car,” the man narrated in the video.

The MBT leader asked Latif why he did not call the cops if this truly happened. “I did call the cops, but there was no response. They finally came after an hour,” he said.