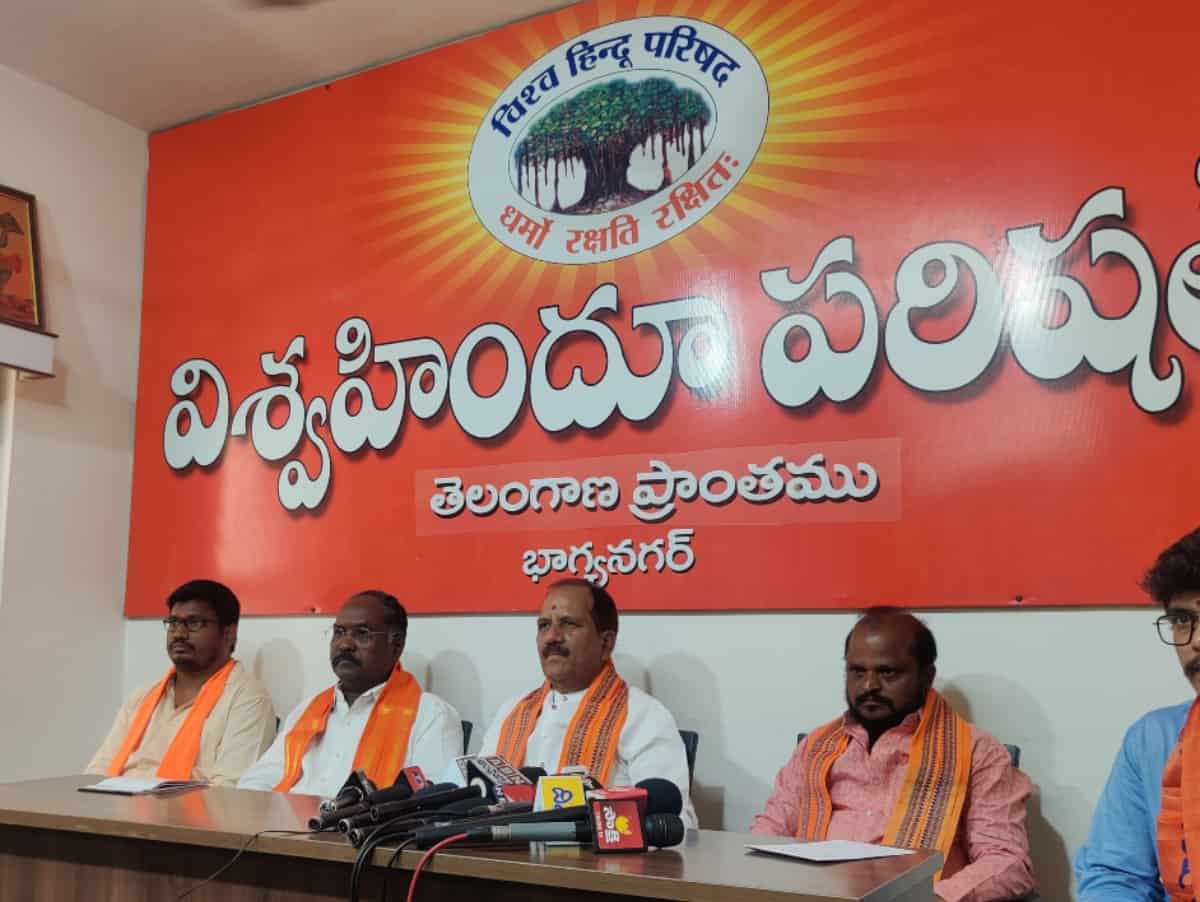 Hyderabad: In another instance of Islamophobic speech, a member of the Vishwa Hindu Parishad (VHP), Hyderabad on Saturday said that crimes committed by the Muslim community have been increasing because of the TRS government’s encouragement.

They also said that in the last 20 years, all the major crimes like rape have been committed by them.

The right-wing outfit also demanded the resignation of Telangana Home Minister Mohammed Mahmood Ali, alleging that his grandson is involved in the ongoing case wherein a 17-year-old girl was allegedly gang-raped.

On Friday night, Hyderabad Police ruled out any involvement of the grandson of Telangana State Home Minister Mahmood Ali in the gang-rape case. So far, police have arrested three of the five accused.

Addressing a press conference at the VHP state office in Koti, M Ramaraju, state president of the organisation asked whether the state is being ruled by an elected government or by the Taliban or Nizam’s Razakars.

The right-wing organisation also demanded an enquiry by the Central Bureau of Investigation (CBI) into the case. “All arrested in the case are Muslims. Twenty years and all the crimes, and rapes that happened are because of that group,” Ramaraju alleged.

“Both chief minister K Chandrasekhar Rao and minister KT Rama Rao didn’t speak up and condemn this incident. The government is in the clutches of the Darussalam (AIMIM’s party office). They didn’t even levy a case on the pub,” he claimed.

Ruling TRS working president and state minister KT Rama Rao had reacted to the case on Friday night. “Strong action will be taken against all the offenders, irrespective of their background,” said state home minister Mahmood Ali.

The VHP also demanded that the Home Minister be removed from his position.

The organisation also demanded a complete ban on pubs as they are not part of the ‘culture’. “Are you (state government) worried only about money? What about culture? You don’t let us do bhajans after 10 pm but allow dancing and partying in pubs?” Ramaraju asked.

“KCR- are you Hindu or Muslim? Are you concerned only about their (Muslims) well-being? Are Hindus not human?” questioned another VHP member.

One accused, identified as Saaduddin Malik, was arrested on Friday. Two more accused have been arrested, but their details were not divulged as they are both minors.