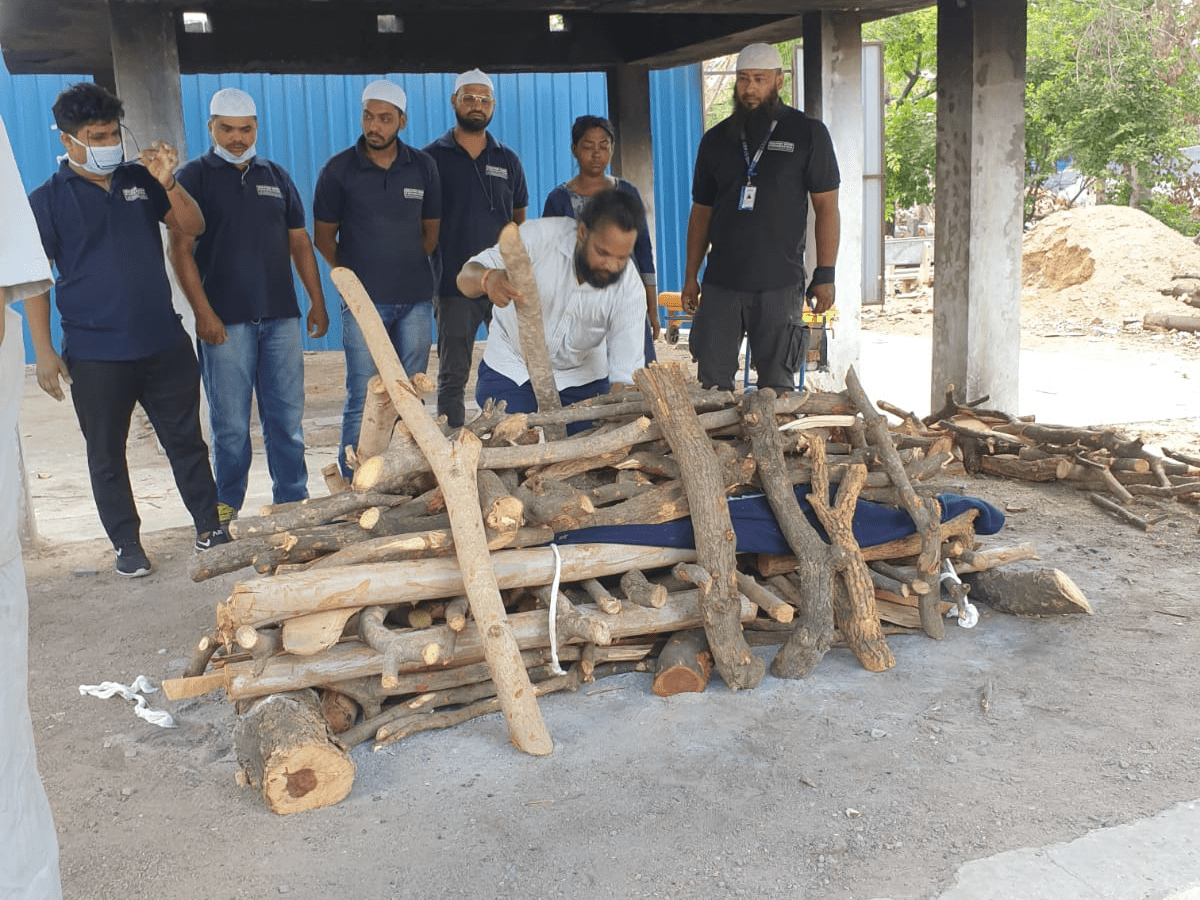 Hyderabad: When hate venom against minorities is rampant in the country, a group of Muslim men did not hesitate to perform the last rites on a 23-year-old Hindu man who died of health complications in the city.

The young man was a native of Kolkata, West Bengal. He along with his mother and sister had come to Osmania General Hospital for treating his pancreas. Unfortunately, he did not survive.

Volunteers of the Helping Hand Foundation (HHF) found the mother and sister crying profusely as they did not have money to perform his last rites.

They quickly completed all the formalities of the hospital, made arrangements at the Punjagutta Shamshan to perform the last rites, and arranged an ambulance to move the body.

The organizers at the Punjagutta Shamshan were quick to respond and without any hesitation performed his last rites.

Furthermore, the HHF volunteers moved the inconsolable mother and sister to their shelter home and kept them safely there and they threatened to end their lives, unable to bear the sudden tragedy that hit them.

The young man had recently secured a government job and was the sole bread-earner for the family of three.