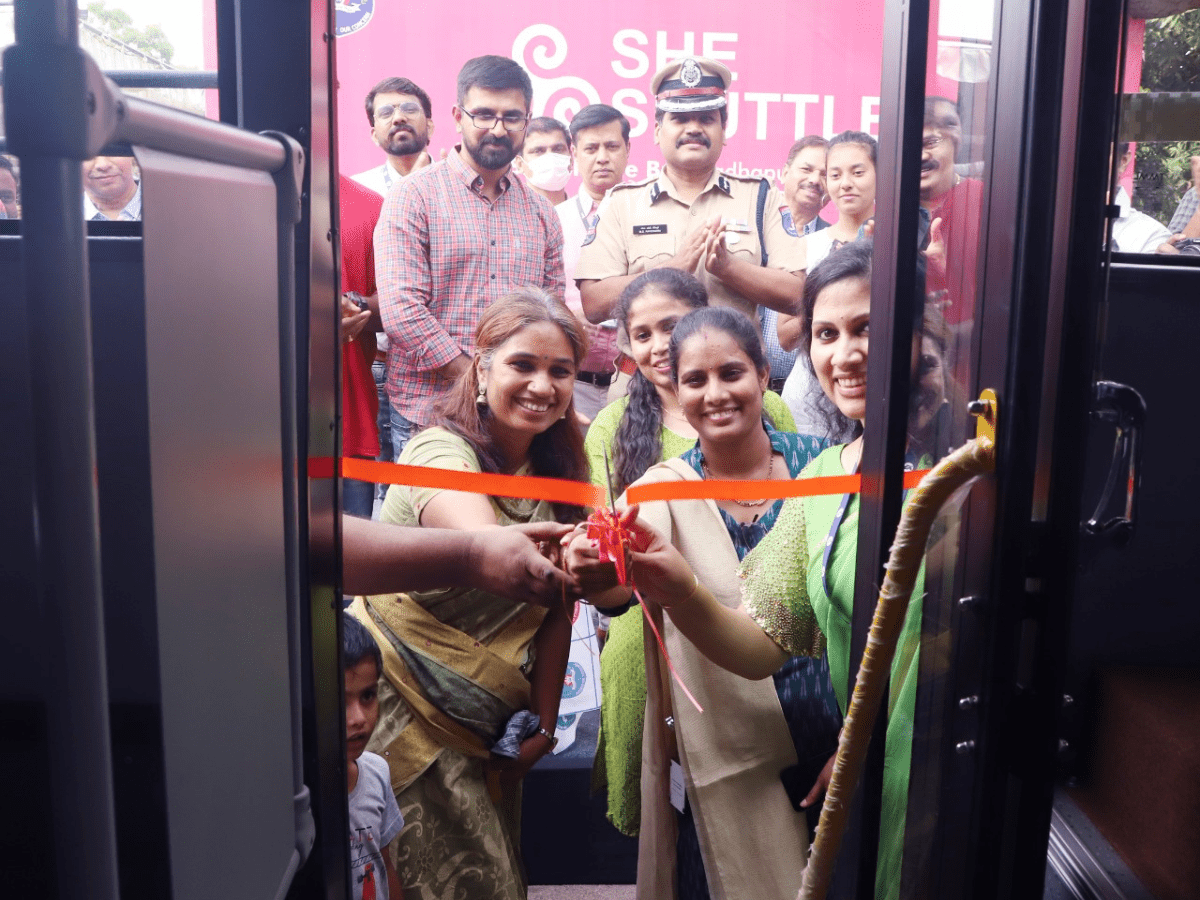 Hyderabad: The Society for Cyberabad Security Council (SCSC)’s new SHE shuttle was flagged off by Cyberabad’s Commissioner of Police Stephen Raveendra from Inorbit Mall on Wednesday in the city. SCSC’s secretary-general Krishna Yedula was also present.

The all-women passenger shuttle is driven by the latest technology and offers free rides making it a dream transport for those working in the IT corridor.

Women employees can continuously monitor the real-time movement of the SHE shuttles. It has been a big success in the city since its inception. Presently, 12 SHE shuttles are running.