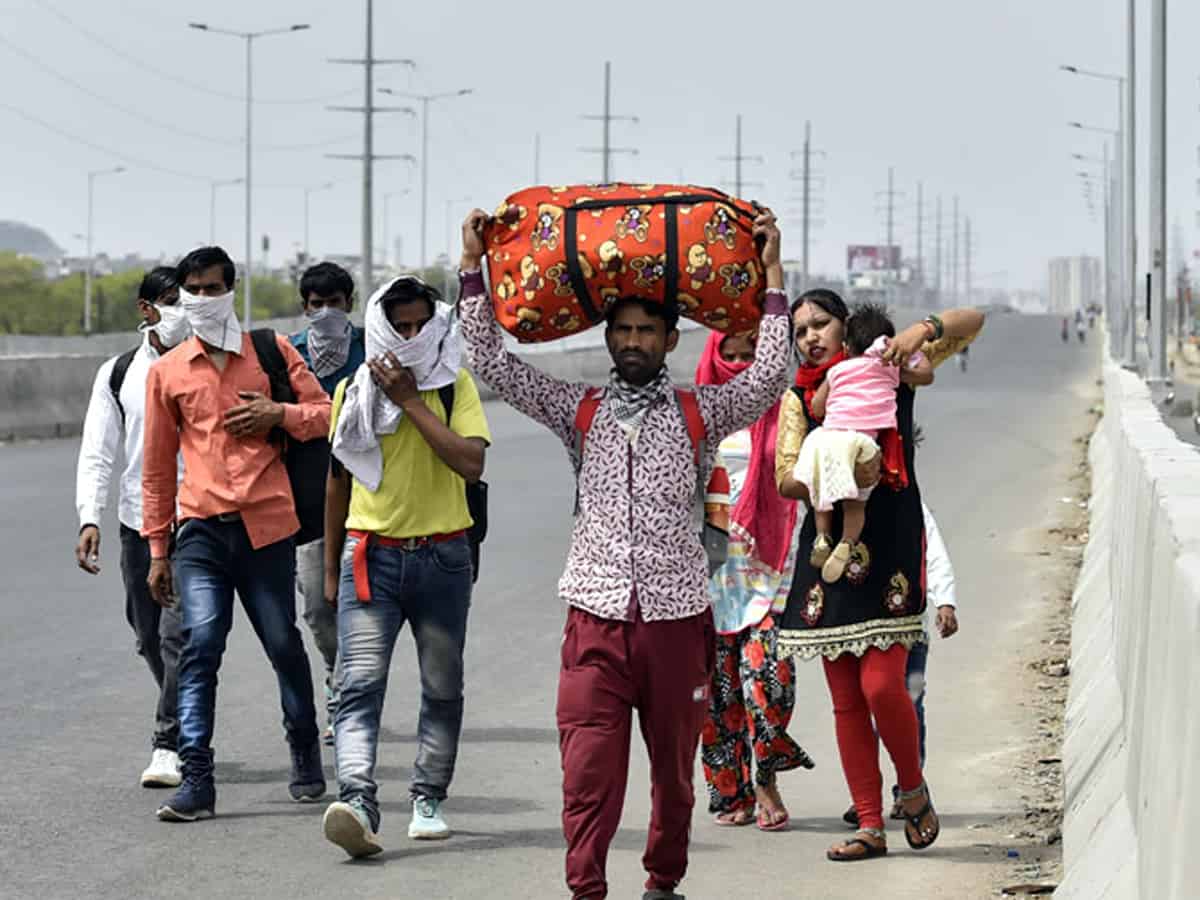 Hyderabad: The fears of the last year’s Statewide lockdown have returned to haunt the migrant workers in Telangana. The migrant workers are leaving Hyderabad as they fear the reimposition of the lockdown in the state this year. Their fears have been compounded following the recent decision of the state government to impose night curfew till May 1.

The city has around 18 lakh migrant workers belonging to states like Karnataka Tamil Nadu, Maharashtra, Odisha, Chattisgarh and Andhra Pradesh. Of this, around 60 percent of the workers had already left the city a week back. The remaining percentage of the workers are also planning to leave the city. The trains that leave from Secunderabad, Nampally, Kacheguda are brimming with full capacity.

The Satavahana express that ply between Secunderabad and Vijayawada, Godavari Express that go to Vizag from Secunderabad and Gourami express that goes to Kakinada from the station are being overcrowded with the passengers. The reservations in these trains are being closed four to five days before the actual journey of the passengers. Most of the roads in the city are wearing a deserted look due to the exodus of the residents of the state capital.