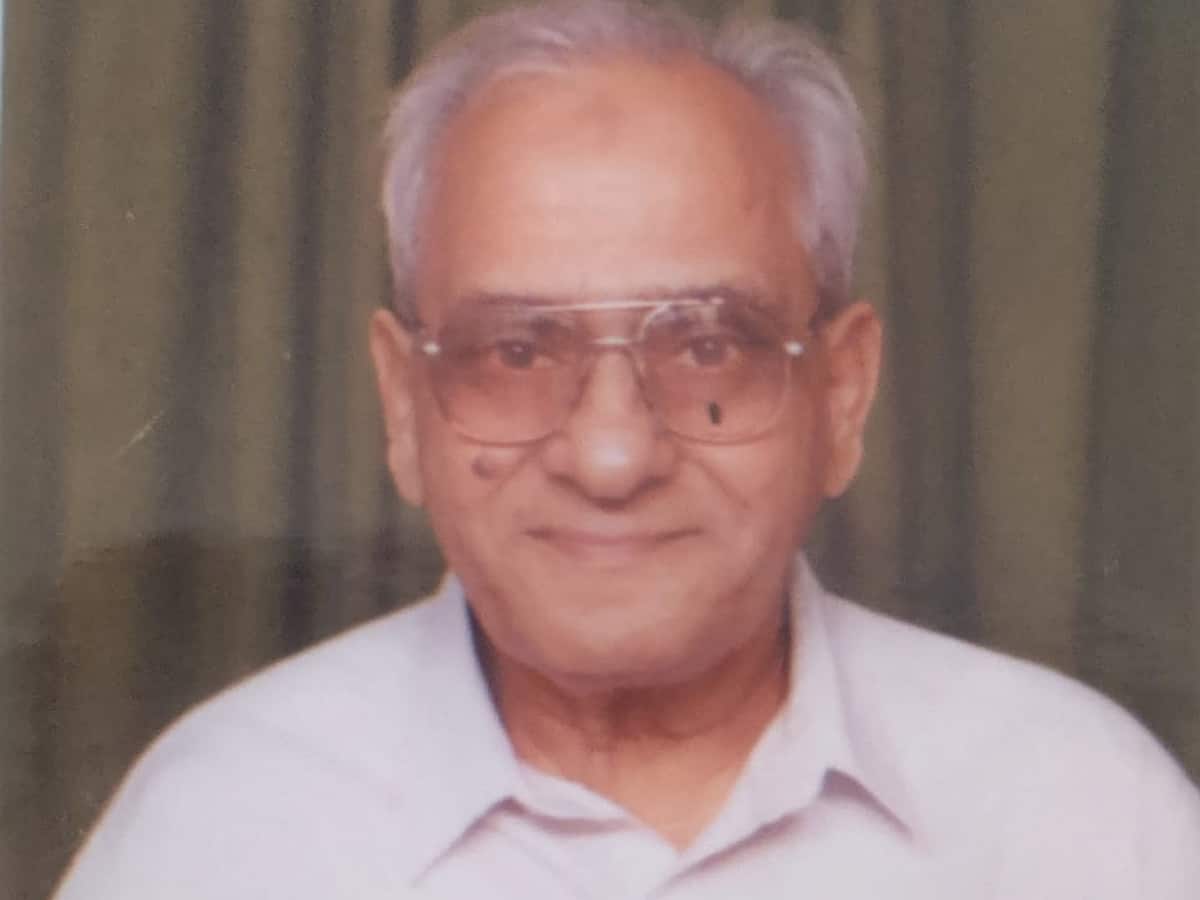 Hyderabad: Renowned professor—former vice-chancellor of Kashmir University, Srinagar and the former head department of geography Osmania University, Shah Manzoor Alam, 93, has passed away of a cardiac arrest on Tuesday evening at his residence in Hyderabad.

A native of Ghazipur, Uttar Pradesh, Alam did his early schooling in Gorakhpur. He did his bachelor’s and masters in arts from Aligarh Muslim University (AMU).

In his career spanning over 60 years, Shah Manzoor Alam moved to Hyderabad in 1950 when job openings appeared in the Osmania university (OU) and joined the university as lecturer in geography in evening college.

In the mid-1960s, he became the head of the geography department in the arts college of the Osmania University (OU). Subsequently went to the United Kingdom to do a Doctor of Philosophy (PhD) from Edinborough.

In the year 1972, Manzoor Alam was invited to Australia as a visiting professor and later to New Zealand in 1974.

Shah Manzoor Alam was a vice chancellor (VC) of Kashmir university, Srinagar from 1984-1987.

In 1992 he was invited by the Al-Imam Mohammed ibn Saud university, Riyadh to work on the scientific significance in selected Quranic verses.

He was responsible for establishing a trust called Mustafa Educational Network trust. The trust had brought out a set of 30 monographs related to different aspects of Islam.

In 2004, he was key to establishing the Indian school of excellence trust that would provide quality education combined with human values at an affordable cost. A school under this trust was set up at Tolichowki and became functional in June 2004.

Professor Alam lost his wife to heart disease in 1998, lost his only son Shah Shahab Alam to lung cancer in 2013. In spite of these severe personal losses, his strong faith kept him going till he breathed his last on the evening of June 22 due to cardiac failure.

Prof Manzoor Alam was also closely associated with MANUU in it’s formative years as the member of it’s first executive council. He played an important role in the development of MANUU in its initial days.

Prof Alam who was also the founder director of centre for area studies on the Indian ocean region, OU was also awarded the prestigious, ‘BHOOGOL RATNA AWARD’ for 2017 by NAGI (National Association of Geographers India), New Delhi, during the 39th, Indian geography congress (IGC) held at Osmania University.