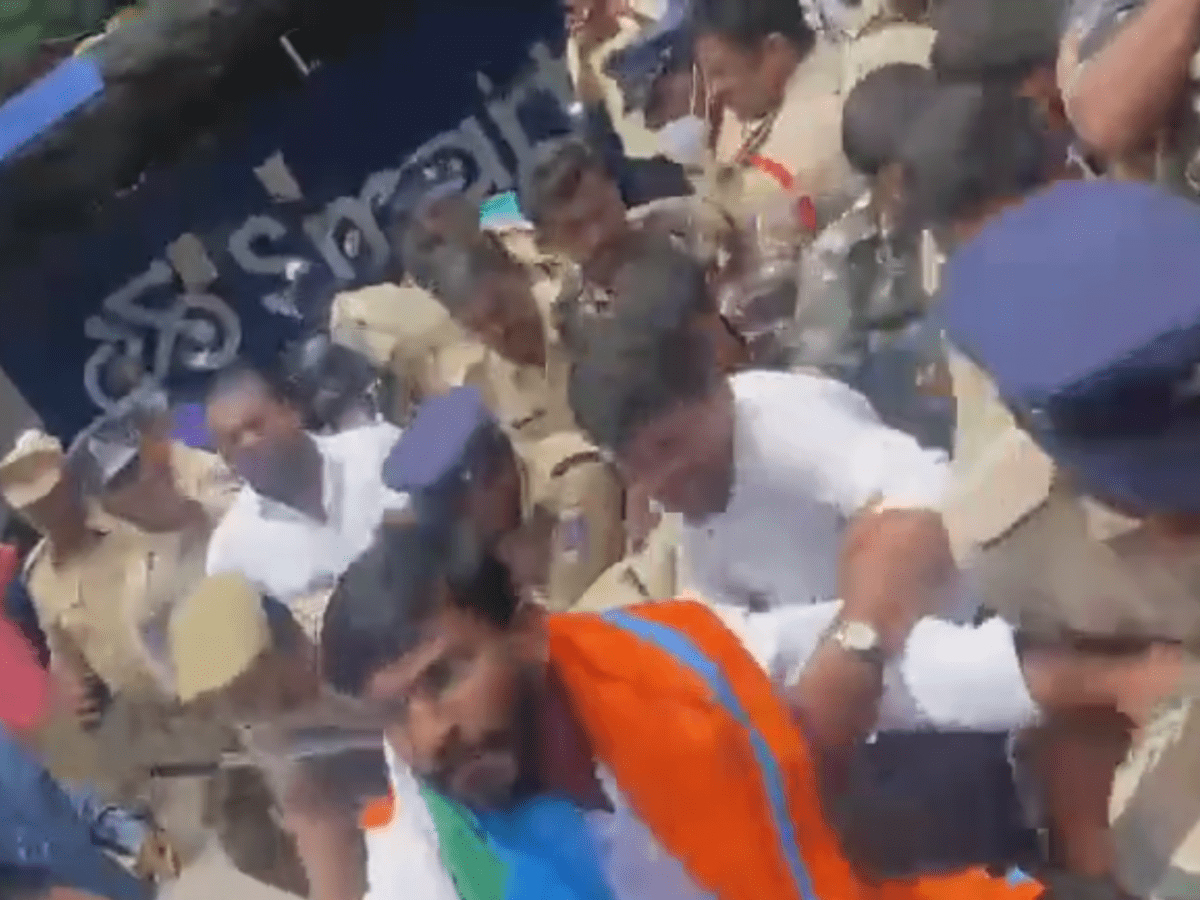 Hyderabad: Members of the National Student Union of India (NSUI) were manhandled and detained by the Telangana police on Monday as they protested outside the Jawaharlal Nehru Technical University of Hyderabad (JNTUH).

Sharing a video of the incident on Twitter, NSUI state president Venkat Balmoor asked, “Is Telangana a democratic state or a goonda raj?” He demanded that the Telangana Director General of Police (DGP) take action against the misbehaviour of the police.

“As the President of a respected Students’ Union, I have every right to stand in support of the agitating students & it is unconstitutional for the police to restrict me from doing that,” he stated.

The NSUI organised a peaceful protest outside the JNTUH campus to demand subject exemption and grace marks for group R18 students studying at the university.