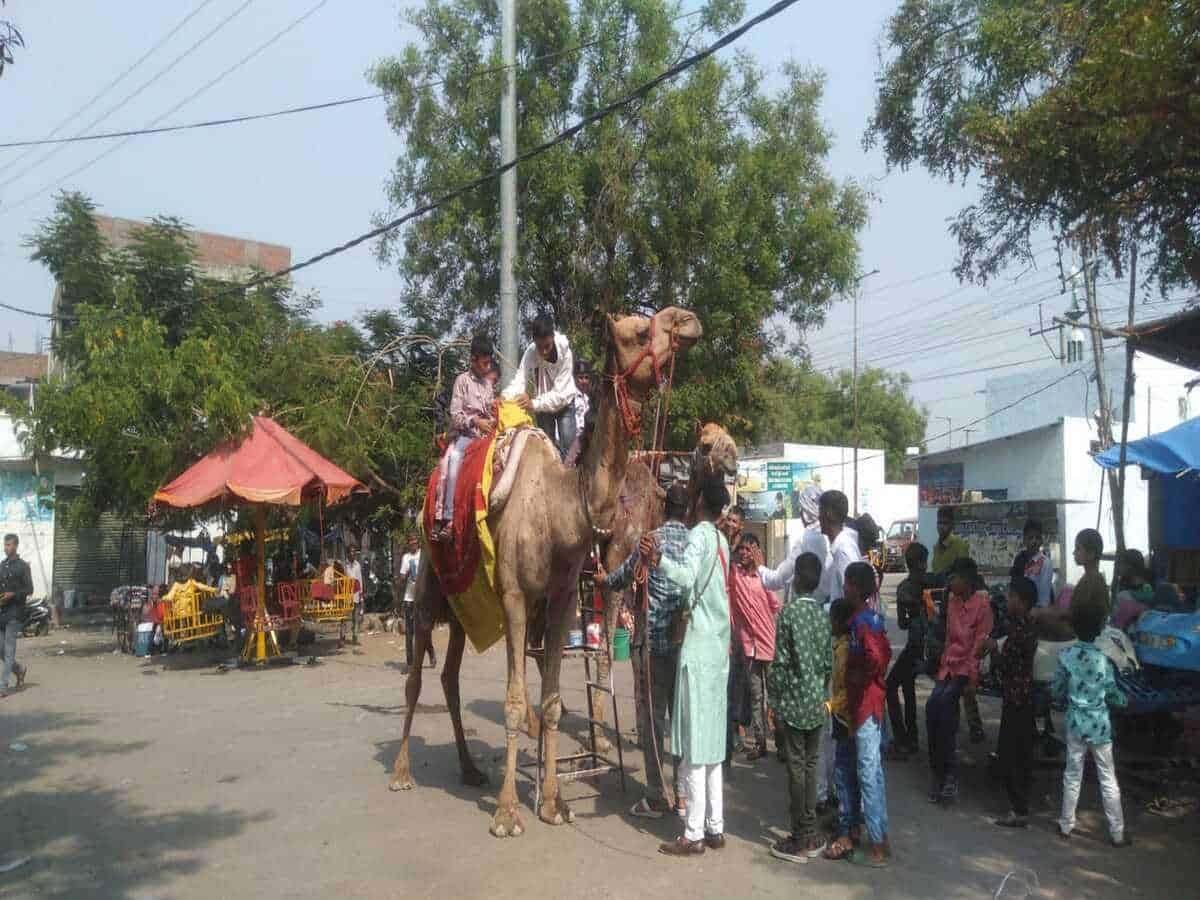 Hyderabad: The Barkas ground on Tuesday presented a lively look with several children making merry in the three day annual fair held on occasion of Eid ul Fitr festival. The fair, according to local residents, has been conducted for the past four decades.

Children from neighbouring localities drop at the ground to enjoy horse and camels rides and relish mouth water snacks.

Barkas is the corrupted form of Barracks that once housed the cavalry unit of the Nizam rulers. The cavalry was dominated by the Yemenis, who came from the Yemen nation.

The fair draws hundreds of children, who participate in the festivities, enjoy camel and horse rides in addition to relishing mouth-watering snacks sold by the vendors outside the ground popularly known as Abbas Stadium.

Local resident Talha Kaseri, explains the practice of conducting a fair started after NRI families in the Middle East started arriving on ‘eid ul fitr’ holidays to Hyderabad. “When the parents noticed there are no recreational activities here on Eid ul Fitr, a few local people introduced the fair for the children. Initially only horse riding was offered to children, later camels, buggies and tonga walas were introduced,” he said.

Many youngsters from the Barkas area started visiting the Middle East countries in the 1960’s and settled there after coming in contact with those from their Yemeni tribe.

Abdul Zabi, a businessman who stays in Chandrayangutta said he comes to the fair every year with his children. “It is Eid day and what better gift than taking children to a fair where they enjoy a lot,” he said.