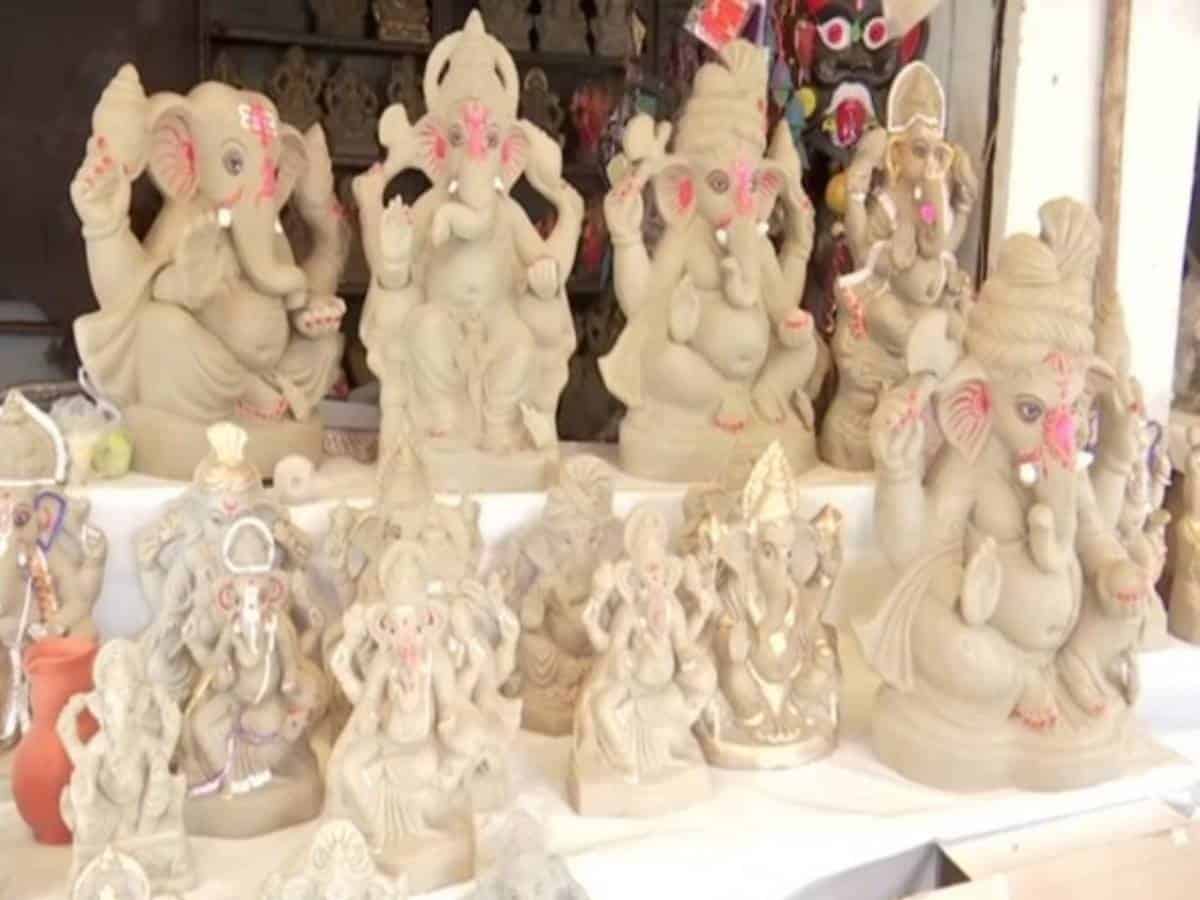 Hyderabad: Telangana government issued a clarification around Ganesh idol immersion at Hussain Sagar on Tuesday after controversy erupted around the issue. It said that the immersion of clay idols is still permitted in the tank bund but only idols made out of Plaster of Paris are prohibited due to a high court order dated July 21, 2022.

“There is misinformation being spread across social media about Ganesh immersion in Hussain Sagar. The Hon’ble High Court for the State of Telangana, in its order dated July 21, 2022, has maintained that immersion of POP idols in Tank Bund is prohibited, starting this year.

The government further said that the immersion of Plaster of Paris idols can still be done in 31 lakes and 74 baby ponds across the city.

However, clay idols will be allowed immersion. POP idols can be immersed in 31 lakes and 74 baby ponds across the city. The GHMC has made arrangements in this regard. 280 cranes and 130 mobile cranes have been arranged. More than 10,000 sanitation workers have been engaged to help with the immersion process,” a Twitter thread from the government explained.

This comes after the Bhagyanagar Ganesh Utsav Committee general secretary Dr Bhagvanth Rao, vice president Rama Raju and senior member Murari were taken into custody at Tank Bund when they took out a rally on Tuesday morning to protest against the demand for immersion of POP-made idols in Hussainsagar continued their protest at Ramgopalpet police station.

State BJP chief Bandi Sanjay Kumar on Monday alleged that the TRS-led state government is blocking the immersion activities of Ganesh Chaturthi in the name of Supreme Court orders.

He warned state chief minister K Chandrashekar Rao that the BJP will conduct Ganesh immersion in Pragathi Bhavan and not the tank bund at the necklace road if the government tries to block Hindu festivities.