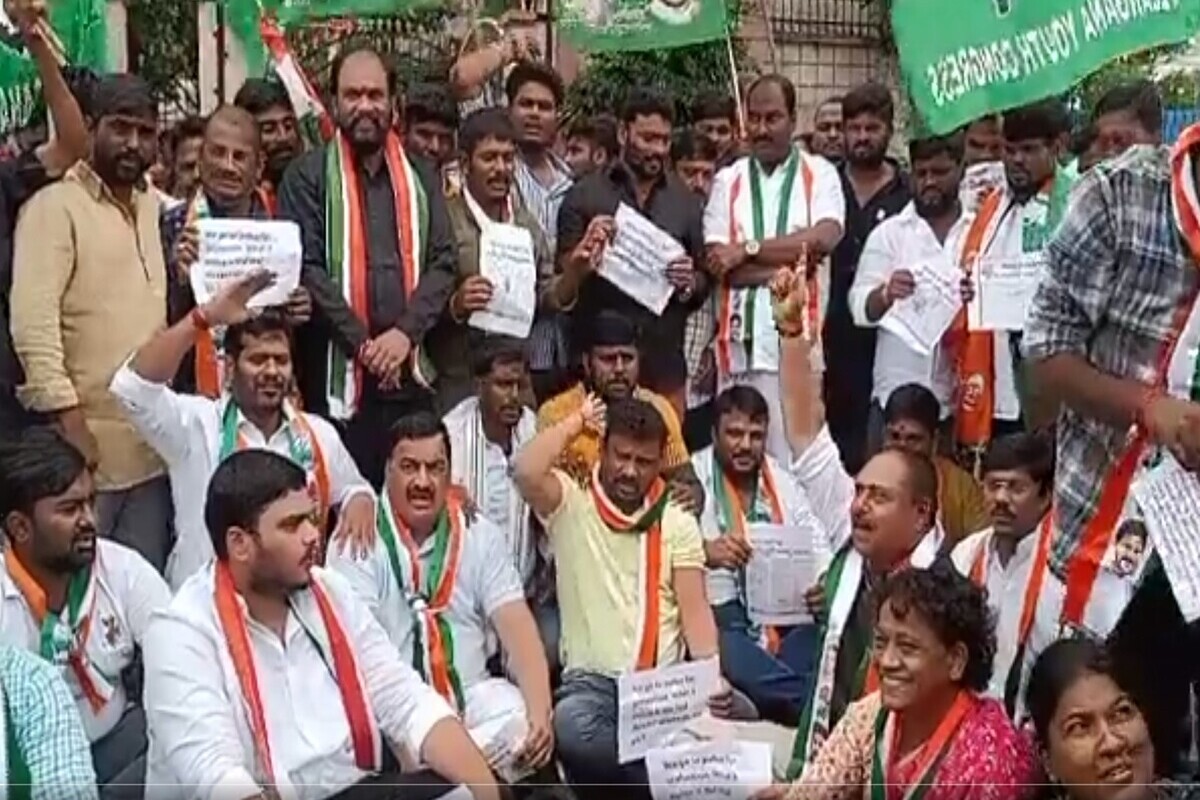 Hyderabad: Opposition parties held a protest in Rachakonda demanding immediate arrest of now suspended Inspector Nageshwar Rao who allegedly raped a 30- year woman after threatening her. He later kidnapped the victim and her husband.

Scores of Congress leaders descended at the L.B Nagar zone DCP office and staged a demonstration in the morning. The protestors raised slogans against the government and demanded the police immediately arrest the Inspector. The police took the protestors into custody and shifted them to the police station.

The Bhartiya Janata Party didn’t want to lose the opportunity. Several party workers came to the ACP Vanasthalipuram office and sat in a protest. The police had a tough time pacifying the protestors. Finally, all of them were taken into custody.

A case is booked against Inspector Nageshwar Rao for allegedly threatening a woman and continuously sexually assaulting the victim. Her husband was in 2018 caught in a cheating case in Begumpet and the Inspector was working in Task Force and had probed the case.

Afterwards, he appointed the husband of the woman as a helper at his farm at Adibatla and made him work there.

On Thursday night the inspector after checking the signal of the mobile phone of the husband of the victim found that the man was at his native place. Nageshwar Rao went to the house of the victim at Vanasthalipuram.

There, he threatened the victim and raped her. When all of a sudden her husband came, the Inspector hit him with his service revolver and kidnapped the couple. He was taking them in his car to Ibrahimpatnam when an accident took place. One more case is booked against the Inspector at Ibrahimpatnam police station.