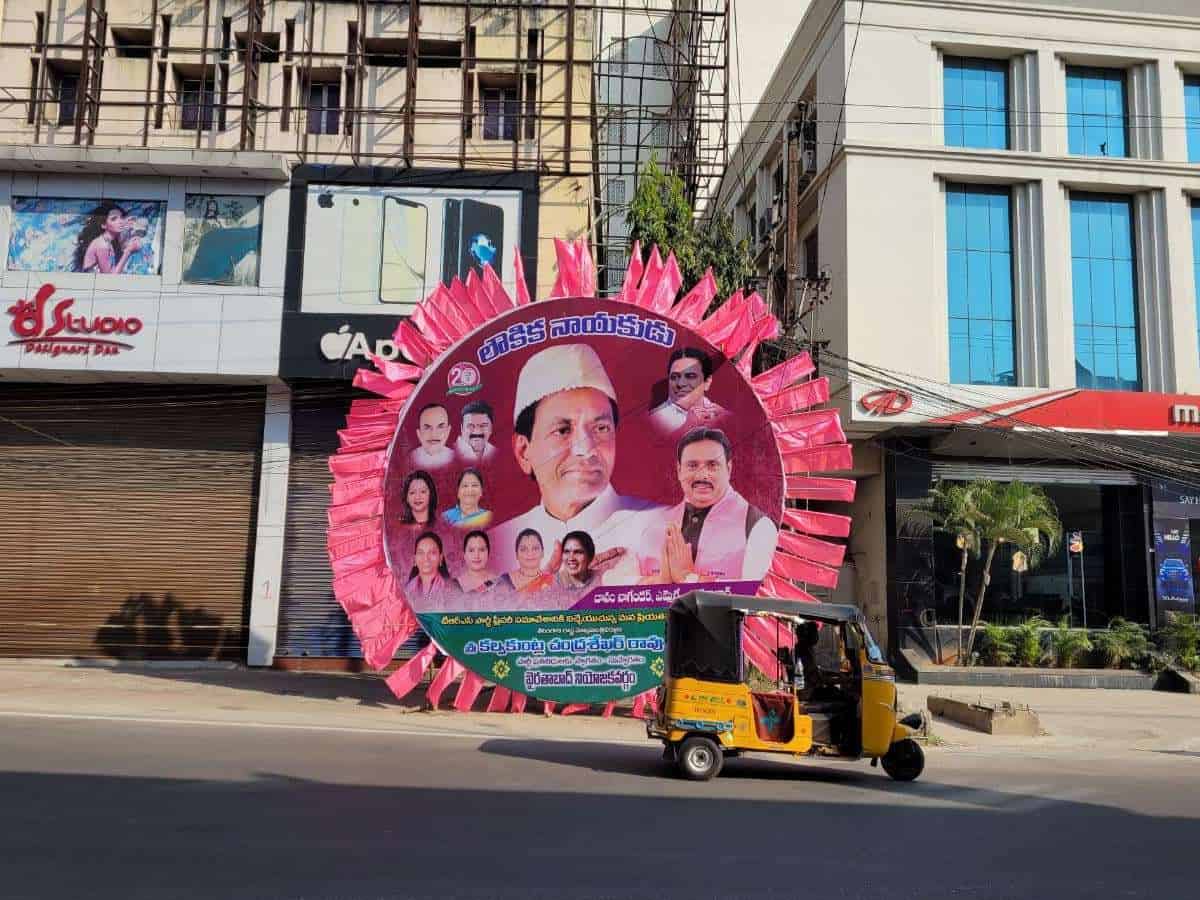 Hyderabad: Hyderabad city has been literally ‘painted’ pink thanks to thousands of posters and hoardings by the ruling TRS in view of its plenary session that is being held today at the HITEX center.

It is not clear whether the Greater Hyderabad Municipal Corporation (GHMC) has given permission for such hoardings and flexies. Attempts were made to contact the concerned officials but no one answered the phone call.

About 6000 leaders from all the districts are expected to attend the program. The name of the TRS president will be declared in the first session itself.

It may be mentioned that the plenary is being conducted after a gap of three years.

In view of the plenary, the Cyberabad Traffic Police has issued certain traffic restrictions.

The movement of heavy vehicles will be regulated in Madhapur zone for smooth movement of traffic during day time.

The Cyberabad Traffic Police urged citizens to make a note of the traffic advisory and use alternate routes to avoid inconvenience.