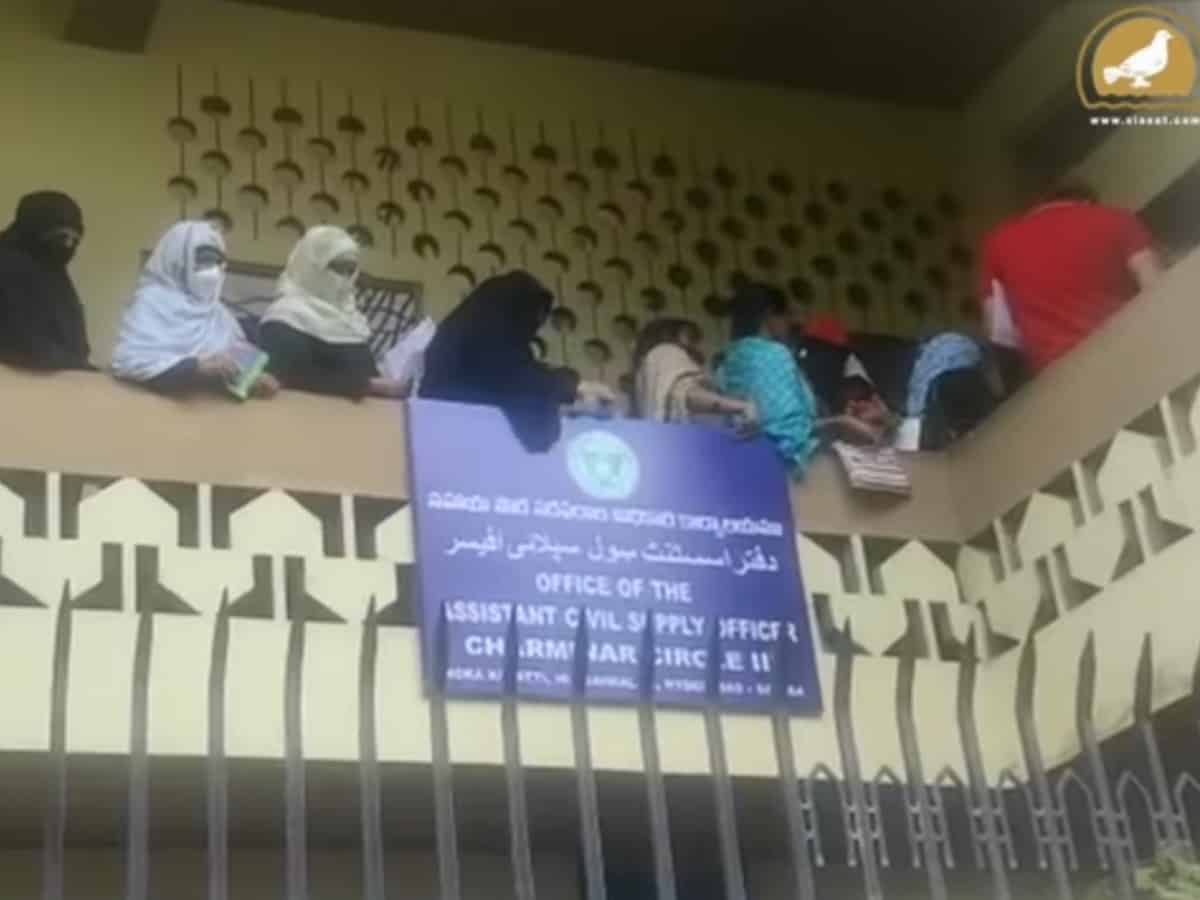 Hyderabad: In line with the state cabinet’s decision to immediately issue ration cards to eligible beneficiaries, thousands of people here gathered at the Civil Supply department offices in long queues , risking the spread of COVID-19 in the city. The long queues were seen particularly at Charminar, circle-lll.

The cabinet meeting which was headed by chief minister K Chandrasekhar Rao on June 8 decided to disburse 4,46,169 ration cards in the span of 15 days. Minister for animal husbandry Talasani Srinivas Yadav had directed the authorities to issue new ration cards to pending applicants in the Hyderabad city limits.

People who do not have ration cards also turned out in large numbers at Mee-Seva centres for filing the application forms. Many who are not aware of the process also turned up at the Assistant Civil Supply Office, Charminar circle-III as well.

Assistant civil supply officer Shaikh Mohammed Ali, circle-III, told siasat.com reporter, “Nearly 20,000 application forms have been received at his office, the cards will be issued soon after the guidelines for enquiry will be notified.”

He further added it may take around a month for door-to-door enquiries, to confirm registrations of new beneficiaries along with their phone numbers. Mohammed also urged people not to come at the Civil Supply office as their enquiries will be door-to-door following their address and phone number in the application form.