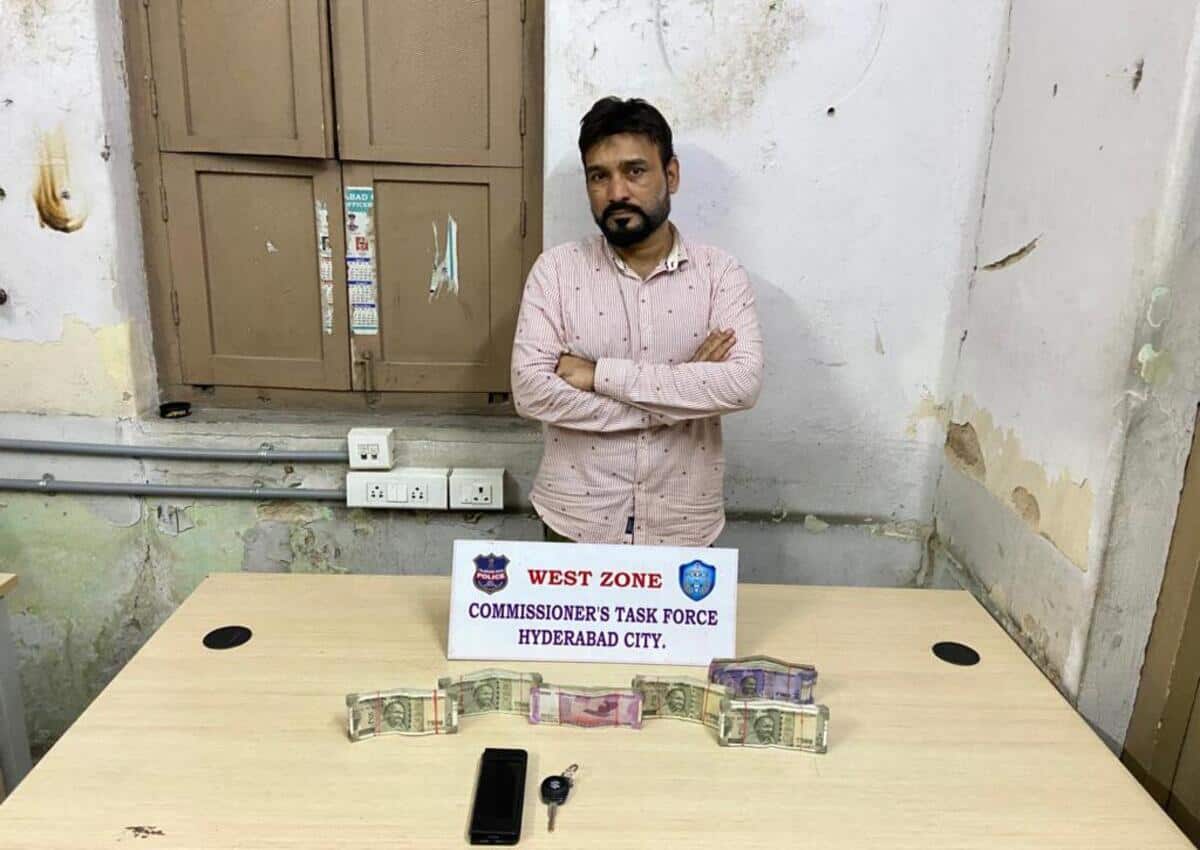 Hyderabad: A person was arrested for organizing cricket betting in Hyderabad on Thursday by sleuths of the Commissioner’s Task Force, West Zone Team. Cash worth Rs 2.8 lakh, a mobile phone, and a Maruti Suzuki Swift was seized from the accused.

Acting on credible information, Mohd Javed Khan alias Baba (42) was arrested by the city police for organizing cricket bets via apps such as Cricket Exchange, Cricbuzz, and Uniquexch.net. The accused then distributed the collected amount to nearly 15 to 20 punters in twin cities, a press note from the police said.

“The accused resorted to organizing cricket betting for extra income as his current earnings from his hotel business couldn’t sustain his livelihood. Baba along with the seized property was handed over to the Station House Officer (SHO), Tappachabutra police station for further action,” the press note informed.