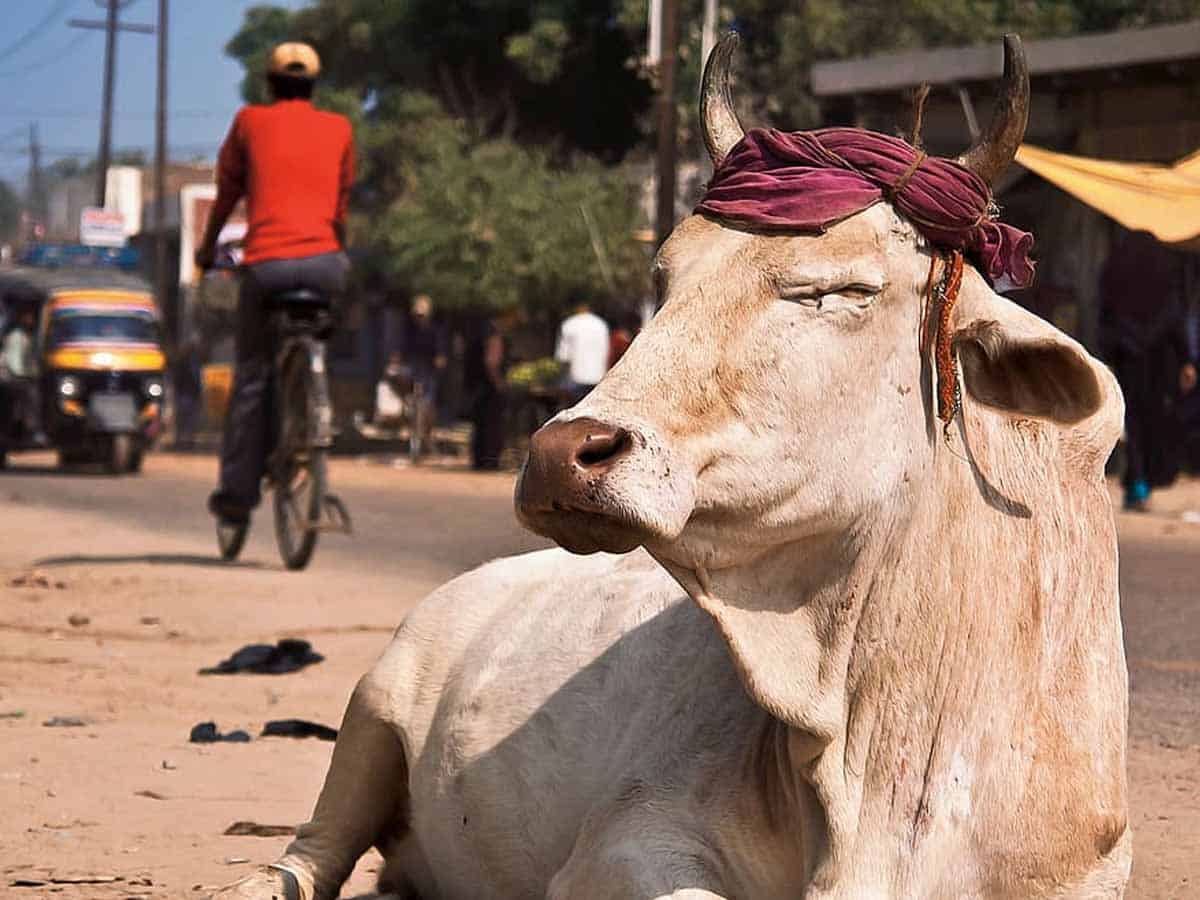 Hyderabad: The Pahadishareef police seized eight cows being transported in a Bolero pickup truck at Thukkuguda and registered a case.

“Immediately, C Venkatiah, sub inspector reached the location as specified by the caller on Dial 100. He noticed eight cows were being transported in the Bolero vehicle without proper food, water or space for breathing, all tied in a cruel manner.

“On enquiry the driver Gavara Prasad S/o Gavara Naidu, (30) a native of Gulivendada village Kothavalasa Mandal of Vijayanagaram district in Andhra Pradesh told he had come from Vijayawada via Thukkuguda village to slaughter house at Hyderabad.

Further he disclosed that one year ago he purchased a Bolero vehicle and since driving it for a living he occasionally purchased cattle from Vijayawada cattle market and transported them to slaughter houses in Hyderabad,” said the SHO of Pahadishareef.

On Sunday, Prasad purchased eight cows and loaded them in his bolero vehicle and tied them with ropes in cruel manner without providing food, water and free air etc.

On the way to Hyderabad when he reached near Rajiv Gandhi International Airport, he was caught. A case is registered and the cattle has been shifted to gaushala.