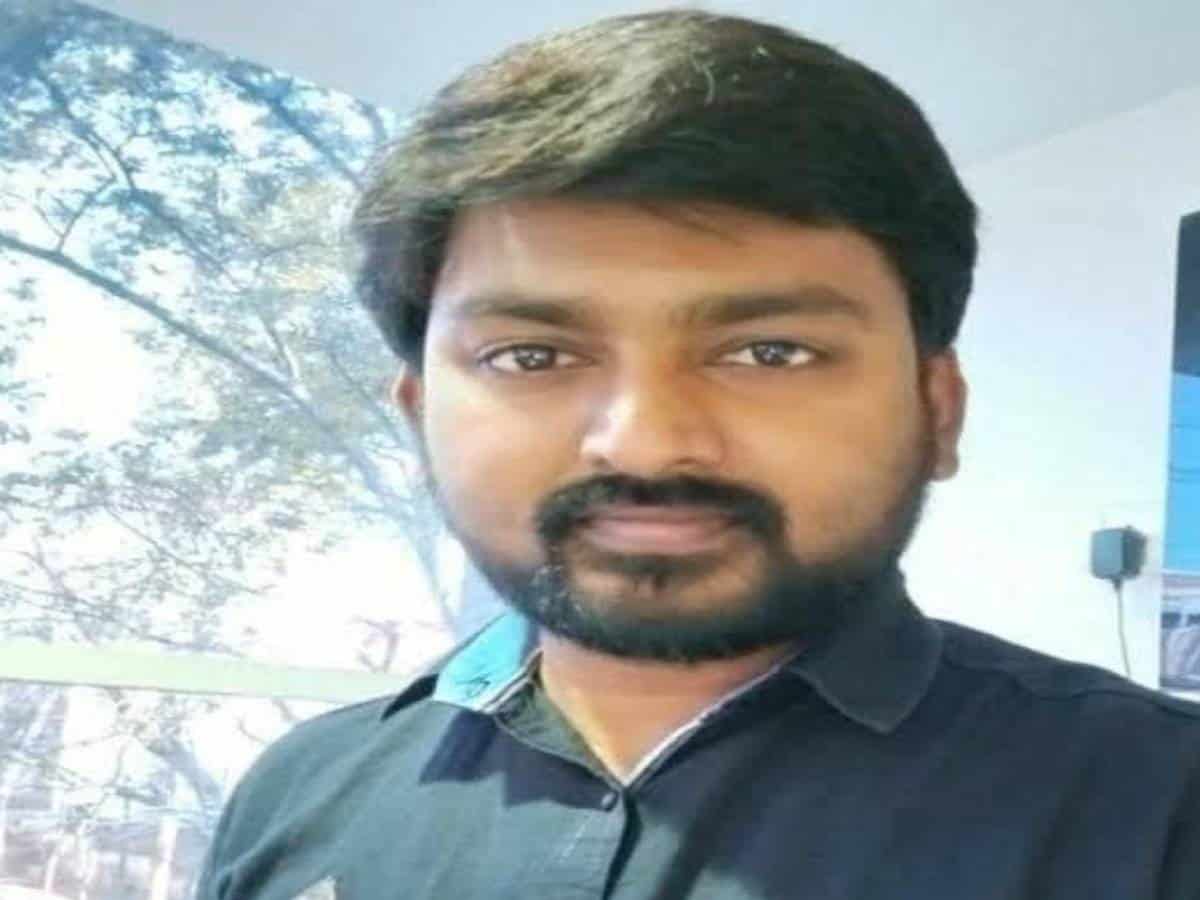 Hyderabad: Tolivelugu Journalist Raghu Ramakrishna on Thursday was arrested by the Mattampally police by the city police from near his house in Malkajgiri. He was picked up by the cops while he was reportedly out to buy groceries during the lockdown.

Before the news of his arrest, it was first reported that he had been kidnapped. It was later confirmed according to a police statement that he had been taken away by police. A 34-year-old journalist, he has written for Tolivelugu and other media. Ramakrishna is a known critic of the Telangana Rashtra Samithi (TRS) in the state.

Recently, Raghu Ramakrishna, on his website Tolivelugu.com wrote articles that were reportedly ‘sensational’, sources said. On the other hand, he also regularly interviews Telangana advocates and those who strongly oppose the ruling TRS.

According to a statement to his wife, Mattampally police station said that Raghu was arrested at 12:45 p.m. on June 3 near his house. He was informed of the grounds for his arrest and was later produced before a local court before being remanded into judicial custody.

The Mattampally police against Raghu have registered a case under section 146,147  and 148 (Rioting), 332 and 333 (Voluntarily causing hurt to deter public servant from his duty) read with 149 (unlawful assembly) of the Indian Penal Code (IPC) besides relevant sections of the criminal law Amendment Act, 1932. Exact details of the case are awaited.

As reported by News Minute, In a statement  All India Congress Committee (AICC) Spokesperson Sravan Dasoju said, “Raghu, who has been fighting against the TRS government and continuously spreading awareness on public issues, must be saved. A very agile journalist with a wonderful understanding of social issues and belonging to the backward class. The TRS government is solely responsible for the safety of Raghu and immediate steps must be taken to prevent any undesirable development in this regard.”

The congress also demanded that the Telangana state academy of journalism, Alam Narayana, issue a statement and put pressure on the government to view this incident as an attack on the media and its freedom of expression.

Telangana BJP chief Bandi Sanjay also condemned the arrest in a series of tweets on scoial media and said he would take up the issue with the union government.

Bandi Sanjay took to Twitter and wrote,” “Will journalists be arrested for pointing out the shortcomings of the government in our society? Some ruling party leaders occupied tribal lands in Huzur Nagar constituency’s Gurrampode Thanda. He has been booked for covering the case in the media.”

“The task of the media is to highlight corruption and wrongdoing in the public. The KCR government wants to silence the media and give a message that cases will be brought against the leaders of the ruling party.” Noting that he played a crucial role in inciting the establishment of the state, he wondered how a great journalist could be kidnapped 24 hours before the state celebrated its formation day. “What happened to Raghu today could happen to another journalist tomorrow,” he tweets.