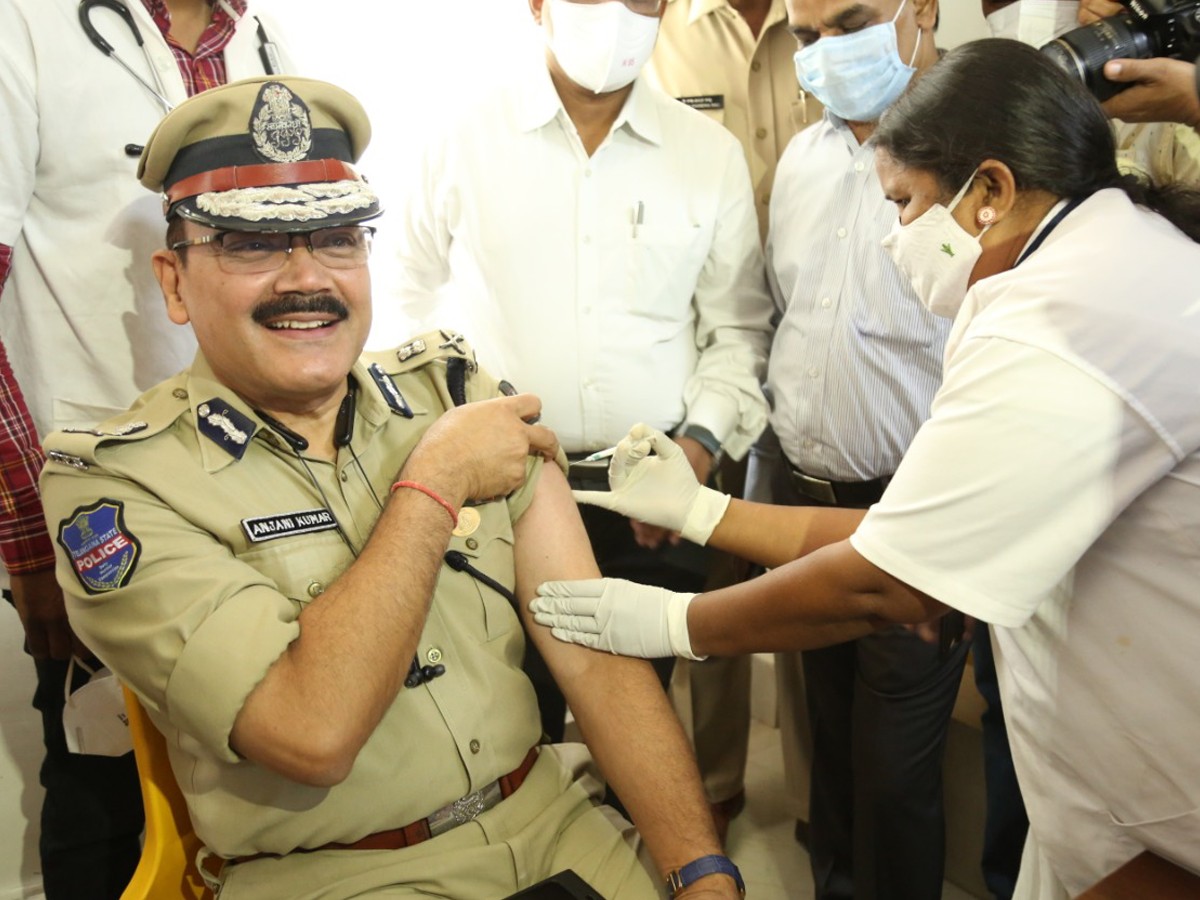 Hyderabad: City police commissioner Anjani Kumar on Mondaytook the COVID-19 vaccine along with many other senior officers.

Led by Rachakondapolice commissioner Mahesh Bhagwat, who had taken the first COVID vaccine shot a few days ago, the vaccination drive among police officials continued. Kumar and other senior officers took the COVID-19 vaccine at the Police City Armed Reserve (CAR) head-quarters at Petlaburj, taking the vaccination initiative forward.

The Director General of Police (DGP) of Telangana, M. Mahender Reddy, was among the many front line workers who took the vaccination on the first day of the vaccination drive at Tilaknagar in Hyderabad a few days ago.

The second day of the vaccination program was held on Monday, with 30% of police personnel having already taken their shots so far. The response from the police officers is getting better with every passing day, said a press release from the Hyderabad police.

Medical officials in the state have assured that there are no complications or side effects of the vaccine among the personnel who have been administeredthe vaccine so far. Gajarao Bhupal, Deputy Commissioner of police south zone, Dr.Venkat, District medical and health officer, Hyderabad, were among the many other officers who participated in the vaccination program.

The officials who have taken the vaccine also advised the general public that there should not be any kind of hesitation or fear in receiving the shot.