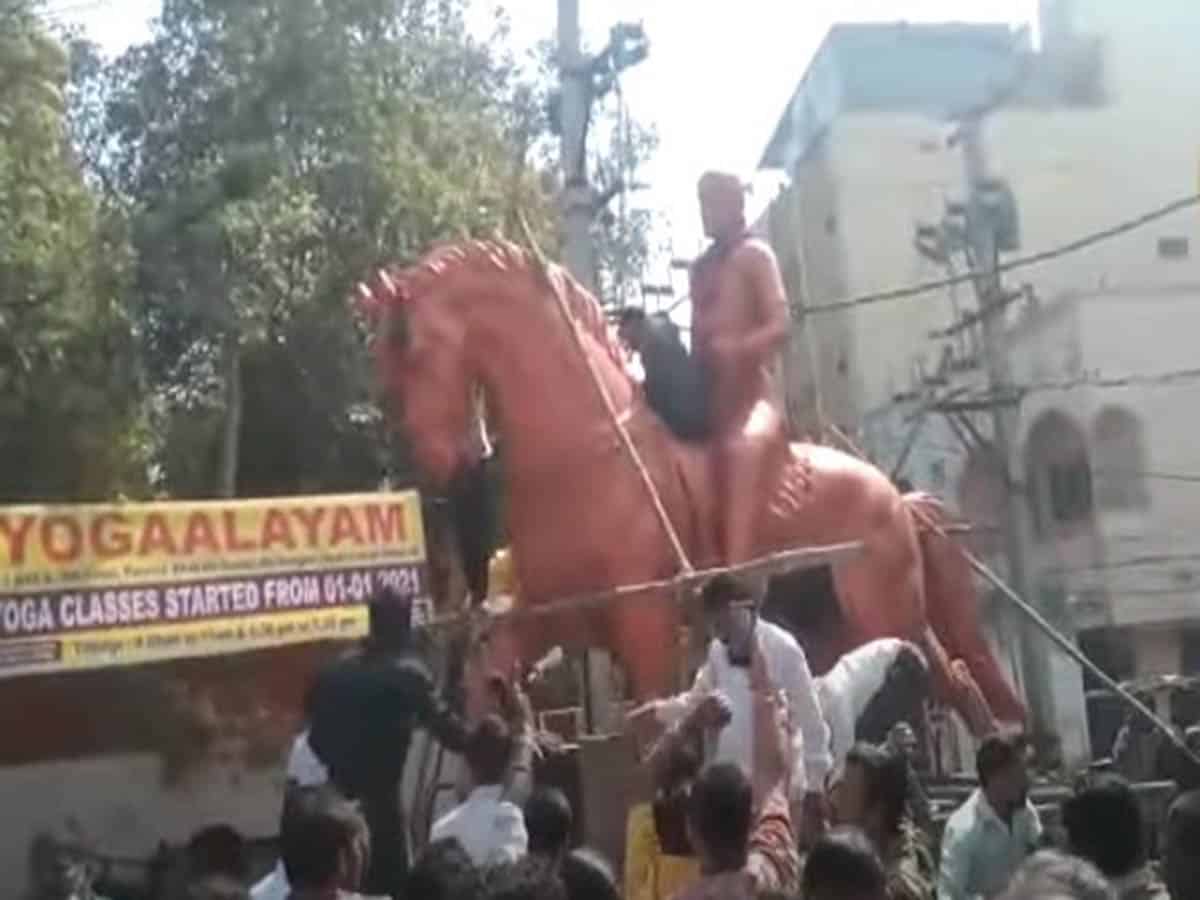 Hyderabad: A local BJP leader Srinivas Goud along with his party workers, RSS & Bajrang Dal activists tried to create a ruckus and instal a statue illegally near Borabanda Bus stop on Tuesday night.

As soon as the news came, the police and the municipal authorities reached the spot and removed the statue and shifted it to the Municipal office.

The police arrested Srinivas Goud, who was defeated in the recently held GHMC election, alongwith BJYM’s city President Sandeep and other activities.