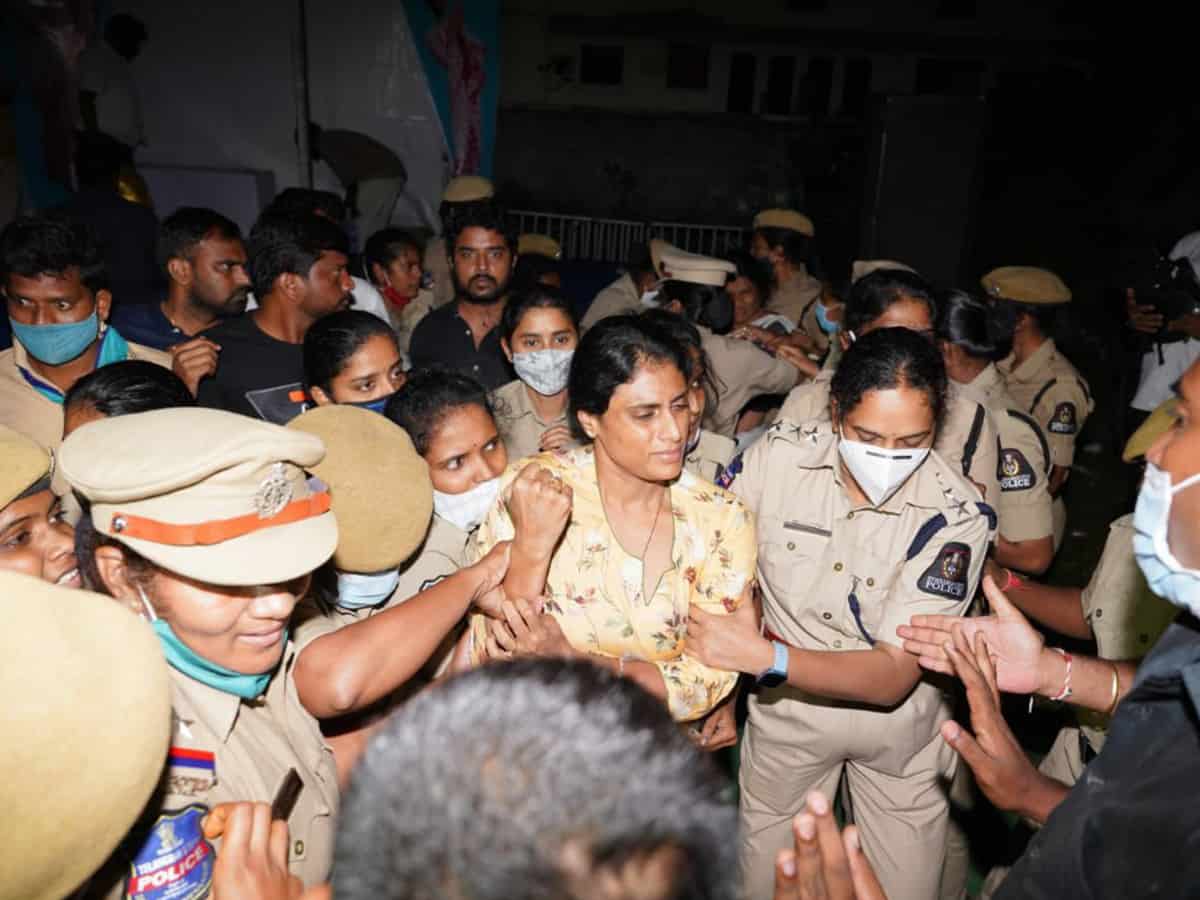 Police forcibly ended Sharmila’s protest in the early hours of Thursday and shifted her to her residence in Jubliee Hills just hours before it revealed that the body of the accused was recovered from railway tracks.

Police swung into action after midnight and dispersed YSRTP workers staging sit-in along with Sharmila. Policewomen forcibly shifted Sharmila to a police vehicle and she was later dropped at her residence.

After calling on the family of the victim, Sharmila sat on protest. She vowed to continue the fast till justice is done to the family.

She demanded a compensation of Rs 10 crore to the victim’s family. She expressed concern over the crime rate in the state and said that sexual assaults on women had increased during the TRS rule.

Sharmila’s mother and YSR Congress Party (YSRCP) honorary president Y. S. Vijayamma also called on the victim’s family. She stated that there is an urgent need to stop heinous incidents of rape of minor girls.

Vijayamma claimed that when Rajasekhara Reddy was the chief minister such incidents never happened. She recalled that when there was an acid attack in Warangal, the culprits were taken to task.

The YSRCP leader sought to know why no leader from the ruling Telangana Rashtra Samithi (TRS) had not visited the victim’s family to express solidarity while almost all the opposition leaders are paying a visit to console the family.