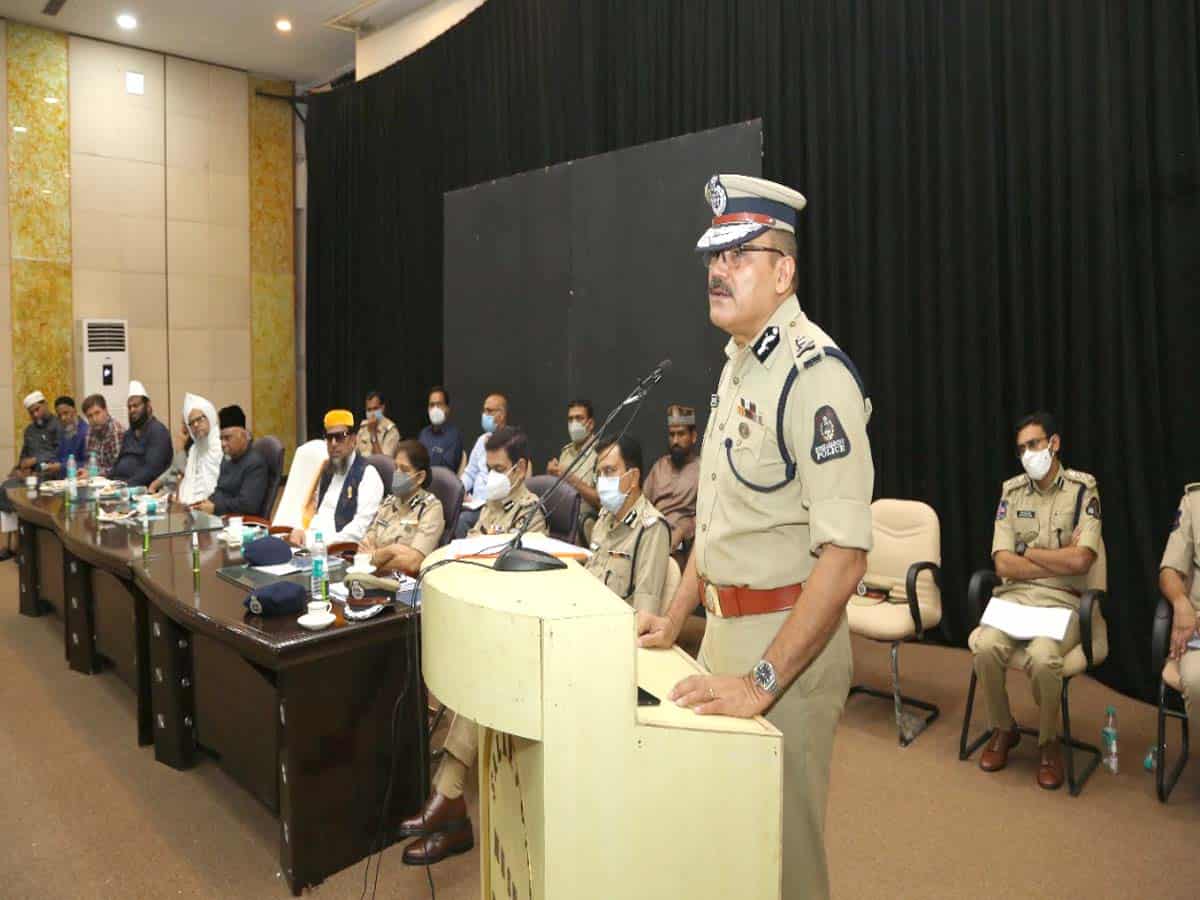 Hyderabad: The City Police on Saturday organized a coordination meeting to make arrangements for the upcoming Milad-un-Nabi procession on October 19. The meeting was chaired by the city police commissioner Anjani kumar.

Speaking on the occasion, City police Commissioner Anjani Kumar said, that they had made all police arrangements for the Milad procession. He appealed citizens to follow the teachings of prophet and behave as good citizens during procession
Addressing on the occasion Ulemas also appealed people to follow the teachings of prophet Mohammed and make it a peaceful procession. The Police Commissioner had asked youngsters to avoid bike stunts during the procession.