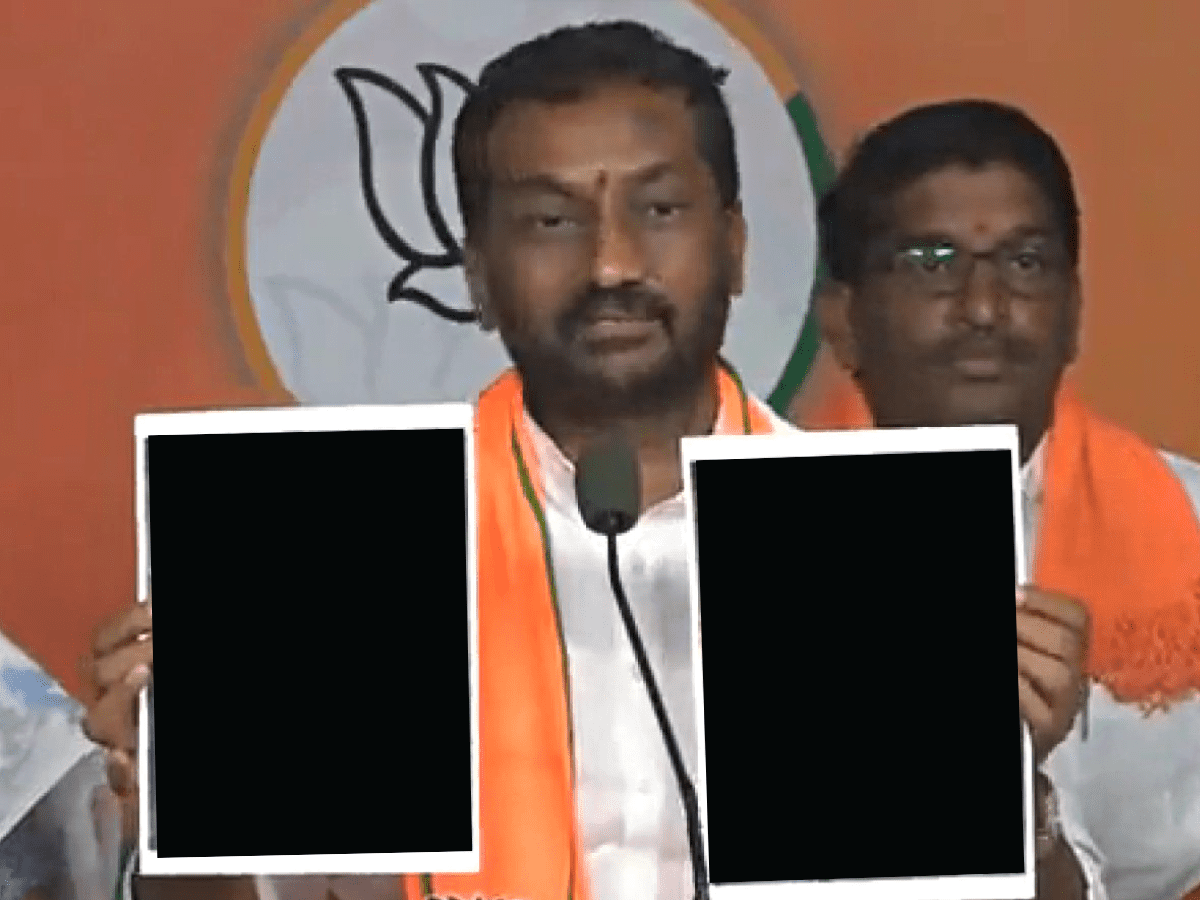 Hyderabad: Hyderabad police is mulling action against BJP MLA Raghunandan Rao for releasing a video clip of a 17-year-old girl who is the victim of Hyderabad rape case. He released the video clip at a press conference held recently.

Releasing the clip, the MLA had claimed that the boy in the video is AIMIM MLA’s son. During the conference, he also showed the printouts of the video’s screengrabs.

After the conference, the video went viral on social media. Police took action against journalists and YouTubers who allegedly shared the video on social media thereby reportedly revealing the identity of the victim.

Amid reports that police is mulling action against him, Rao told reporters on Monday that he is ready to face the case. He alleged that since police were derailing the investigation by giving a clean chit to the MLA’s son, he released the video clip.

Rao, who is also a lawyer, claimed that he would submit to court all the evidence he has at an appropriate time.

Meanwhile, the Telangana State Women’s Commission took suo moto note of the gang rape and directed police to submit a report on the incident. Commission Chairperson Sunita Laxma Reddy called for harshest punishment to the guilty. She said the Commission and the state government would stand by the victim.

Five rape cases in a week

According to the Hyderabad police, the first of the two cases that came to the fore on Monday was reported at the Ramgopalpet Police station while the second was at Rajendernagar Police station limits.

The accused in both the cases have been arrested which involved a juvenile in the second case.