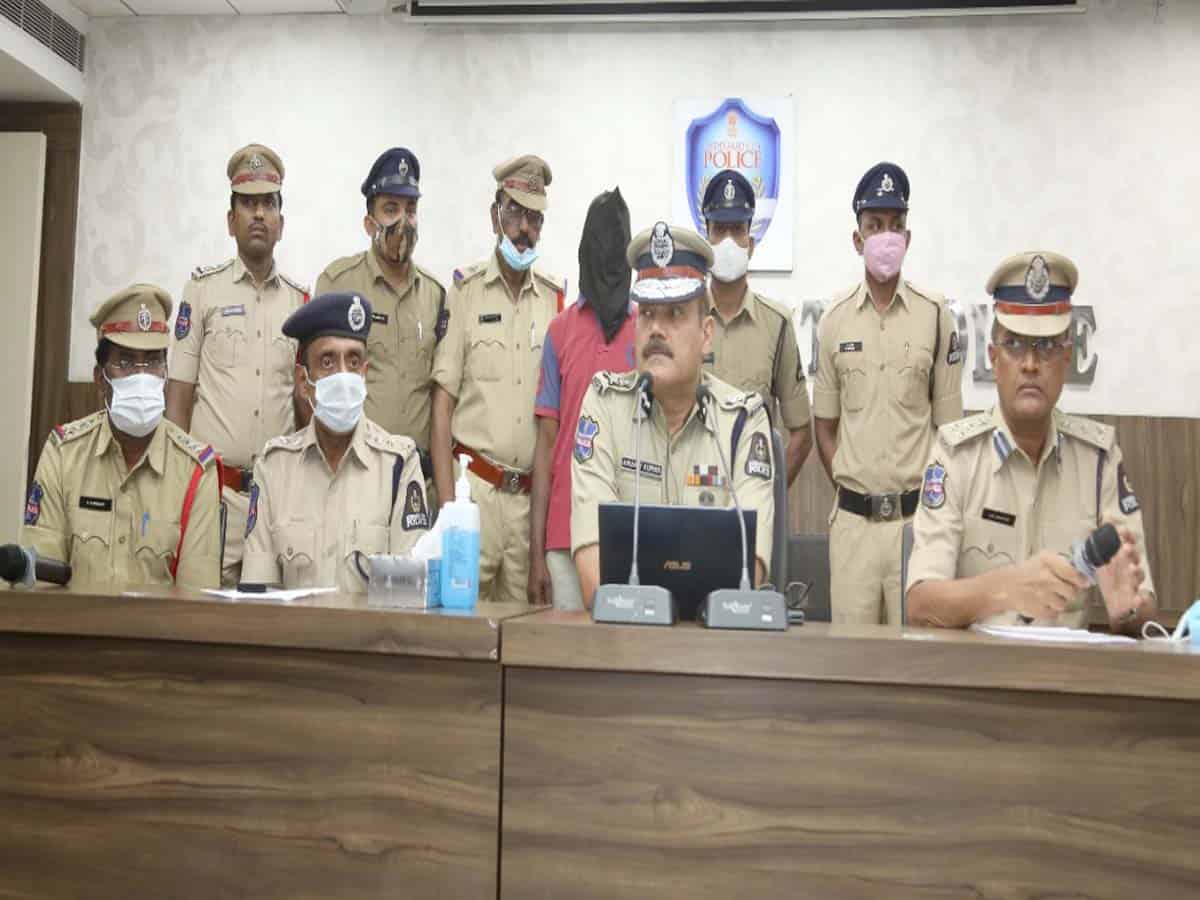 Hyderabad: The Habeeb Nagar police have arrested a psychopath killer and solved the mystery behind the serial killing of three beggars.

Bagdal, Karnataka is an alcoholic and also addicted to bad vices. He is unable to meet his financial needs with his meagre income. He sleeps on the footpath at Ek Minar Mosque, Nampally during night times.

theft of cash from the footpath dwellers. He found a person and asked for a match box, when the person who was asleep, woke up since the accused demanded him to give some cash, but he refused to give.

Qadeer immediately took a piece of slab and hit on the person’s head and took Rs. 150 from his possession and fled away.

In yet another case he had murdered a person by name Khaja who was sleeping in an Auto Trolly and
asked him to give some space to sleep, when he refused, the accused took a stone and hit on his head and killed him.

On October 15 also Qadeer came to Murgi Market, Nampally and tried to take some amount from a sleeping beggar on the footpath. When the beggar woke up and resisted, the accused pushed him due to which he fell down in supine position and received bleeding head injury and died later.

Using human intelligence, the Habeeb Nagar police have solved the mystery behind three murders and have apprehended the serial killer and sent him to judicial remand.