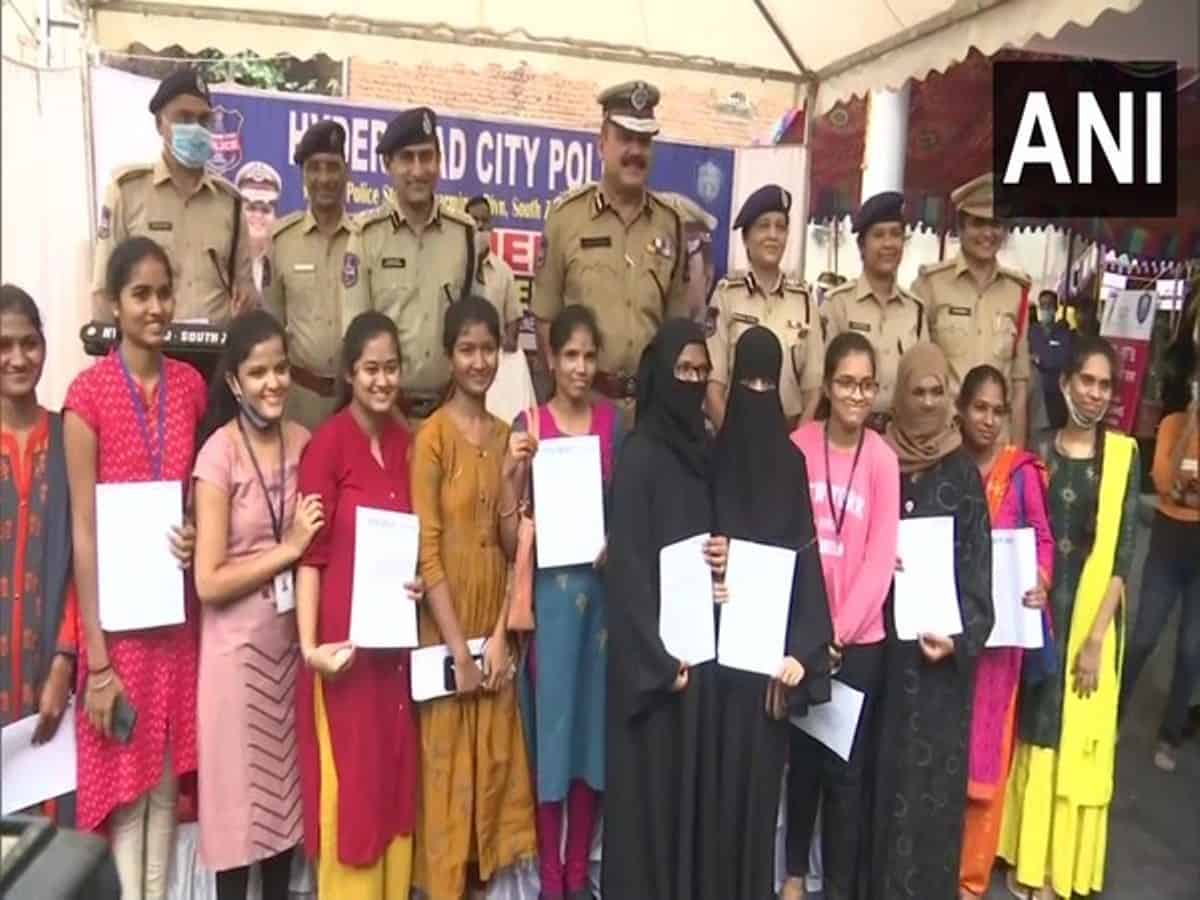 Hyderabad: Hyderabad Police has organized a job drive for women which is expected to provide jobs to nearly 400 women, said Commissioner of Police Anjani Kumar who gave away letters to the select candidates.

Addressing the media on Saturday, the commissioner said that Chief Minister K. Chandrashekar Rao ensured that women safety and security gets the top priority.

“Today we organised a big job connect mela for women in the old city of Hyderabad. Chelapura, the women police station here is the campus, where we expect that more than 300-400 women will get jobs. After the formation of the new state of Telangana, Chief Minister K. Chandrashekar Rao ensured that women safety and security gets the top priority, not only in the city but in the entire state,” he said.

“With the initiative of She teams and Bharosa centre, we have shown that Hyderabad and Telangana is the safest place in the country,” he added.

“In the recently conducted survey by the India police foundation, in most of the parameters, Hyderabad and Telangana state are in number one position. In some of the parameters, they are at number two. We feel proud when we maintain such high standards,” he said.