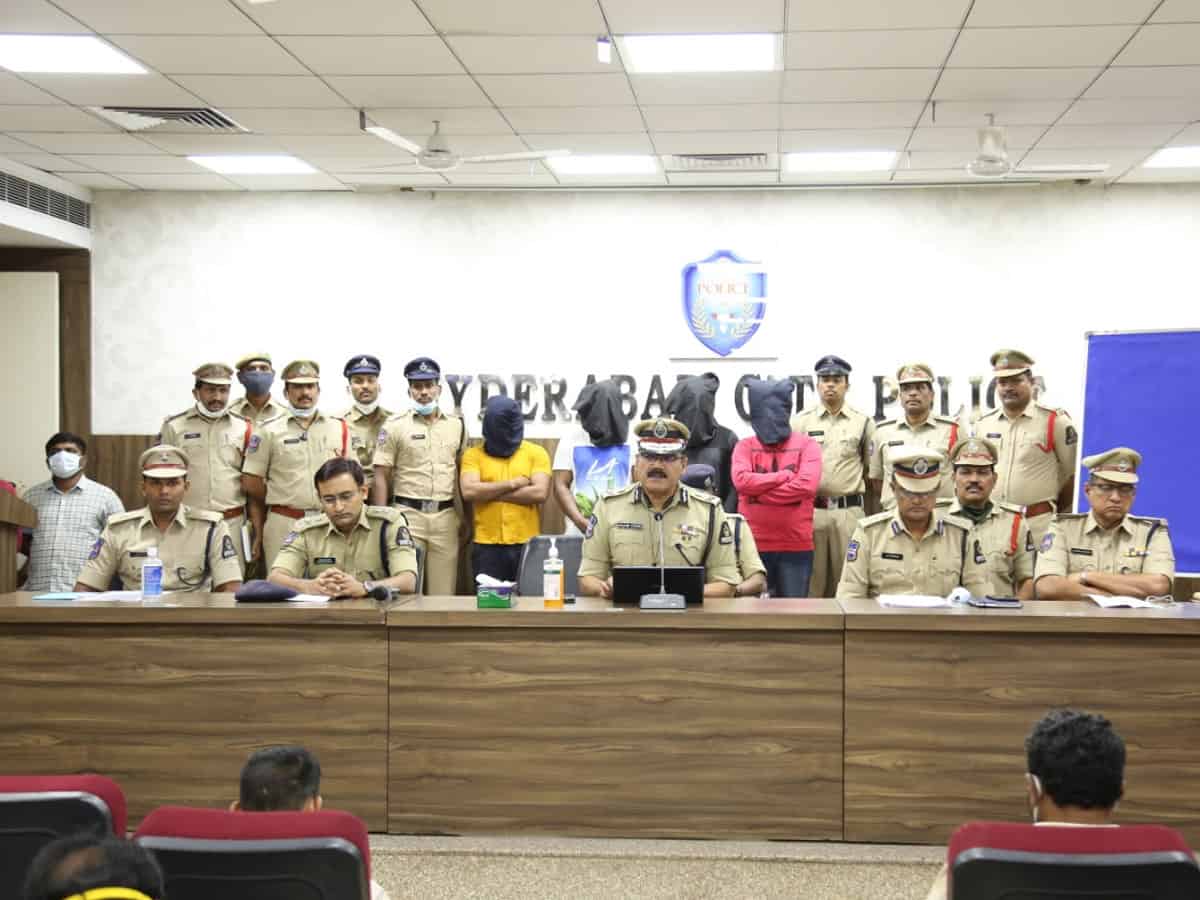 Hyderabad: The Hyderabad police have rescued a businessman within three hours after he was kidnapped by unidentified assailants. The police also arrested four accused who were indulged in the incident.

The police informed about the incident on Friday according to which the victim, Amaranath Reddy was taken away by the assailants from his residence in Banjara Hills on Thursday and later the family alerted the police about his disappearance. The police swung into action and launched a search operation by forming teams.

Giving details of the incident, Commissioner said, “As per the complaint filed by the K Kalapana Reddy wife of K Amaranath Reddy, the kidnappers have demanded Rs 4 lakh for Amaranath Reddy to be released. The Kidnappers continuously called her and said that her husband has to give four lakhs rupees and demanded to immediately send to the bank account which they have given before 5 PM or else they will take her husband along with the car to Chennai and will kill him.”

During the course of the investigation, a police special team has been formed to trace out the victim K Amaranath Reddy and as well as the apprehension of the accused persons, he said.

“Due to non-availability of money, Police were able to arrange the Cash and sent the photos from the complainant cell phone to the kidnappers. On that kidnappers instructed the complainant to come to Srinagar Colony, Banjara Hills along with cash, at about 06:30 PM,” he said.

“The complainant along with the police special team proceeded to Srinagar Colony wherein police laid a trap where two kidnappers Pradeep Natarajan and Paluru Lokesh Kumar came to Srinagar Colony along with the victim car. While handing over the money, police apprehend Paluru Lokesh Kumar and interrogated him leading to the location of the rest of the gang members. The police have arrested three other accused while two others have absconded,” he added.