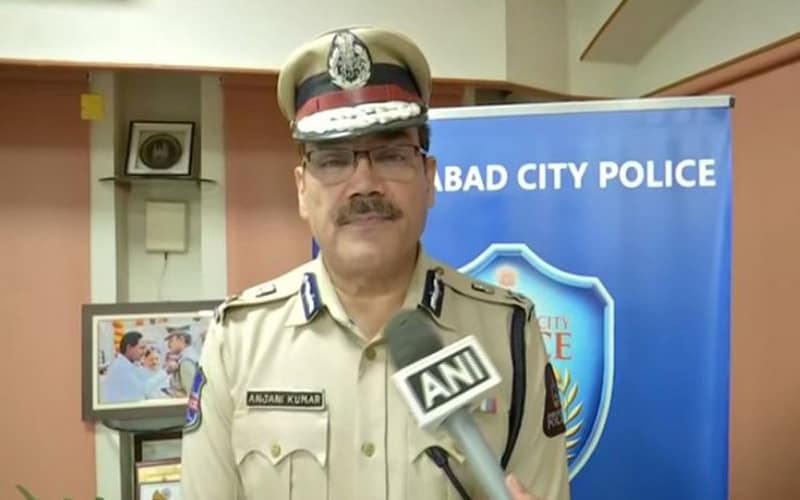 Hyderabad: The Hyderabad Commissioner’s Task Force along with Afzalgunj Police has conducted a raid on a godown located at New Osmangunj and seized the banned noxious Chewing Tobacco products weighing about 1475 Kgs worth Rs. 57,07,640. One person indulged in possession/sale of such products was apprehended, according to a police official.

According to Hyderabad City Commissioner Anjani Kumar IPS on Thursday, the raid was conducted on Thursday as per a piece of credible information.

The accused has been identified as D Chinna Nagaraju who hails from the Kurnool District of Andhra Pradesh. His forefathers were also engaged in the procurement and sale of Tobacco products, said the statement.

The accused was appointed as a distributor by Bharath Beedi Works Private Limited for Hyderabad circle where he use to sell the beedis to various dealers in bulk quantities within the city. Later he started an agency at Pebbair, Wanaparthy (D), Telangana in the name and style of “Bharath Agencies”. In the year 2017, he visited Delhi and came into contact with one person by the name of Naresh who is a bulk supplier of Tobacco and its products. Nagaraju placed an order to Naresh, in turn, Naresh transports the Material to the required destination, said the police statement.

The accused opted to take rent of Godown at Osmangunj in order to hide his storage premises from the Police following the imposition of prohibition of sales of chewing tobacco products by the Telangana government.

Acting on the tip-off, the sleuths of Commissioner’s Taskforce, East Zone Team along with Afzalgunj Police raided godown in Osmangunj, Hyderabad and apprehended the accused and seized the above material from the godown, read the statement by police.