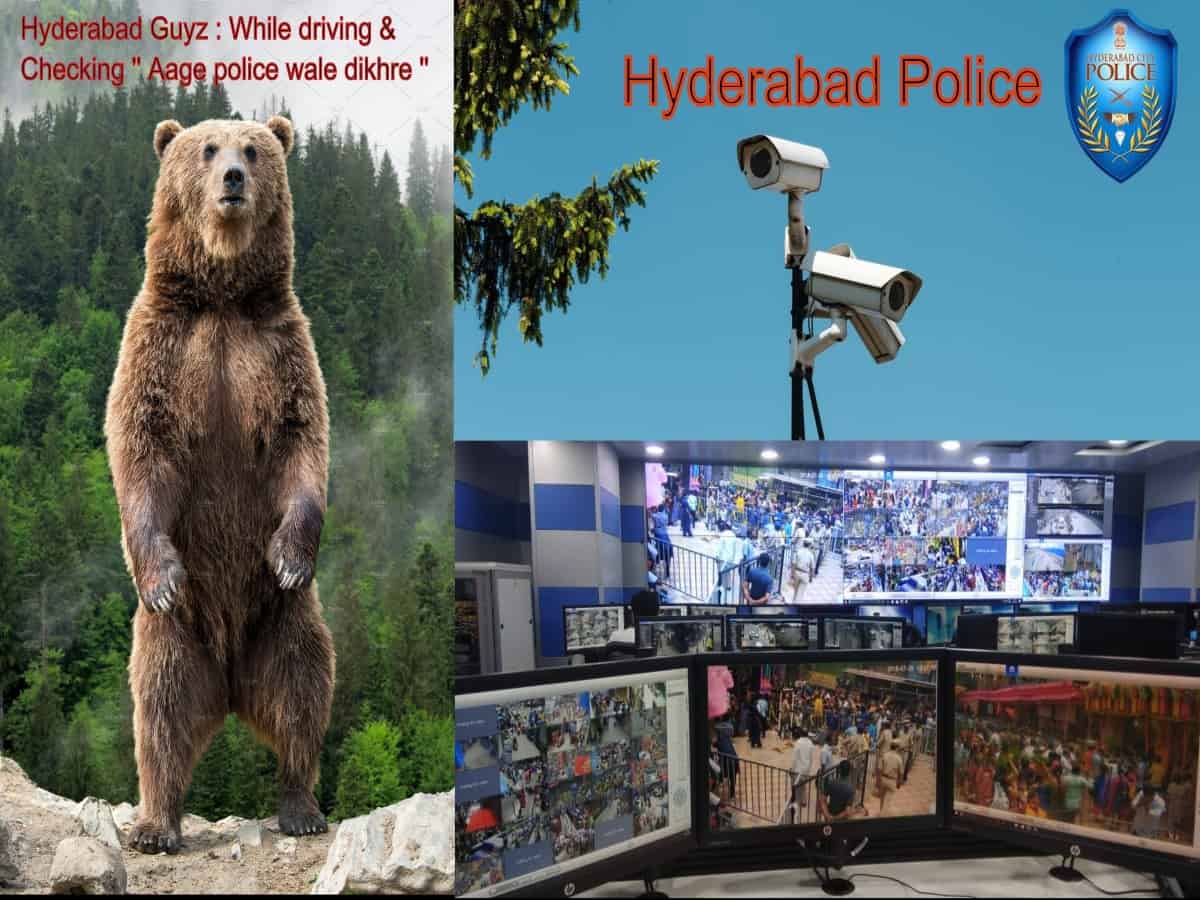 Hyderabad: The social media team of the Hyderabad Police is continuing to win over netizens with their creative posts. Using memes, film clips and posters, they are spreading awareness in a light-hearted way on cyber scams and reminding people to follow rules.

The official Twitter handle of the Hyderabad city police shared a video that aims to spread awareness on OLX frauds. This video is put together using clips from the recent Tollywood blockbuster flick ‘Jaathi Rathnaalu’.

They also retweeted a post shared by the Cyberabad Traffic Police’s Twitter handle, which contains a poster of the Tollywood film ‘Chaavu Kaburu Challaga’ (which is a Telugu expression that means ‘to convey grave news coolly).

The poster shows the protagonist performing a stunt on his bike with the heroine sitting on the pillion seat, and has the caption “Helmetlu pettukoni, sarigga nadipithe elaanti kaburlu vinaalsina pani ledhu Basti Balraju gaaru,” which translates to “There is no need for anyone to hear any kind of grave news if you wear your helmet and drive properly.” The caption is a play on the title of the film.

The handle posted an anti-drunk-and-drive message using pictures from the iconic cartoon show Tom and Jerry. The post was accompanied with a quote, “In a split second you could ruin your future, injure or kill others, and tear a hole in the heart of others.”

The handle also posted an awareness post on different kinds of online predators, detailing how they operate. The post has a side-by-side comparison of a dolphin and a great white shark, implying that predators are not as friendly as they appear.

The Hyderabad police have certainly upped its social media game and are wow-ing netizens with their witty posts.