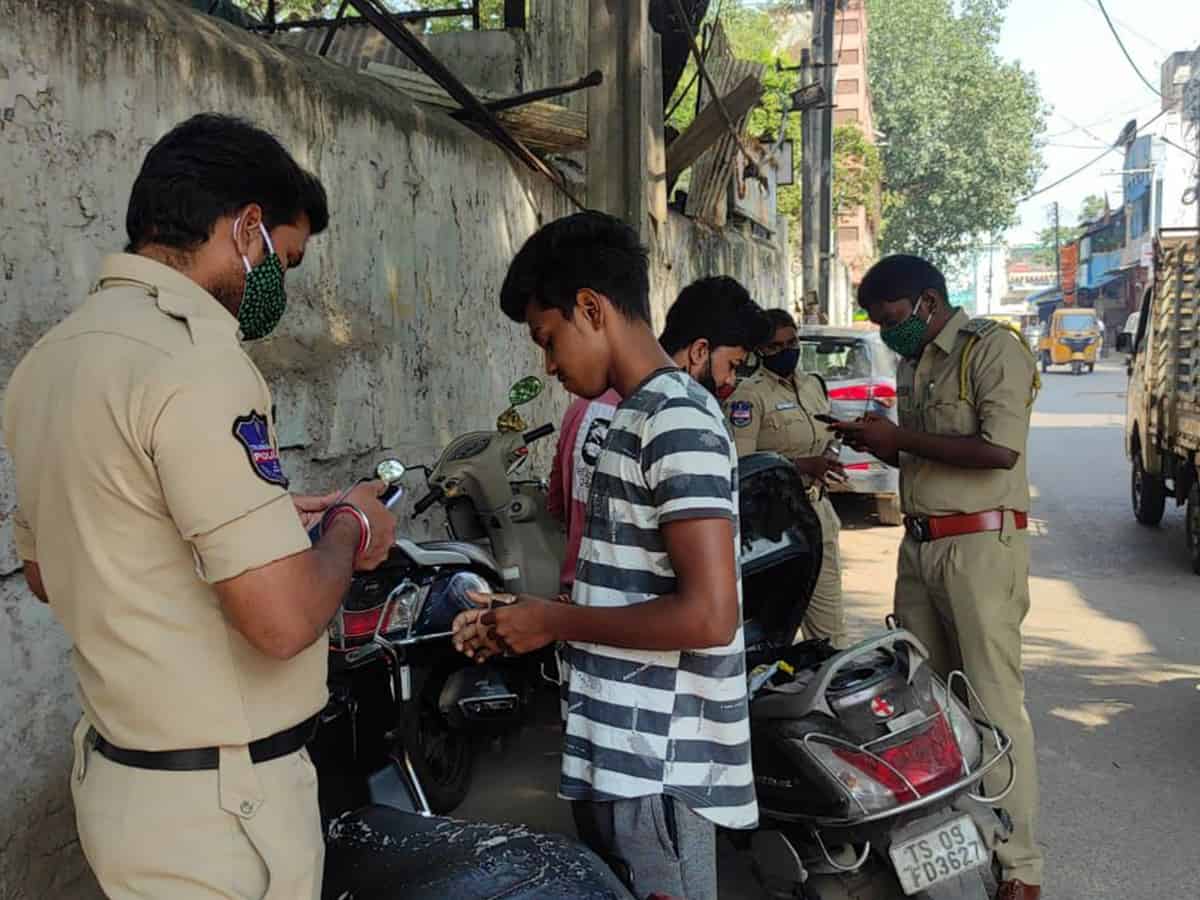 Hyderabad: The visiting circus of half a battalion of police to cordon-off areas and searching through kitchen utensils seizing chilli powder, haldi and anything they don’t like is a common affair in slums across the Hyderabad, Cyberabad and Rachakonda police jurisdictions.

It seems someone inside this circus decided to take this national. The state police’s “people friendly” cordon searches are being carried out by multiple state police departments in the country. After Hyderabad, it has now become a regular police activity in Telangana, Andhra Pradesh, Delhi and even Punjab.

The Director General of Punjab Police in an interview made it very clear why they are conducting these cordon searches. According to him, the cordon searches help “induce confidence” in cops among the public. They are carrying out these searches in a “very people friendly fashion”. The stated aim of the searches, which began in Hyderabad, is to find drugs.

The police are clearly entering homes of people, ripping apart their furniture in a very “friendly manner”. We don’t know how much drugs these police departments have caught, as they haven’t yet copied the Hyderabad police press meets parading bikes and autos they seize. The punjab police has extended the cordon searches to apartment complexes, and hasn’t confined them only to poor neighbourhoods.

Just like the Punjab police, cops in Andhra Pradesh police are also after illegal liquor production. The department there is carrying out cordon searches in rural areas. In Vijayawada, they are queuing the people from slums to capture their iris biometrics. Like the Hyderabad police, the AP police also has iris checking to identify ex criminals during cordon searches.

They carry their giant iris machines connected to a desktop computer inside a police van and make people stand in queue to be scanned at this police van. In Hyderabad, during cordon searches, police also check Aadhar cards.

In a similar fashion, the Delhi police too has experimented with these cordon searches in slums. But to what end is entirely unclear. The Delhi police used to carry out door-to-door searches near the red fort area before VIP visits for Independence day and Republic day. But now it is with no specific purpose. The fingerprint and facial recognition searches that the Hyderabad police carries out during ‘Mission Chabutra’ is now visible in Delhi.

The Delhi police is also on the street stopping people and taking their photographs.

What is a cordon search?

A cordon and search is a military practice primarily used in war zones to search households for weapons and armed enemy combatants. Several militarised areas like Jammu and Kashmir and some parts of north east do witness these exercises and often involve the armed forces carrying weapons. Why it began in Hyderabad is the big question.

The so called people-friendly cordon searches being carried out by the Hyderabad and other state police departments is a little devoid of these high machinery. But it continues to adopt the drama. While there is a stated objective for searches carried out by the military, the police have little or no purpose.

Any lawyer can tell you these searches are illegal and the police can’t enter your houses without warrants. Not to mention, these are direct violations of your fundamental right to privacy. The police are by-passing all the constitutional and procedural checks and balances by issuing a general warrant under section 94 of CrPC, which has no provisions for an entire street, door to door search.

Cordon and Search as a practice might have evolved in Hyderabad, but has been successfully exported to the rest of the country through IPS networks by the Ministry of Home Affairs. When the police started cordon searches in Hyderabad, it was about surveillance of ex-criminals and whether they are staying home at night.

It later became a general purpose identification and Aadhaar data collection exercise. Cordon searches then evolved into a drug search exercise. Now the police is rebranding it as community outreach and policing. In the past, the then Police Commissioner of Hyderabad Police Anjani Kumar, said they are conducting these exercises to make investors feel safe in Telangana; to show their investments are being protected.

Overall, Hyderabad has been a successful laboratory in the country for the police establishment to evolve cordon searches among other policing practices.

Srinivas Kodali is a researcher with interests in cities, data and the internet.