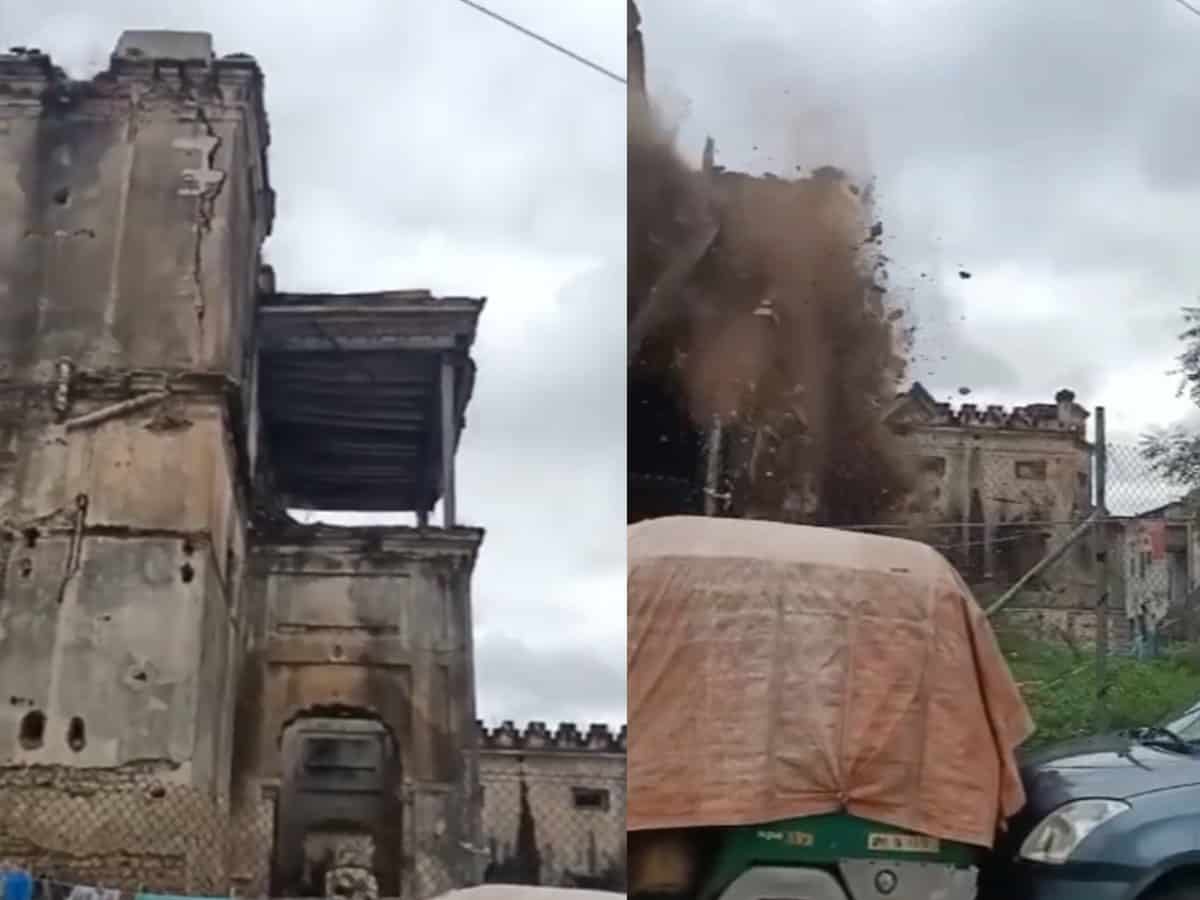 Hyderabad: In what seems to be another victim of government neglect and apathy, a portion of the historic Mahbub Mansion at Malakpet collapsed today. Visuals of the same were captured on video by locals, which show a roof from one side of the heritage structure crashing to the ground. It is unclear as to what has caused it as of now.

In the video, the portion can be seen crashing to the ground, with locals screaming the same. The 119-year-old structure, built during the time of Hyderabad’s sixth Nizam Mahbub Ali Pasha, had been in neglect from a long time. Many heritage activists have time and again sought state intervention to preserve the historic structure, which was once the resident of Mahbub Ali Pasha.

“It could be due to the rain, or anything else. It has not been touched or even looked upon with an intention for restoration. Time and again we have raised the issue but the state government has never done anything. The place has been full of encroachments,” said an activist, who did not want to be quoted. When contacted, Arvind Kumar, principal secretary (urban development & municipal administration) could not be reached for comment.

The 118-year-old palace at Malakpet was a place which Mahbub Ali Pasha (1869-1911) would occasionally visit. The place has been in ruins from years, and even though the state government fenced the place, encroachments nearby have crept up. During the late 1970s, about 200 acres of the Mahbub Mansion were turned into what is a local market. The structure is on the HMDA’s list of heritage sites, as a Grade 2B building.