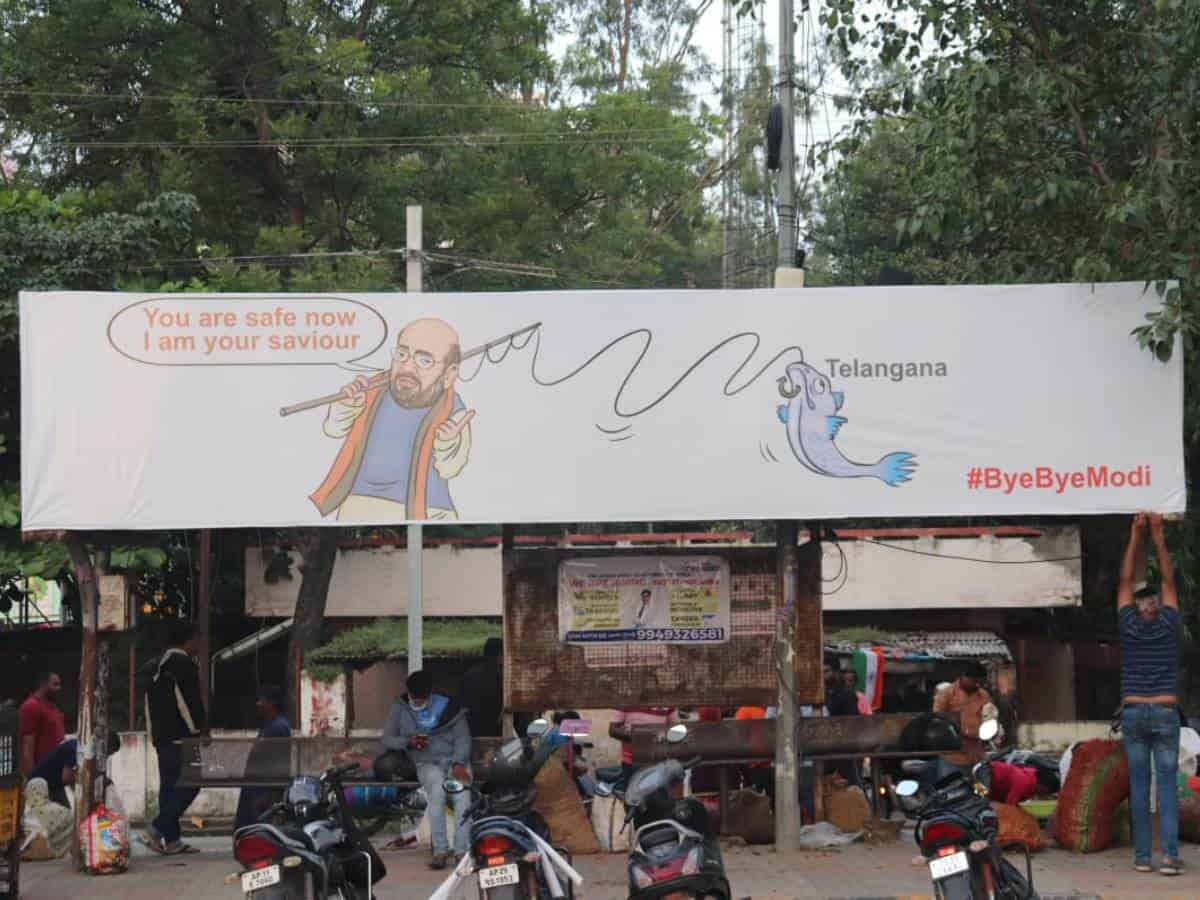 One of the posters reads, ‘Mr. Putin welcome to India, I will teach you how to encroach states without a war’.

It is not the first time, earlier too when Amit Shah visited Telangana, a poster targeting him appeared in Hyderabad.

Last month, ahead of his arrival in the state, the ‘TadipaarKaunHai’ poster appeared in Hyderabad.

Is BJP trying to gain political mileage ahead of state assembly polls?

As BJP is celebrating ‘Telangana Liberation Day’ on a mass scale this year, many experts see it as the saffron party’s attempt to draw political mileage in the upcoming assembly polls in the state.

Though the Telangana government has also announced the celebration on September 17, the state government is terming it ‘National Integration Day’.

What happened on September 17?

September 17, 1948, is the day when erstwhile Hyderabad state was formally annexed to India after ‘Operation Polo’ which is also commonly known as ‘Police Action’.

However, Hyderabad was not the only princely state in 1947. At the time of independence, there were 552 princely states in the country.

Out of them, 549 agreed to join the Indian union while Hyderabad, Kashmir, and Junagadh were reluctant.

The ruler of Kashmir, Hari Singh, made the decision to join the Indian union after an uprising in the western districts and attacks from Northwest Frontier Provinces.

Junagadh which was a princely state in Gujarat wanted to join the Pakistan union, however, the Indian government sent the military into the erstwhile state and annexed it into India.

In the case of the erstwhile Hyderabad State which was made up of the current Telangana state, some districts of Karnataka and Maharashtra became part of the Indian union after Mir Osman Ali Khan, the seventh Nizam signed an instrument of accession.