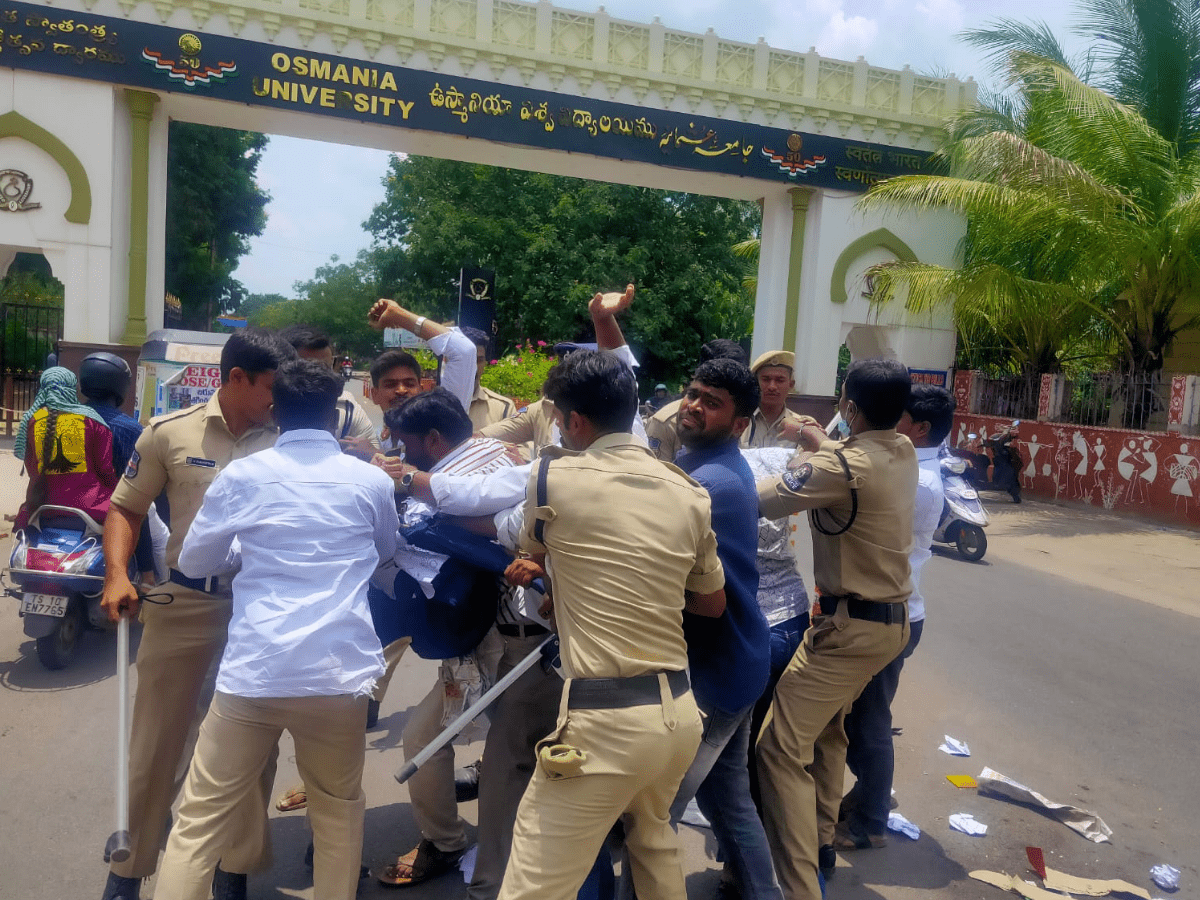 Around 30 students from the Vidyarthi Jana Samithi (VJS) and Yuva Jana Samithi (YJS) protested in front of the university gate and raised slogans against the Defense Minister Rajnath Singh the ruling BJP.

The protesters also attempted to burn effigies but were detained and taken to the Nallakunta Police station.

The president of YJS who is currently studying Law at OU, Sayyed Saleem Pasha while speaking to Siasat.com said, “We are disappointed with the scheme’s length of service and the fact that there are no pension arrangements for individuals who are discharged early. We want the previous recruitment strategy. The claims that the new scheme was ostensibly revealed after extensive consultations, is untrue.”

“The government wants to privatise the army, and the administration wants to save money, which is why they are not granting pensions,” he added.

Police personnel has been stationed around the university campus, fearing that students may organise protests against the Agnipath scheme which may turn violent.

What is the Agnipath Scheme?

Agniveers will only be on the job for four years. They will go through rigorous training for the first six months before being recruited into the army, navy, or airforce and serving the country for the next three and a half years.

The announcement of the scheme has sparked protests among young people across the country. On June 16 and 17, protests were staged in 11 states, and some states still continue to hold protests. Protesters obstruct traffic and cause damage to public property. The protest took place in Bihar, West Bengal, Odisha, Telangana, Uttar Pradesh, Haryana, Madhya Pradesh, Uttarakhand, Punjab, Rajasthan and Delhi.