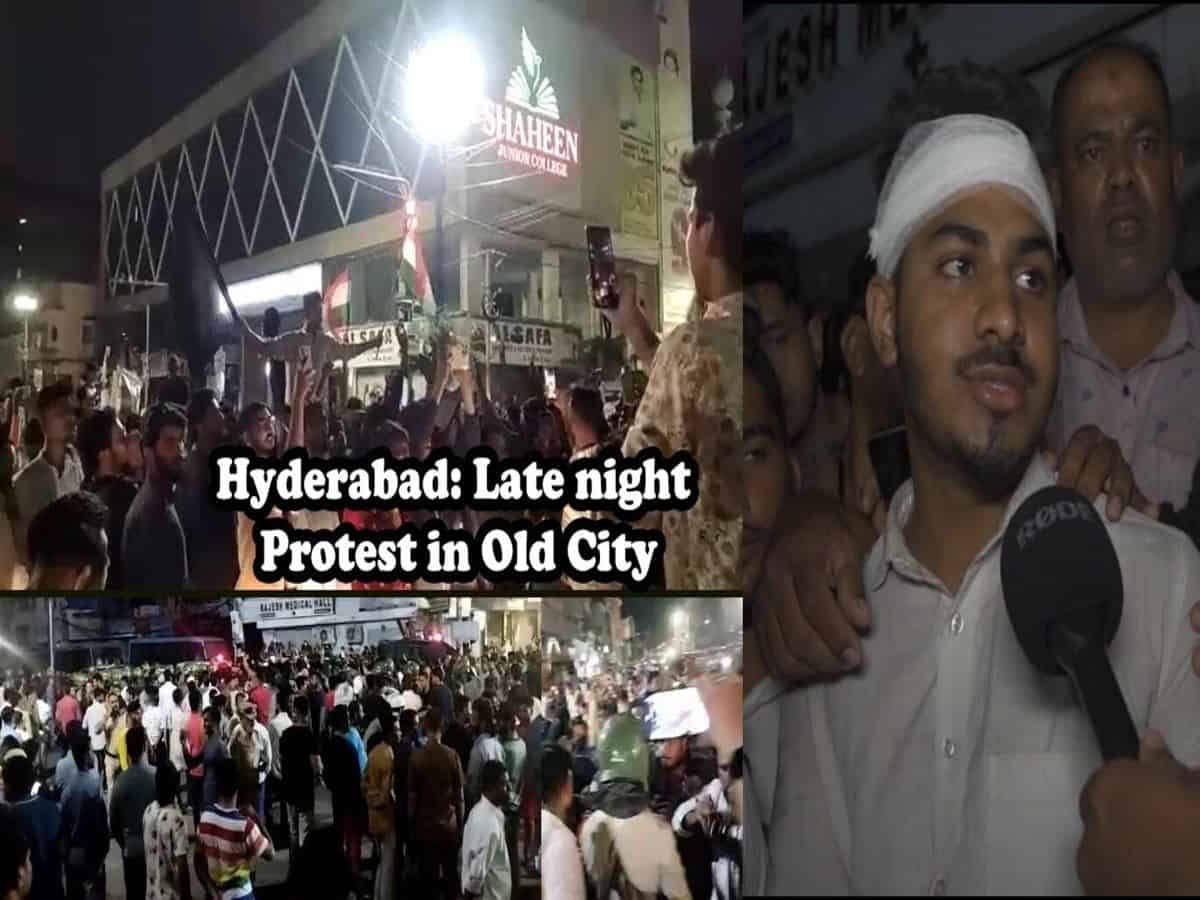 Hyderabad: Hyderabad continues to be tense as the city is witnessing protests after a court granted bail to BJP MLA Raja Singh on Tuesday.

In almost all areas of Old City, youths are seen protesting till early morning on Wednesday demanding the arrest of the MLA for his derogatory remarks on Prophet Muhammed.

Speaking to a journalist of Siasat.com, youths said that police are resorting to lathicharge to stop the peaceful protests against Raja Singh.

Some of them alleged that locals of Dhoolpet are attacking Muslims after confirming their identity. They also alleged that cops are acting as silent spectators.

Two youths alleged that they were thrashed by around 25 men in Begum Bazar when they were returning from office. They also alleged that cops too did not come to their rescue despite seeking help. One of them received severe head injuries.

Some of the youths are claiming that cops are not taking any action in areas such as Dhoolpet and Begum Bazar whereas, in old city areas, a heavy police force has been deployed to suppress the protest.

So far, four people including a police sub-inspector were injured in skirmishes in protests against Raja Singh.

Several rallies were taken out last night. The largest one was held at Shalibanda.

At around 3 am, some of them tried to march toward Goshamahal, but the attempt was prevented by the police.

Large numbers of personnel from the Rapid Action Force, state police and Armed Reserve have been posted to contain the situation.

Meanwhile, Maulana Mutuza Pasha has also made an appeal to the youths of the old city to not fall into the trap and return to their houses.