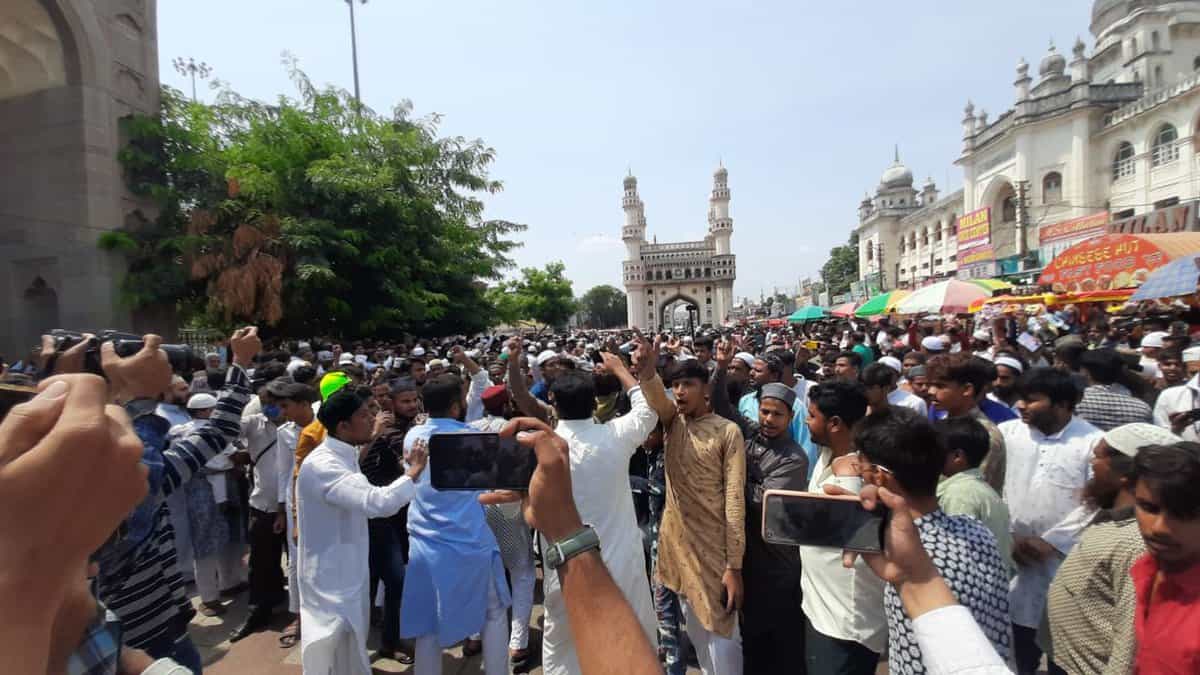 Hyderabad: A protest rally demanding arrest of Nupur Sharma was taken out by the local people of Hussainalam on Thursday evening.

Scores of people participated in the rally holding placards denouncing the blasphemous remarks made by the now suspended BJP spokesperson Nupur Sharma. The people demanded the police arrest her and not just limit themselves to booking a case.

A participant interacting with reporters said the police should arrest and send Nupur Sharma to jail so that no other person dares to repeat such act.

During the day the students of Charminar Unani Hospital took out a rally in the college campus demanding strict action and immediate arrest of Nupur Sharma.

They condemned frequent attempts by radical elements to defame Islam and Prophet Mohammed.