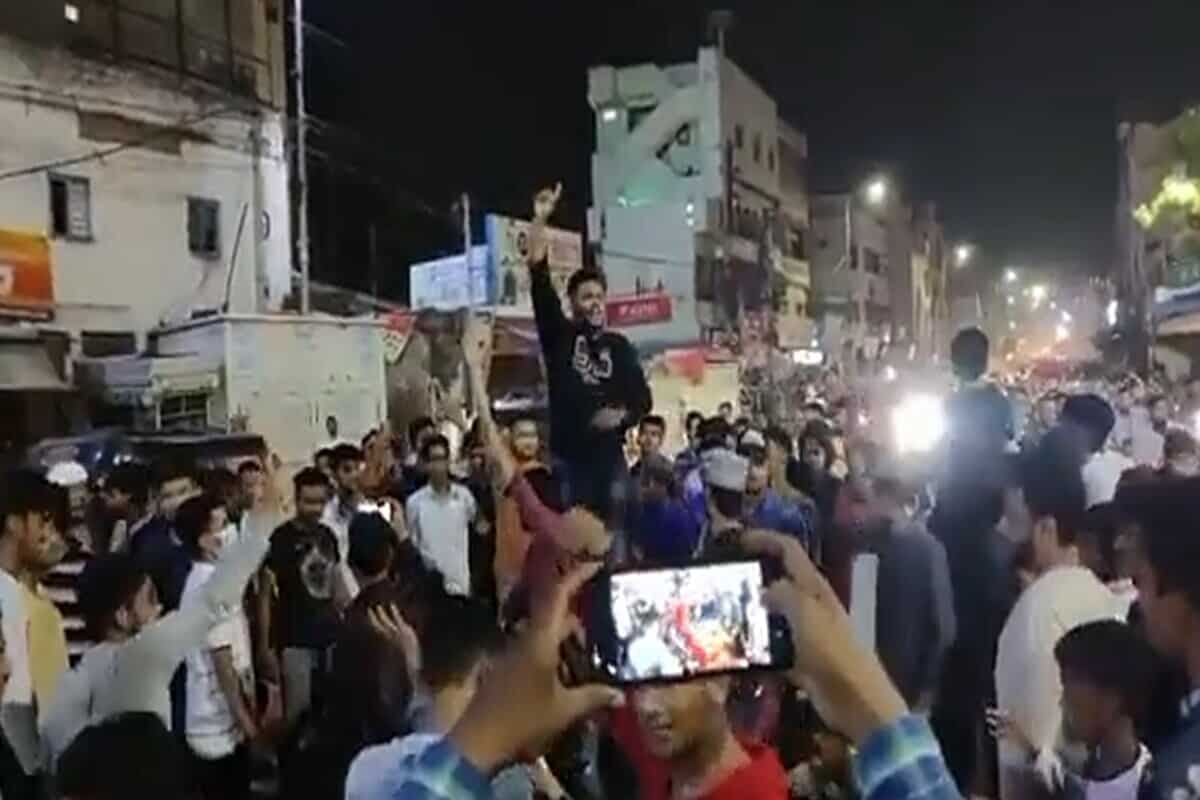 Hyderabad: Muslims of the city on Tuesday took part in protests against the now suspended BJP MLA from Goshamahal T Raja Singh for his alleged controversial remarks against Prophet Muhammad.

Crowds of people sloganeered demanding that Raja Singh be delivered capital punishment for his alleged comments at Chanchalguda.

He was granted bail by the Nampally High Court on Tuesday evening based on technical grounds.

The defence counsel had moved a bail petition before the court raising several irregularities in the procedure of the MLA’s arrest. The lawyer argued there is a flaw in the Hyderabad police’s process for not complying with the Supreme court’s guidelines.

He was arrested in the morning by the south zone police for making derogatory remarks on Prophet Muhammad in a “comedy video” that he released late on the night of August 22 on Youtube. Some protestors who turned up in the court were also lathi-charged by the police personnel.

What Raja Singh said in the video

The BJP MLA called it “comedy”, and also abused comedian Munawar Faruqui and his mother two days after the comedian’s show was held in Hyderabad.

Raja Singh was essentially unwilling to let go of the fact that standup comic Munawar Faruqui was allowed to hold a show in the city last week. Faruqui performed at the Shilpakala Vedika with full police protection on August 20. The venue was turned into a fortress by the cops, who also put the BJP MLA under house arrest to prevent him

Telangana BJP distances itself from his comments

The Telangana unit of the Bharatiya Janata Party (BJP) has disassociated itself from party MLA Raja Singh’s remarks on Prophet Muhammad. “Our party respects all faiths and if anyone deviates from it, we will look into it,” chief spokesperson Krishna Saagar Rao said.