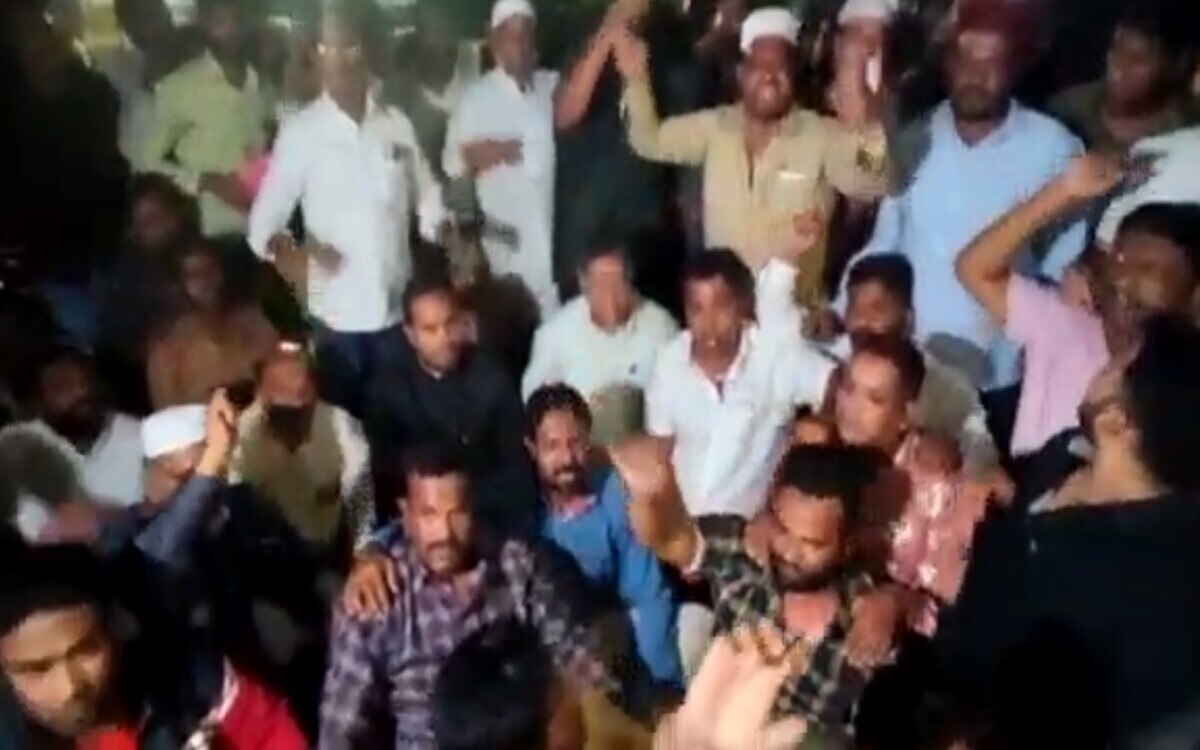 Hyderabad: Protests over the demolition of Masjid-e-Khaja Mahmood located in Green Avenue colony in Shamshabad continued for the second consecutive day.

A big rally was taken out in Shamshabad by the local people to protest the demolition. Around 1,000 local persons participated in the rally taken out under heavy police presence. Riot police have been deployed in Shamshabad for the last two days after the masjid was demolished at 3 a.m on Tuesday by the local municipal and revenue officials.

It is understood a senior officer of the Ranga Reddy district collectorate oversaw the demolition of the masjid amidst heavy police presence.

The Cyberabad police imposed Section 144 (of the CrPc) around the Masjid-e-Khaja Mehmood mosque in Shamshabad.

According to Majilis Bachao Tehreek (MBT) leader Amjedullah Khan who reached the spot soon after learning about the demolition — it was done in the wee hours of Tuesday — a court case was underway after a local resident filed a petition in the local court contesting the legality of the mosque.

In Hyderabad, Karwan MLA who belongs to the AIMIM party along with AIMIM corporators sat on a dharna in front of the Ranga Reddy district collectorate in the evening. The police presence was increased around Lakdikapul after the protest gathering.