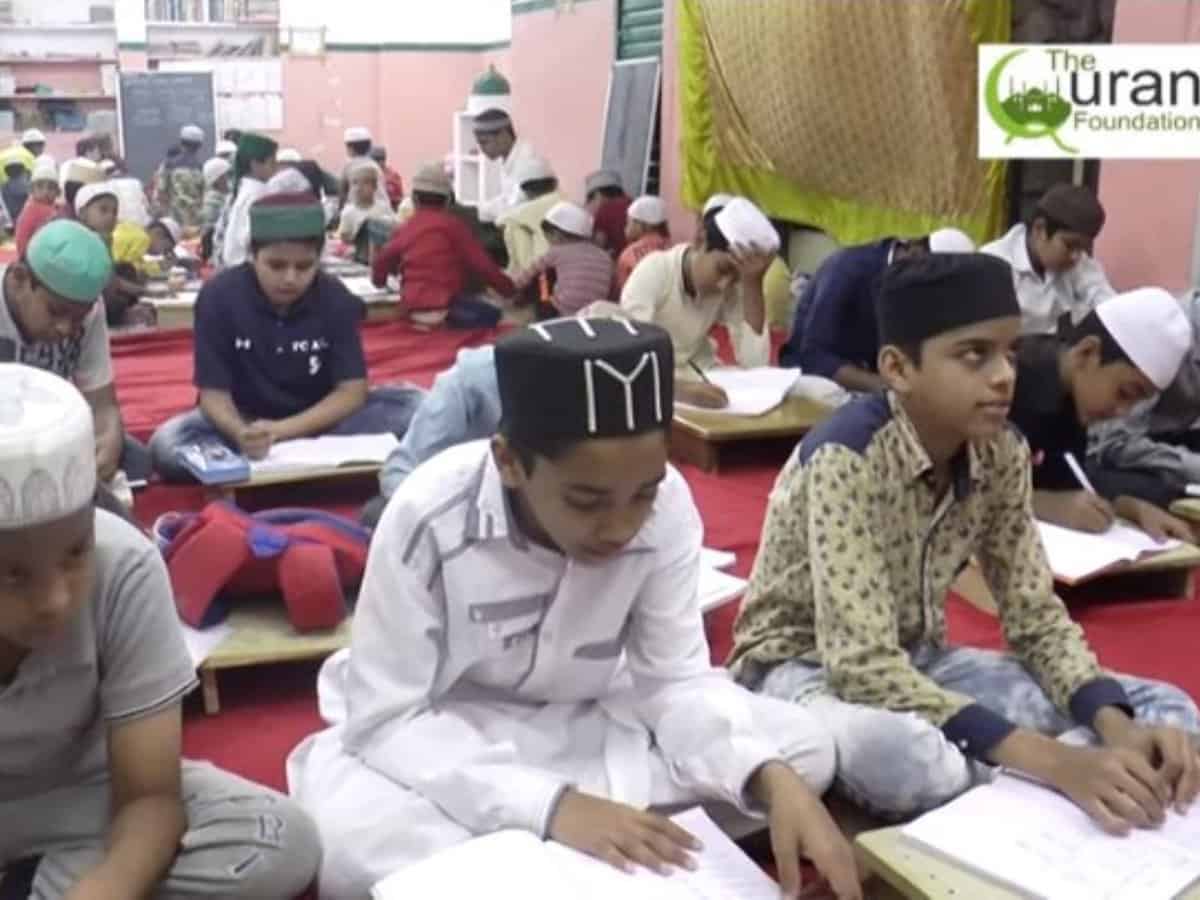 Hyderabad: Everyone knows that COVID-19 brought global chaos and tragic deaths in the world. The succeeding lockdowns added fuel to the fire of people’s problems in life. However, there are few organizations that did not lose hope and also helped others hold their nerves.

The poor people were hit the most during the pandemic. Children from good economic backgrounds continued their education online, but the poor opted out due to their inability to pay the fee and arrange for electronic gadgets.

In such a situation, The Quran Foundation – NGO based in Hyderabad, India – came forward as a blessing to help the underprivileged with an out-of-the-box idea of initiating Mohalla Tuition Centers to teach Mathematics, Science, Social Studies and languages, etc., to the poor students from 3rd to 8th standard.

An important feature of this initiative was that the classes were conducted in mosques reminding us that serving people in need has no match and is one of the greatest religious obligations. Currently, it is running at 35 locations across the city with over 2000 students attending the tuition classes.

Following are the views of different stakeholders of the program.

“For the last two to three months, after Asr prayers in our Masjid, The Quran Foundation has been organizing tuition classes for poor children. There are about 45 students who’re being taught. Now not only they are improving but they are being regular to prayers as well”, says Hafiz Mohammed Affan, Imam of a masjid.

Not just the administrators, but the students have also shown their excitement to this great initiative. “I wasn’t very skilful at Mathematics. But my teacher in the education center has taught me the concepts well”, said Syed Ayan, one of the students.

One of the parents said: “My child is getting tuition in a Masjid; he’s learning school syllabus there, while also offering three (evening) prayers. I cannot afford to pay the school fee, so this free education is helping me and my child greatly.”

The teachers are skillful and have a similar zeal to uplift the underdeveloped communities. “We not just educate the poor students here, but also counsel their parents so that the children complete their education,” said Mohammed Abdul Khader, one of the faculties.

Coordination is the key to run such educational initiatives, and committee members of Masjids have also played a vital role in organizing them. “We have so far accommodated about 50 children for their education in our Masjid, and the school syllabus is taught here from Maghrib (sunset prayer) to 9 pm. The children’s loss as far as their education goes, is irreparable, we are trying our best to reconstruct their future” said Mr. Abdul Jaleel Azad, a committee member of a Masjid.

This program is being run to bring an overall development among students.

Talking more on this initiative, the vice-president of The Quran Foundation Dr. Syed Ali Luqman Husaini said: “Apart from imparting school education to the students, we are also grooming them on morals and etiquettes and giving them career guidance so that the students can dream about their future, and start working on their goals early in their life. Not just the students, the teachers are also honing their teaching, communication and leadership skills.”

Win-win situation for all

General Secretary of The Quran Foundation Mr. Syed Munawar is optimistic that this program is a win-win situation for all of those who’re involved: right from the students to the teachers, and also the organizers.

He said, “This program is beneficial for the entire society. It is one of the efforts made by The Quran Foundation with a motto: ‘Sab padhein, sab badhein, takey desh aage badhey’ – education and development for all for the country’s development.”

These centers are run by the respective Masjid Committees with the support from The Quran Foundation in Hyderabad, with efforts being made to extend it to other poverty-stricken areas.

Who could’ve imagined that the pandemic would lead to this initiative for the greater good of the poor children – all thanks to a creative idea and a strong zeal to uplift the community from the realms of utter poverty and disappointment? It’s true that when The God Almighty sends affliction, it’s a test, but He also creates ways and opens up doors of possibilities, that none couldn’t imagine.

If anyone wishes to organize such tuition centers, please contact The Quran Foundation at Phone: +91 +919121806777 or email: [email protected]