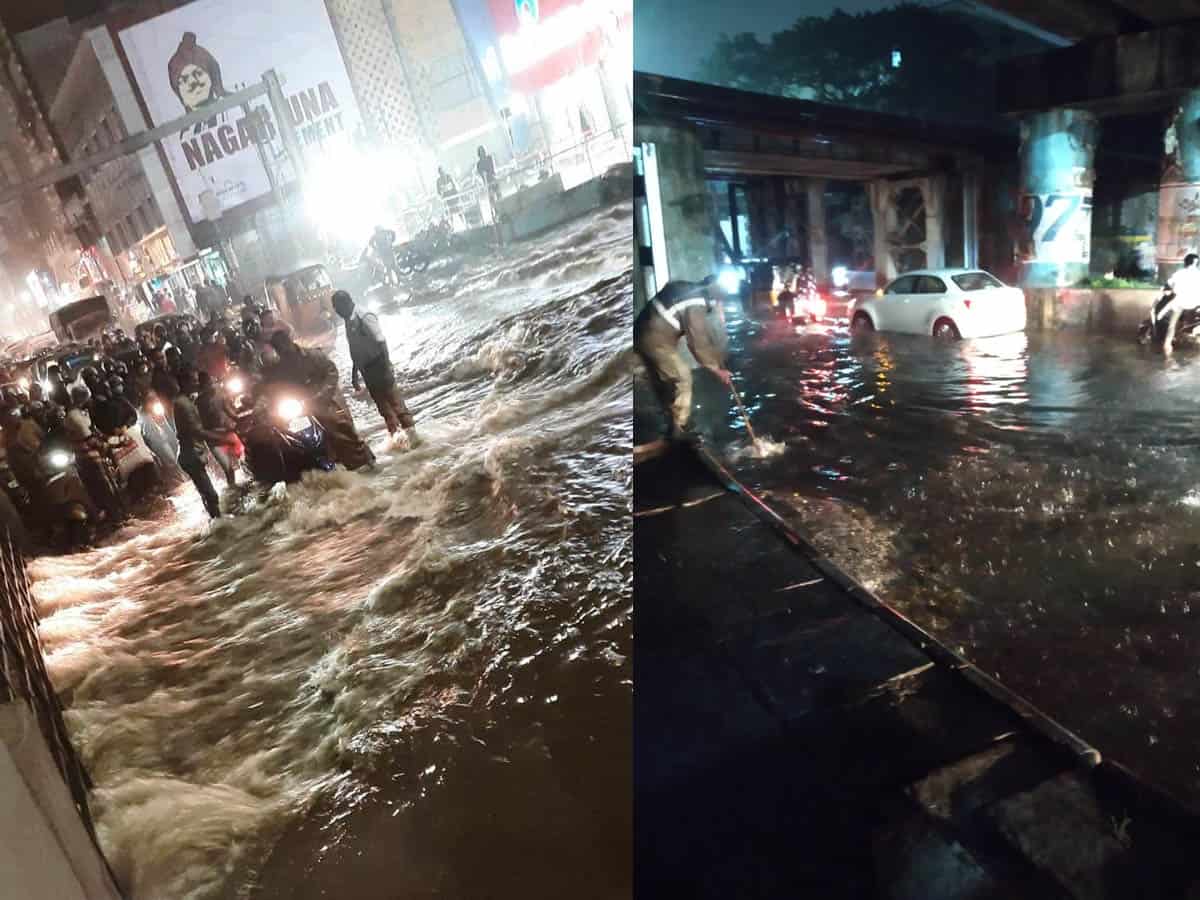 Hyderabad: As many as eight flights were diverted from the Hyderabad airport due to bad weather caused by heavy rains on Friday night. The sudden thundershowers that hit the city also resulted in several places witnessing flash floods due to the high intensity to the rains. It was also reported that one of the IMD’s radars, used to track weather on a real-time basis, has also gone offline.

By 9 p.m. on Friday, many citizens took to Twitter and posted videos and photos of flash floods in Hyderabad.

According to weather experts from the city, it is expected that rains will slow down in the next half hour or so, and moderate rainfall is likely to continue for a while after that.