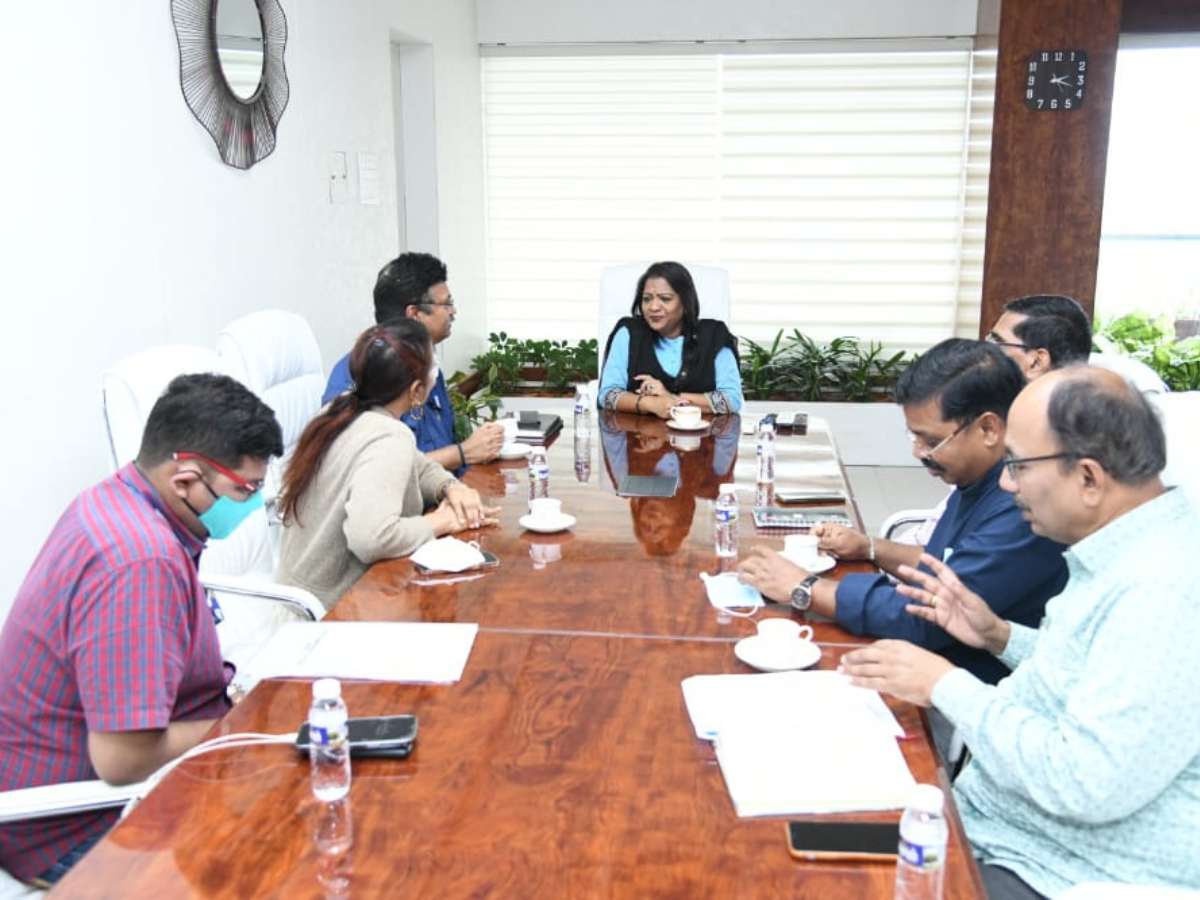 Hyderabad: In a review meeting conducted here on Tuesday, city mayor Gadwal Vijayalakshmi instructed zonal commissioners to be vigilant and take immediate action in the wake of persistent rains.

The mayor instructed officials to remove any stagnated water and ensure no garbage is accumulated at manholes, and nalas in order to ensure the free flow of water.

She directed officials to keep all field staff on high alert mode and tend to complaints received from stranded citizens.

The mayor pointed out that even as the city received a downpour of 7cm, there have been no outwards incidents. She said as the flow of Musi river is on the rise officials should make arrangements to shift nearby citizens to safer places.

The mayor also appealed to the public to stay indoors, beware of electric poles and avoid taking shelter under trees.

The state of Telangana had been issued a red alert as incessant rains have been hitting various parts of the state for the past few days.

Abundant rains in Hyderabad have also led to high inflows into the Hussain Sagar, leading to water levels on Tuesday crossing the full tank level (FTL) of the lake.

The Greater Hyderabad Municipal Corporation (GHMC) is closely monitoring the water levels in Hussain Sagar and updating the situation to the Revenue and Irrigation departments.

Greater Hyderabad Municipal Corporation (GHMC) officials said there is no danger from the Hussain Sagar, but residents living in the downstream areas of Domalguda, Himayatnagar, Liberty and Ashok Nagar can be affected if the rain continues.

“All the 18 vents are kept clear to make sure that there is interruption-free draining of excess water. Residents living in the low lying areas of the Hussain Sagar are being alerted by the monsoon teams of Central and East zones whenever necessary. The GHMC is coordinating with the revenue and local police,” said a GHMC official.