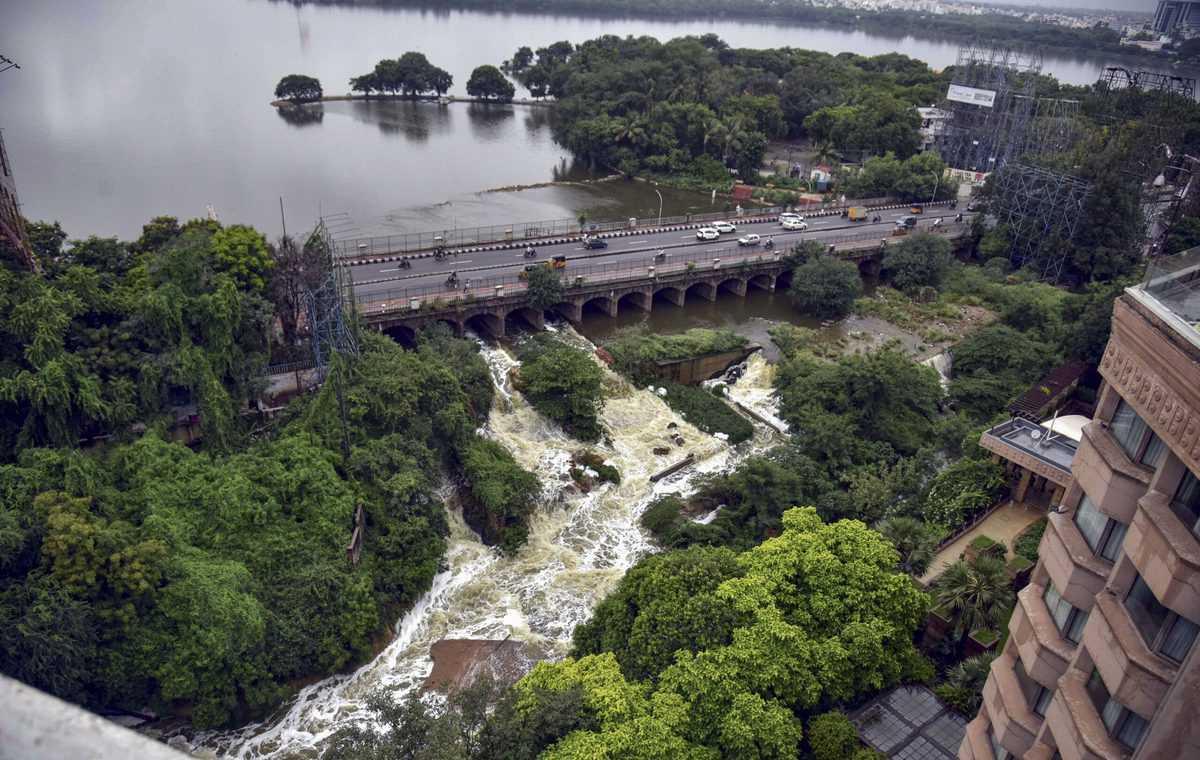 Hyderabad: Abundant rains in the city have led to high inflows into the Hussain Sagar, leading to water levels on Tuesday crossing the full tank level (FTL) of the lake.

The Greater Hyderabad Municipal Corporation (GHMC) is closely monitoring the water levels in Hussain Sagar and updating the situation to the Revenue and Irrigation departments.

Greater Hyderabad Municipal Corporation (GHMC) officials said there is no danger from the Hussain Sagar, but residents living in the downstream areas of Domalguda, Himayatnagar, Liberty and Ashok Nagar can be affected if the rain continues.

“All the 18 vents are kept clear to make sure that there is interruption-free draining of excess water. Residents living in the low lying areas of the Hussain Sagar are being alerted by the monsoon teams of Central and East zones whenever necessary. The GHMC is coordinating with the revenue and local police,” said a GHMC official.

If the spell of rain continues, which is very likely for the next two days as per the forecast suggested by the Indian Meteorological Department (IMD), lives of people living in downstream of the Hussain Sagar areas are likely to be disrupted.

The Hussain Sagar was built around 1566, about 25 years before was founded in 1591. The lake was built by Hussain Shah Wali, a sufi from Gulbarga, who was invited to the city by Ibrahim Qutb Shah (1550-80), the third king of the Golconda or Qutb Shahi dynasty (1518-1687), which built Golconda fort and also Hyderabad.